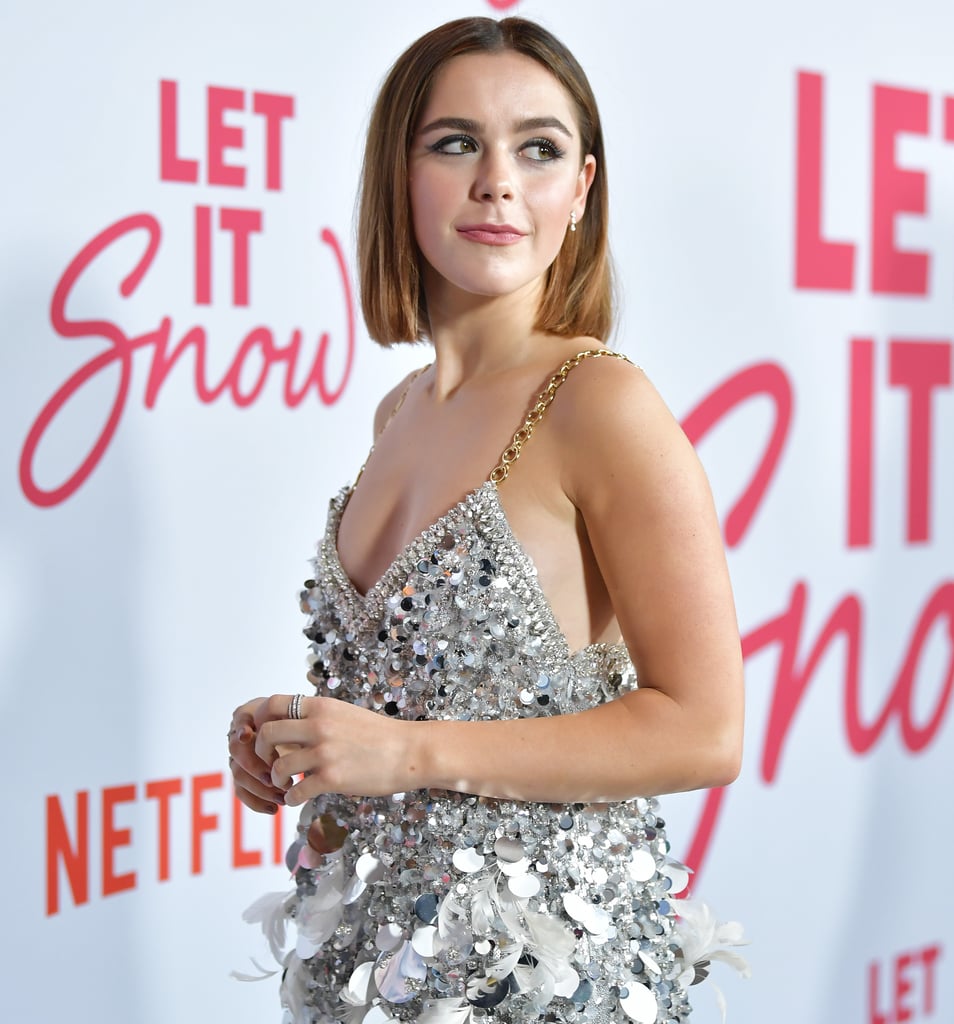 Kiernan Shipka joined the cast of Let It Snow at the LA premiere, and walking the red carpet appeared to be literally like walking through a Winter wonderland. Kiernan wore a dazzling Miu Miu minidress for the occasion — the label is a go-to for the 19-year-old actress — covered in silver paillettes with crystal and feather detailing. The bodice, which swung delicately above Kiernan's knees, was secured with chain-link straps, and beads dropped from the hemline, almost like icicles from your roof. Essentially, Kiernan was wearing a pile of snow, you guys, albeit the prettiest pile of snow we've ever seen.

She accessorized with metallic platforms and simple drop diamond studs by Anita Ko, obviously requiring very little to become the center of attention in this outfit. Kiernan complemented costars Odeya Rush and Isabela Moner, who also went for looks with a shimmer in light of the holiday. Kiernan is never one to shy away from making a fun statement, even when she's casually out with friends or running errands. That's why we're guessing she said something like, "Find me a dress with more sequins than it is humanly possible to count!" and her team followed suit. While you likely won't be able to compete with Kiernan's shine, we rounded up plenty of similar options for you to keep in rotation this season.