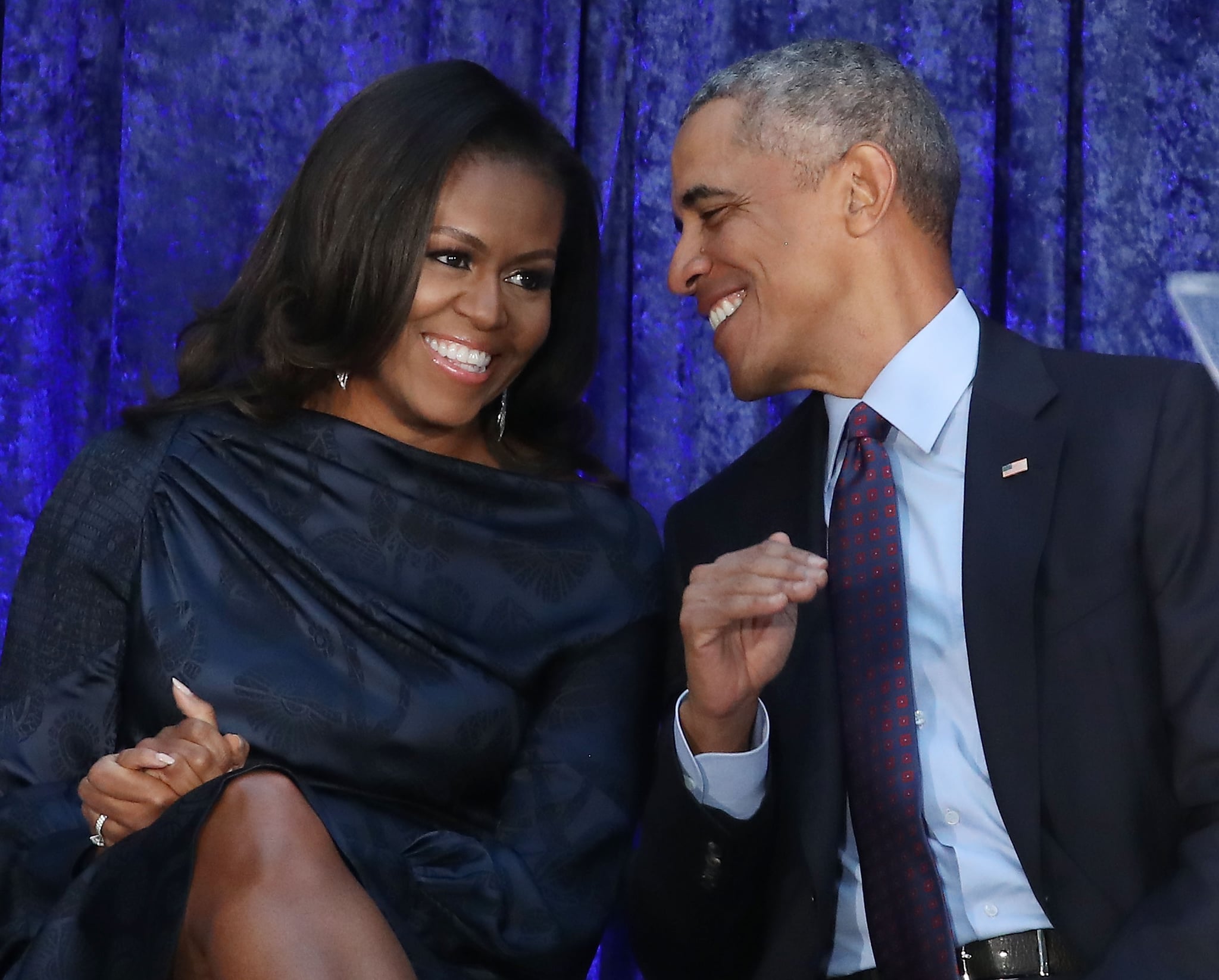 Michelle Obama is putting her newfound knitting hobby to good use. After telling Ellen DeGeneres about the skill she picked up during shelter-in-place, the former first lady recently expanded further on what she loves about knitting during a CBS This Morning interview with Gayle King. A word of advice? Don't call the pastime an "old lady" activity when you're talking to Michelle.

Gayle told Michelle, "I was surprised you're knitting . . . no disrespect, but that sounds very old lady." But the former first lady said it's actually in line with her personality because she likes "creating something out of nothing." She jokingly told Gayle, "I don't want you to come for my knitting community!"

Michelle is making all sorts of gear for her loved ones at home, including a crew neck sweater for Barack that he hasn't worn . . . yet. "He will [wear it]," she assured Gayle. "It was finished when it got a little warmer, so it's ready for him." The halter tops she made for daughters Malia and Sasha, however, are already a huge hit. Watch Michelle get excited about all things knitting in her chat with Gayle in the video below, starting at the 5:05 mark.

by Angelica Wilson 8 minutes ago