This isn't the first time we've seen Kim's booty in a magazine! In October, British GQ named Kim Woman of the Year, and fashion photographer Tom Munro shot the star naked in bed, rolling around on satin sheets. 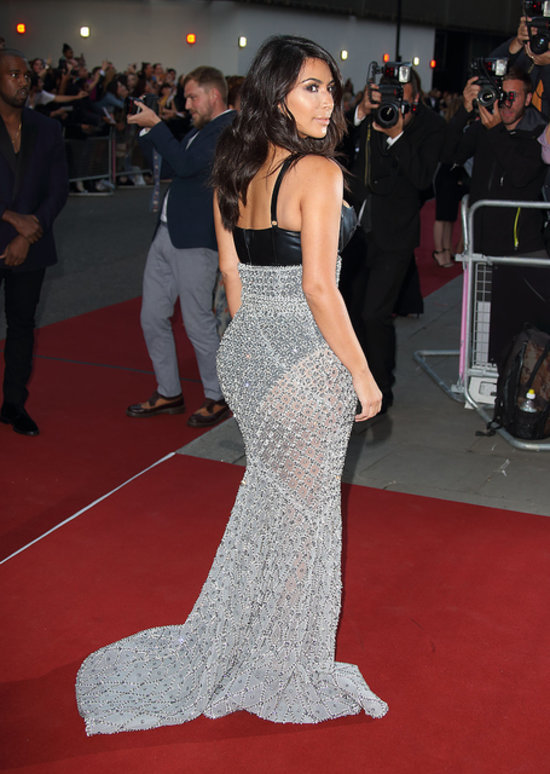 Leave it to the booty maven herself to sport a sheer Ralph & Russo embellished skirt and bustier bodysuit to the GQ awards. She didn't only put her bum on display — eyes were on her cleavage too!

But when you can only catch a glimpse of her from behind, you do as Usher does and take a peek!

by Kristin Harris 1 hour ago