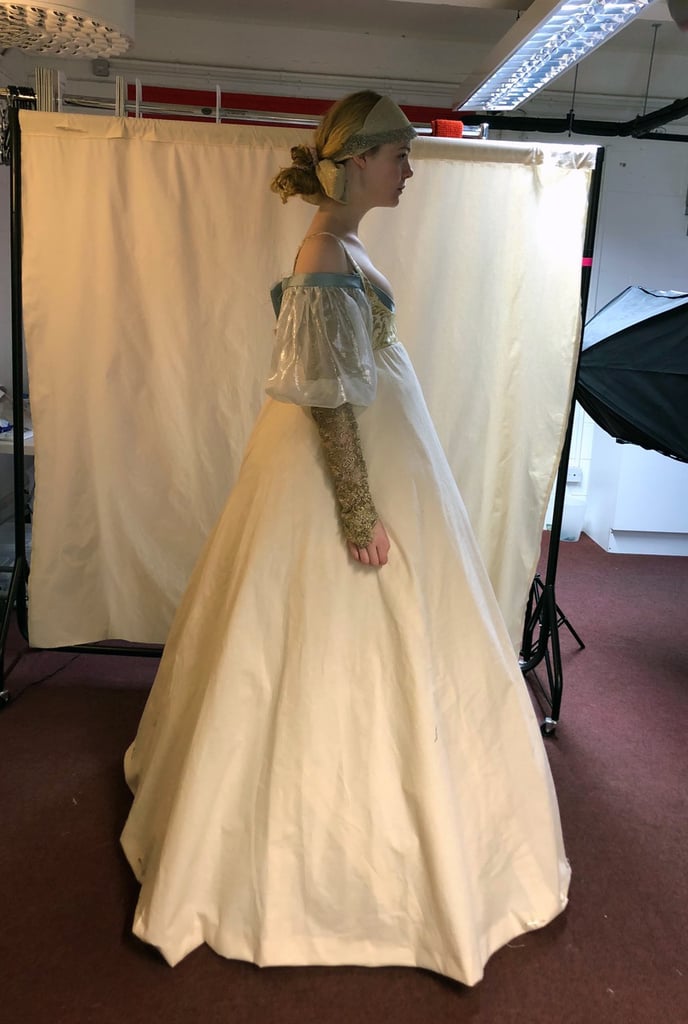 "The coronation costume is scripted. It's a traditional Russian sarafan that we started developing two months before Elle ever put it on. We reckon that, in total, it took three people two weeks to complete it. It's quite complicated to make something that could look frumpy appear beautiful. The shape of it is a bit like a farthingale, and the members of our work room shaped the skirt first, so we could try that on Elle as soon as possible and establish the shape over her pregnancy, the bump almost disappearing into this kind of cone shape. But it wasn't a maternity dress, which was great, because I think that helped Elle feel beautiful," Long said.