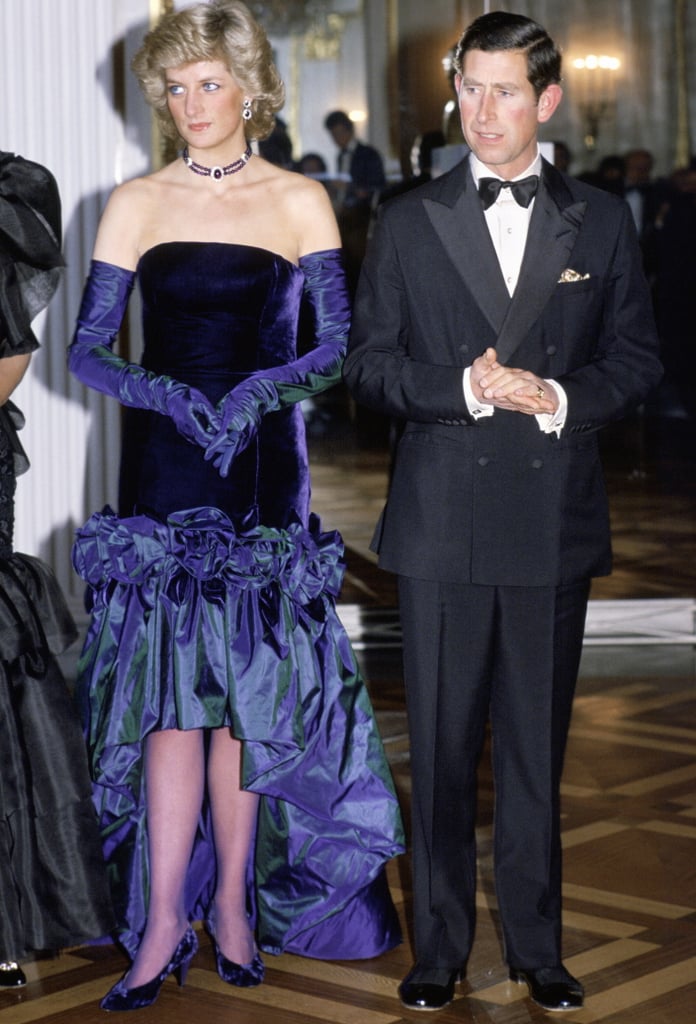 We're just going to be real, guys — Princess Diana and Prince Charles were far from a perfect match. The two got engaged in February 1981 after going on only a dozen dates, and they wed five months later in a lavish ceremony at St. Paul's Cathedral in London, capturing the hearts of millions. However, it wasn't long before rumors started circulating about their tumultuous, drama-filled union, and the two eventually divorced in 1996. Their marriage may have been anything but magical, but there's no denying that the late Princess Diana was a total fashion queen, and the two had some pretty chic fashion moments together as well. Check out the gallery for just 22 of the royal couple's most stylish ensembles as husband and wife.