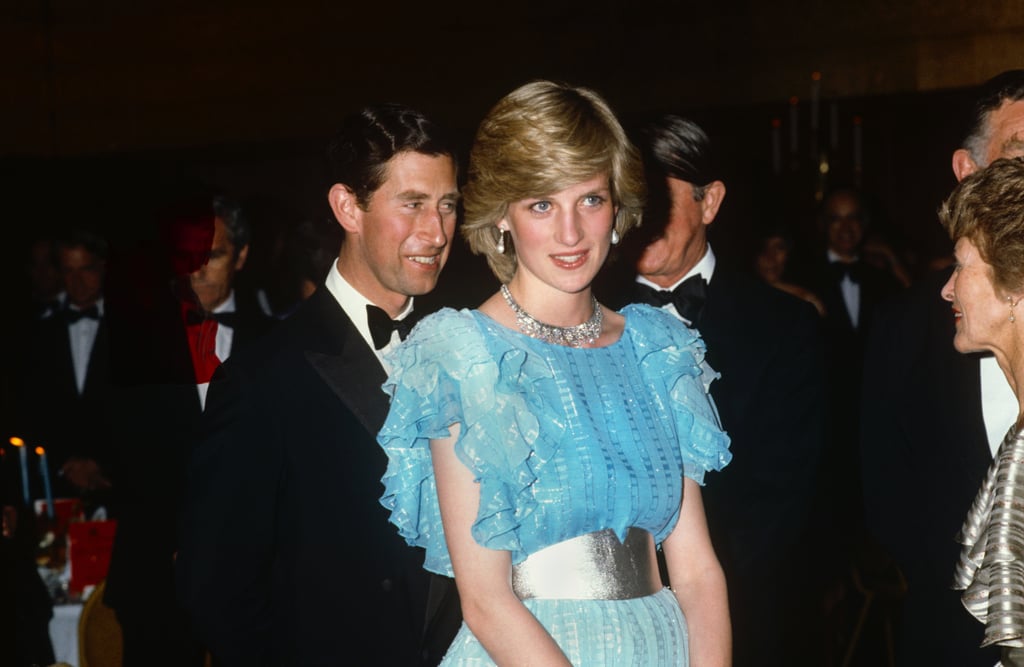 Prince Charles and Princess Diana had a tumultuous, scandal-ridden marriage that spanned the 15 years between 1981 and 1996, when their divorce finally became official. While their union was marked with embarrassing rumors and affairs, there's nothing brighter than their children, William and Harry, to shed light over the dark spot that was cast by their split. Sadly, Diana was killed in a car accident in 1997, while Charles went on to marry Camilla, now the Duchess of Cornwall, in 2005. But the pair's former relationship will always be an important part of the royal family's history. Ahead, revisit some of their many moments together, including their wedding day and the joyful snaps after their sons' births.

Eminem
Eminem's Daughter Hailie Jade's Relationship With Evan McClintock, From College to Getting Engaged
by Eden Arielle Gordon 3 hours ago

Celebrity Couples
From 50 Cent to DeVon Franklin, All the People Meagan Good Has Dated Over the Years
by Alicia Geigel 4 hours ago

Adele
Adele and Her Boyfriend, Rich Paul, Turn the Grammys Into a Glamorous Date Night
by Monica Sisavat 23 hours ago