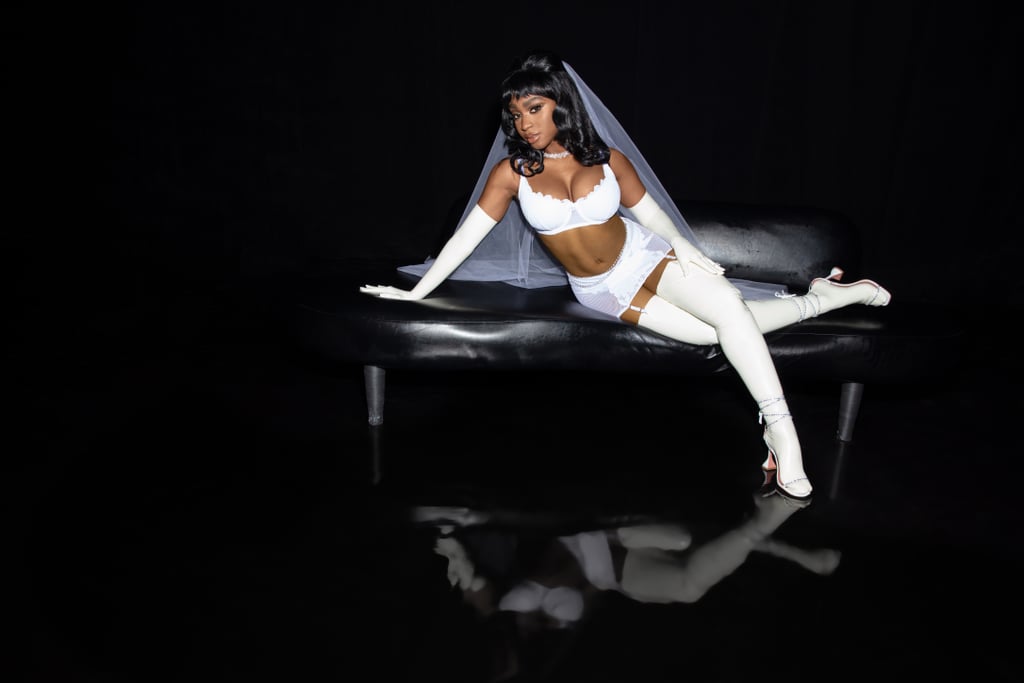 Rihanna may have just pulled off her greatest magic trick yet: offering a second installment of her escapist, inclusive, and fiercely sexy lingerie show . . . and doing so safely during a global pandemic. On Oct. 2, Amazon Prime Video subscribers will be able to stream Savage x Fenty Volume 2, a thrilling visual event consisting of choreographed moments and music performances, as well as traditional runway walks.

Within the show were various vignettes, including an Avatar-like nature scene in which Rihanna emerges from a supersized flower. In another moment, Bella Hadid, Demi Moore, Indya Moore, and many others wear sleek, all-black lingerie, which is contrasted by the appearance of Normani in a white bridal look. The show's choreographer, Parris Goebel, also performed during a high-tech moment involving projections of cursive text.

In fact, Parris earned an outstanding choreography Emmy nomination for her work in last year's Savage x Fenty show, which was a similarly elaborate production with all sorts of stars and models. At this point, it's hard to imagine how Rihanna will continue to top herself, but it's become clear that she's in a league of her own.

See the most stunning pictures from the Savage x Fenty Volume 2 show ahead.

Oscars
Rihanna Earns First Oscar Nomination For "Lift Me Up" From "Black Panther: Wakanda Forever"
by Njera Perkins 4 days ago