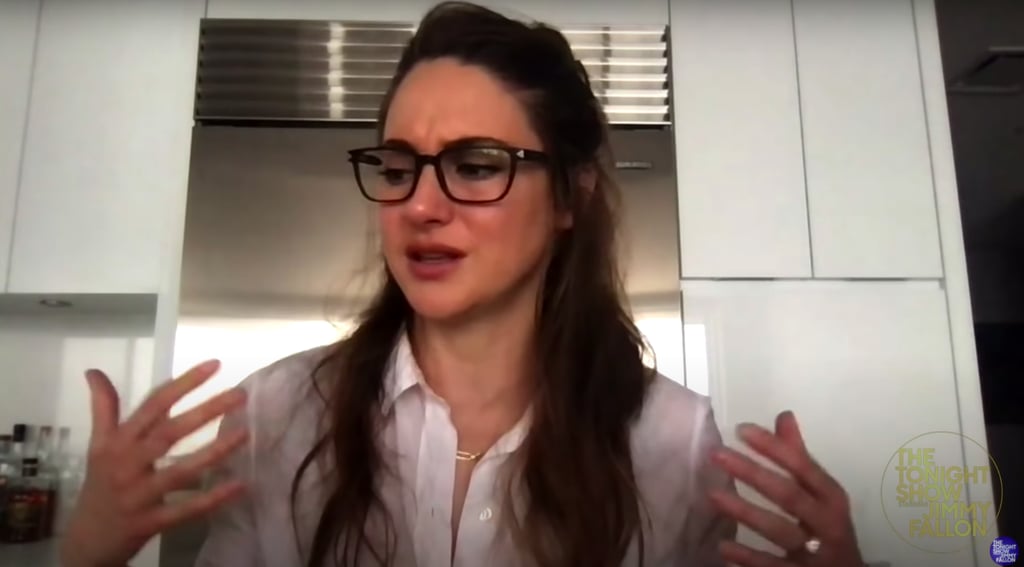 It's official! Just a few days after we learned that Shailene Woodley and Aaron Rodgers were in a long-distance relationship, the Green Bay Packers quarterback announced he's engaged, and we finally got a glimpse at the gorgeous ring. The actress went on The Tonight Show Starring Jimmy Fallon to confirm her relationship with her fiancé, Aaron Rodgers, and to promote her upcoming movie The Mauritanian.

Previously, we learned that Aaron had confirmed his engagement without saying who his fiancée was while accepting the MVP award during the NFL Honors ceremony on Feb. 6. During the Tonight Show segment, we caught a quick glimpse of Shailene's engagement ring, and all we have to say is wow! If you blink, you'll most definitely miss it, but around minute 6:15 of the video, we get a peek at her gorgeous diamond ring. Keep reading to watch the entire video and see a closer look at her ring, too.