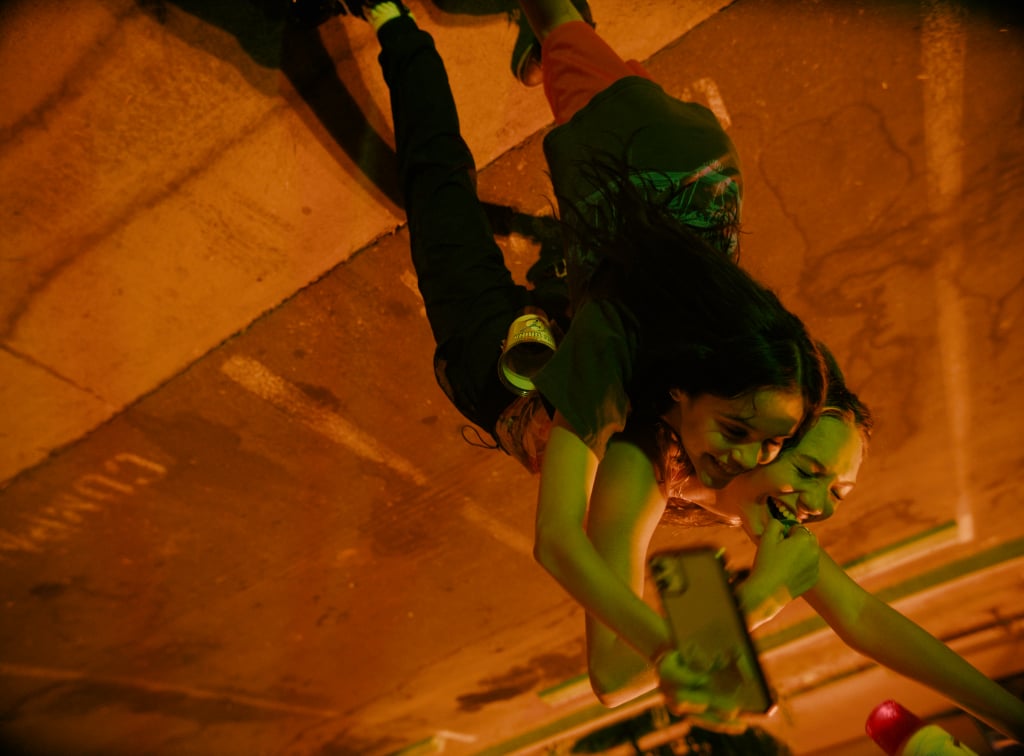 How Jenna Ortega and Maddie Ziegler Were Styled For The Fallout, From Thrifting to Mask Fittings

Costume designer Tasha Goldthwait helped bring The Fallout to life with her incredible wardrobe craft. The Megan Park-directed movie, which premiered at SXSW on Wednesday, March 17, won the grand jury prize for best film, and Park received the Brightcove Illumination Award for excellence in directing. If that doesn't already capture your attention, the storyline and actors involved will.

"It's interesting — in all my fitting photos, the talent is wearing KN95 masks and I would wear the same, plus a shield."

The film follows the aftermath of a high-school shooting from Vada's (Jenna Ortega) perspective, and we see how her relationships play out with her best friend Nick (Will Ropp), new friends Mia (Maddie Ziegler) and Quinton (Niles Fitch), and family members, which include her younger sister, Amelia (Lumi Pollack), and mom (Julie Bowen of Modern Family). "Megan was the perfect writer and director to bring this unique perspective forward. I was excited for the trust she gave me in order to explore character and story through wardrobe choice. These characters are honest, and their vulnerabilities are relatable and very real. I wanted to echo the same timbre and content through my work," Tasha told me.

The cast were troopers throughout production, which started in March 2020 and went up and down due to COVID-19. Tasha confirmed it was one of the first films made and completed during that time. "It's interesting — in all my fitting photos, the talent is wearing KN95 masks and I would wear the same, plus a shield . . . Jenna was my first fitting back into the world, and she made it so easy. We both communicated about the character in the same way," she said, later revealing that Jenna ended up keeping the sweatshirt she wears in the first scene of the film. While the story arc is dark, it is important, and through my interview with Tasha, we explored how the clothes truly complete the narrative in this very real world of teenage angst. Read on to explore more, get the rundown of each character's style, and see some behind-the-scenes images captured by Jenna on set.

Kim Kardashian
Kim Kardashian Posed in the Shortest Under-Boob Crop Top, and Fans Have Thoughts
by Sarah Wasilak 16 hours ago