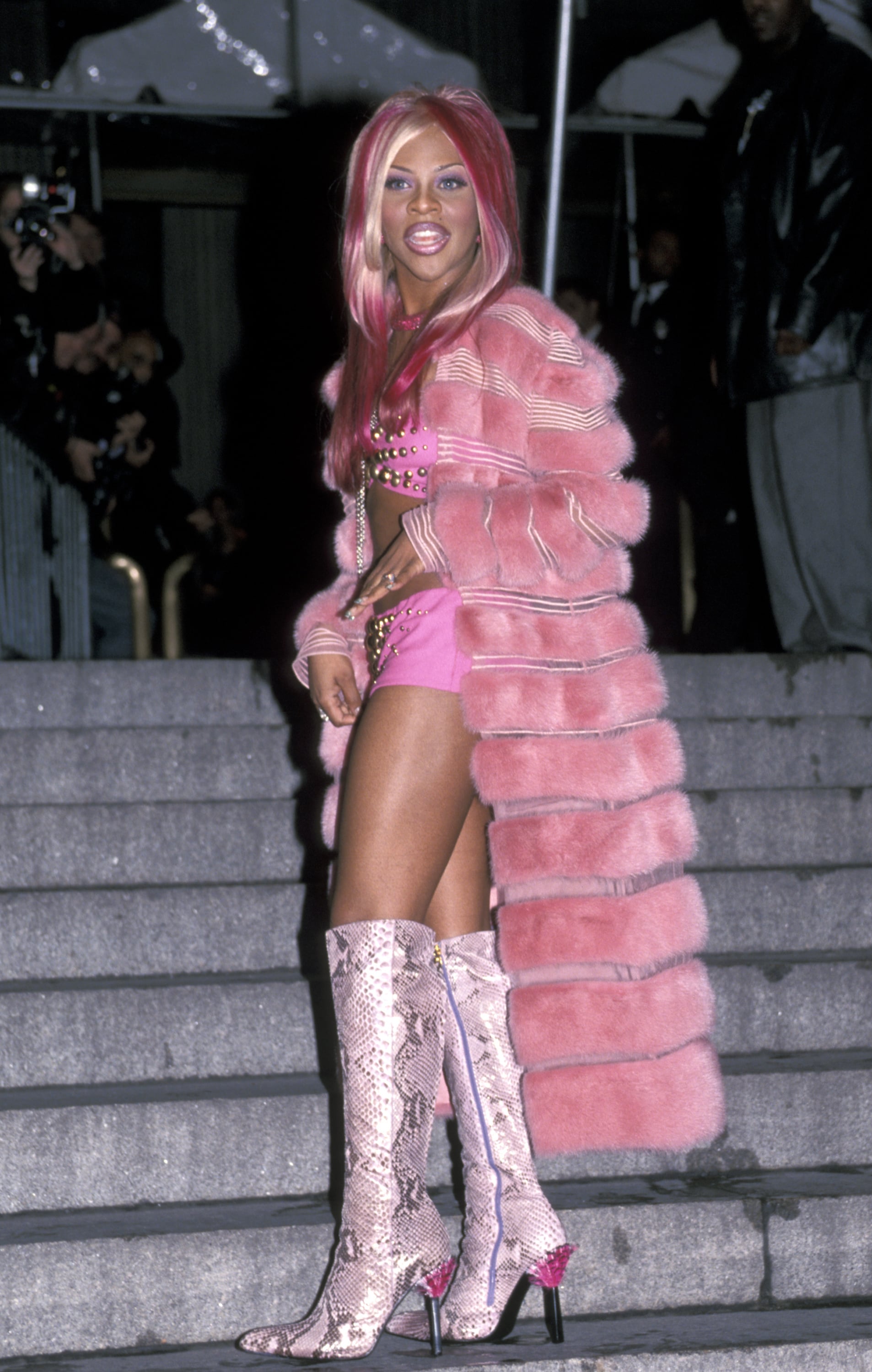 Before watching The Remix: Hip Hop X Fashion, I didn't realize the extent to which Black culture shapes the fashion industry. I knew about logomania and Lil' Kim's purple pasty outfit from the VMAs in 1999 — but I didn't understand how stylists Misa Hylton and Dapper Dan created a '90s subculture now used by the likes of Kylie Jenner, Megan Thee Stallion, Cardi B, and countless luxury brands to represent what is hot, young, and cool.

The Remix: Hip Hop X Fashion introduces us to some of the women behind hip-hop's most influential style moments. Historians, stylists, designers, publishers, and editors from the United States, London, and Milan explore how the '90s "ghetto fabulous" aesthetic continues to transform contemporary culture — especially when it comes to social media, nostalgia, and cultural appropriation.

"I grew up naïve thinking that most of these rappers that I was looking up to dressed themselves," Pyer Moss designer Kirby Jean-Raymond says in the documentary. "Then I found out that it was Misa Hylton behind these iconic looks, and when you find the people behind it, it makes the story that much more special."

"Fashion for African-American people is something we take pride in. It's a way to express ourselves that is just so natural. The way that we do our hair. The way that we get dressed every day. The fashion that we gravitate to is so interesting, and it's different," Misa Hylton says in The Remix: Hip Hop X Fashion. "It inspired me as a child, but I could never have imagined how powerful what I created as a stylist would become and how it has gone so far out. It has gone around the world and come back." Hylton's clients included Lil' Kim, Missy Elliot, and Mary J. Blige, to name a few. She is credited for taking traditionally masculine elements of hip-hop and reinterpreting them to create the feminine, sensual female-rapper aesthetic that defines pop culture imagery today. 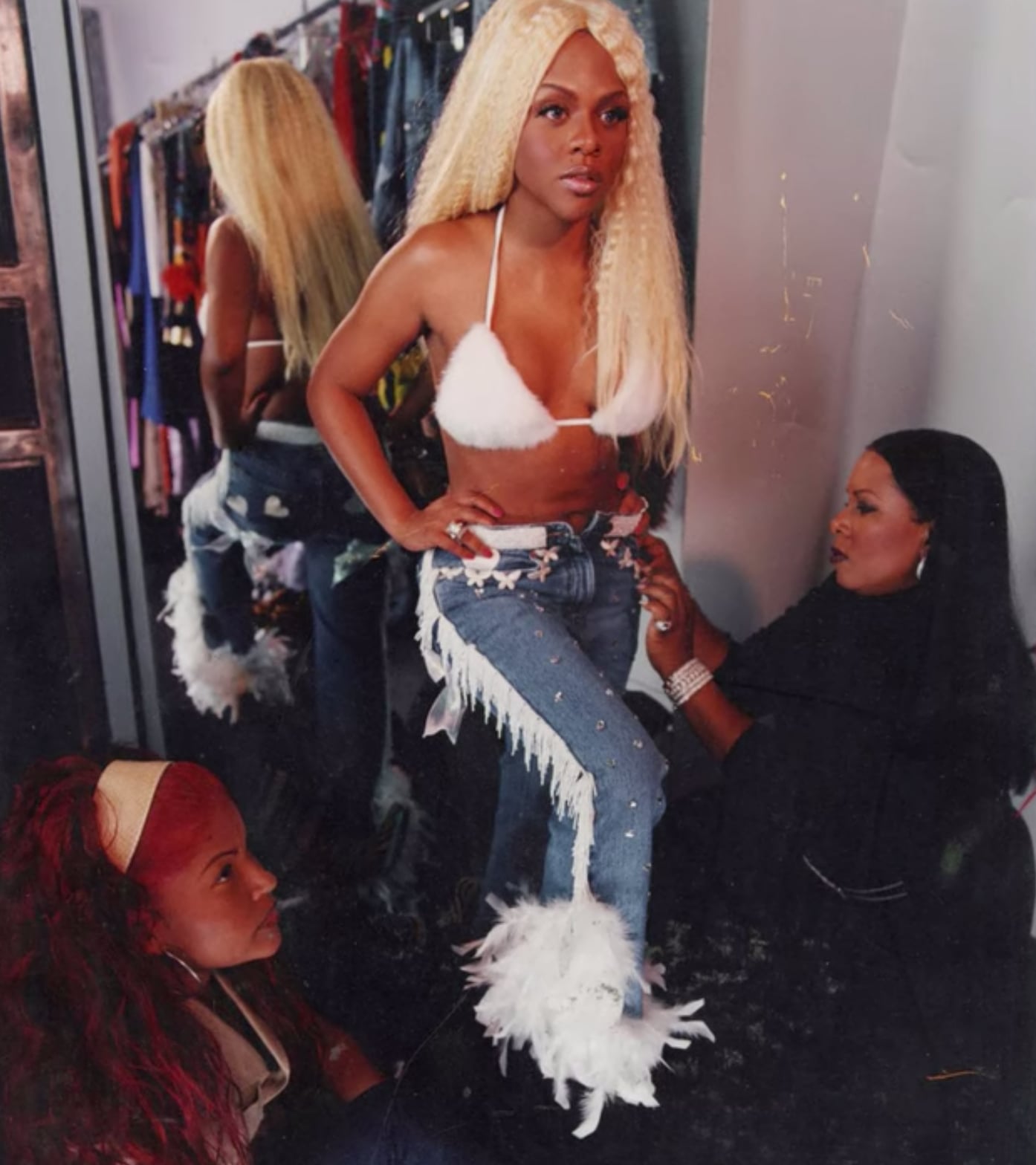 "Misa Hylton came along, and she really upped the ante. She took traditional fashion looks, and the style, and the spirit, and she gave it that Black edge," former fashion and beauty advertising director of Vibe Magazine Bevy Smith explains in the documentary. The magazine's former editor-in-chief, Mimi Valdes, also praises Misa for creating "some of the most amazing looks in hip-hop. People need to know her name."

"Starting in the early '90s, It was actually a real turning point in the way that fashion was utilized in the world of hip-hop," stylist and vintage clothing dealer Gabriel Held says in The Remix: Hip Hop X Fashion. Before the '90s, both women and men in hip-hop had to portray a masculine persona to be taken seriously. Elena Romero, author of Free Stylin': How Hip Hop Changed the Fashion Industry, explains in the documentary that "women would have to hide their femininity. Even wearing pink would be considered a sign of weakness." 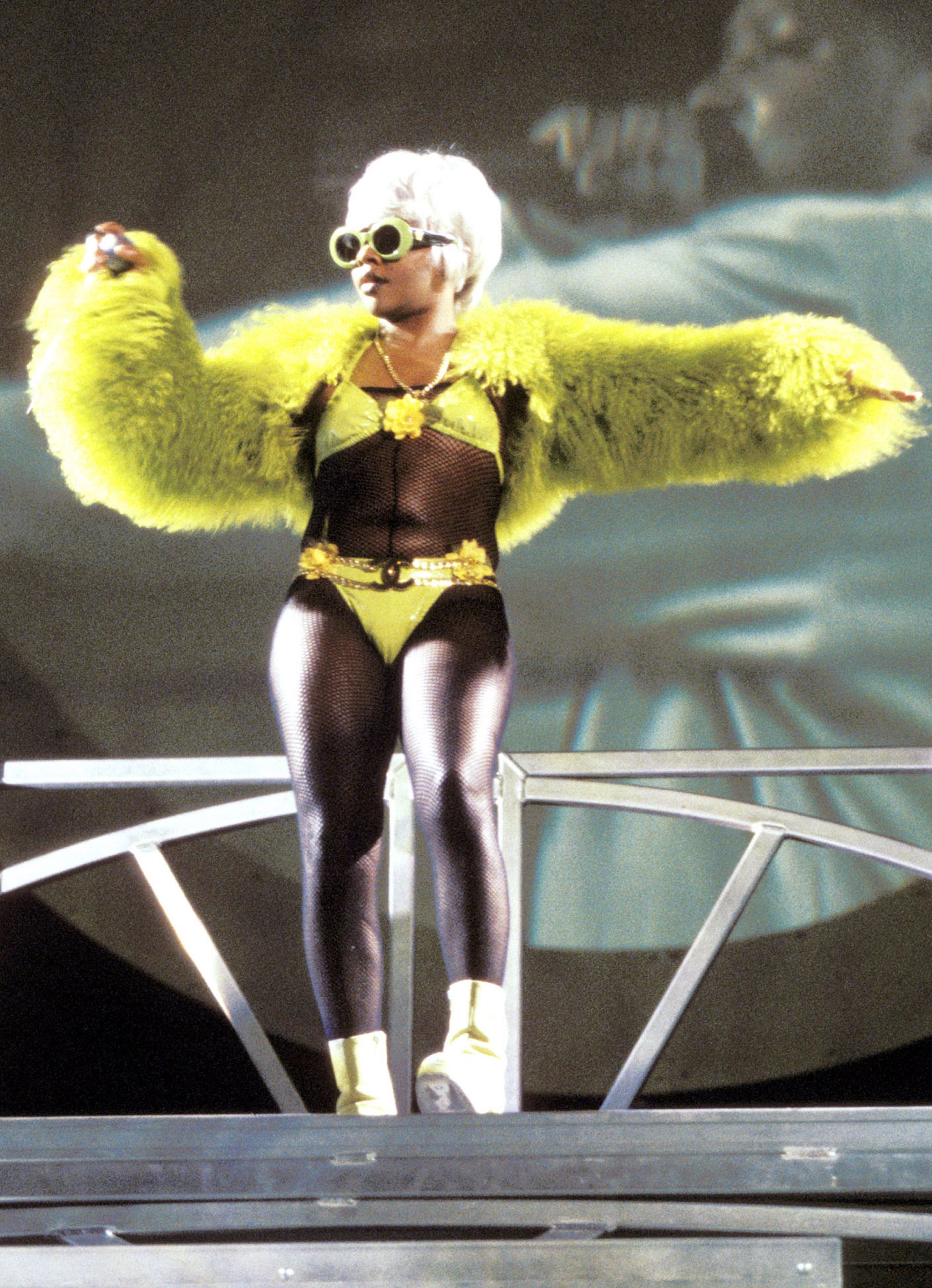 Hip-hop was extremely restrictive in how people could express sexual and gender fluidity, which is why Hylton's new take on the female rapper was so revolutionary. She used fashion and style to deconstruct how gender and sexuality was expressed in the world of hip-hop. Where Hylton introduced new archetypes for women to exist powerfully in a male-dominated industry, Dapper Dan reconstructed and manipulated fabrics from luxury labels to subvert ideas of class and success in Black communities. Hip-hop historian Michael Holman explains at length in The Remix: Hip Hop X Fashion the process of deconstruction and subversion in the creation of iconic Black imagery, and how cultural appropriation by both Black culture and the white establishment work in a kind of symbiosis to accelerate and erase the influence of the Black experience.

"Hip-hop has a love affair with luxury brands because it symbolizes the fact you've made it," says Nikki Ogunnaike, former style director at Elle.com. Bevy Smith adds that "it didn't necessarily have to be about a label — it was about a lifestyle; you could be wearing a tennis outfit and you've never played tennis, or a pair of jodhpurs and you've never rode a horse." 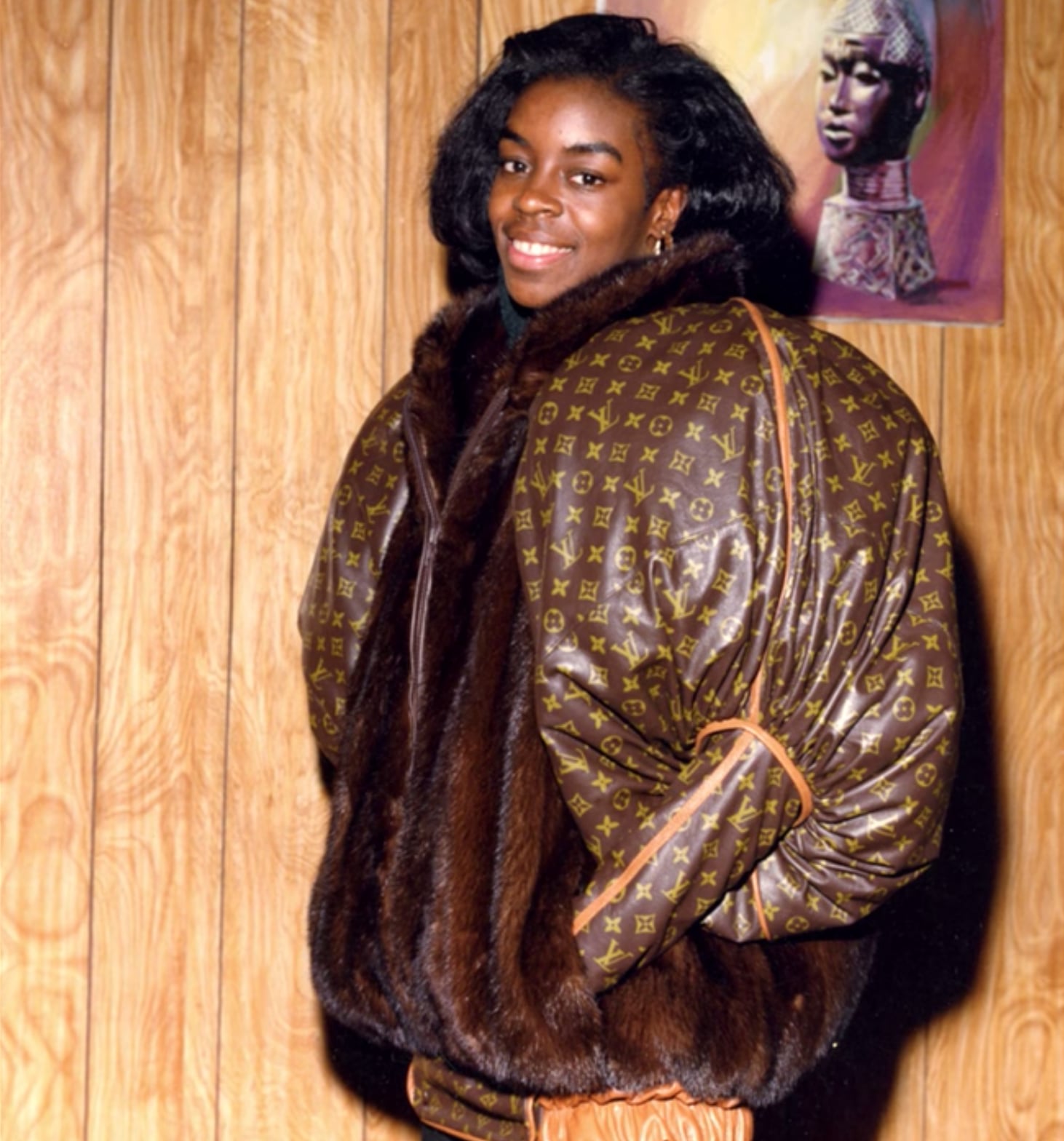 Dapper Dan understood very early on the effect that the "luxury lifestyle" could have on boosting morale in Black working-class communities. "I knew growing up poor, holes in my shoes, how transformative being able to dress could mean. No matter where you live, if you have a beautiful outfit, and you put it on, and you go downtown, no one's better than you," he shares in the documentary.

"One day a customer came in and they had a Louis Vuitton pouch — everyone knew this guy was a big hustler, and they were admiring that pouch. Then I thought to myself that if they were that excited over that pouch, imagine how excited they would be if I could make them complete outfits just like that pouch." And that's how the logomania aesthetic was born in '90s New York City. 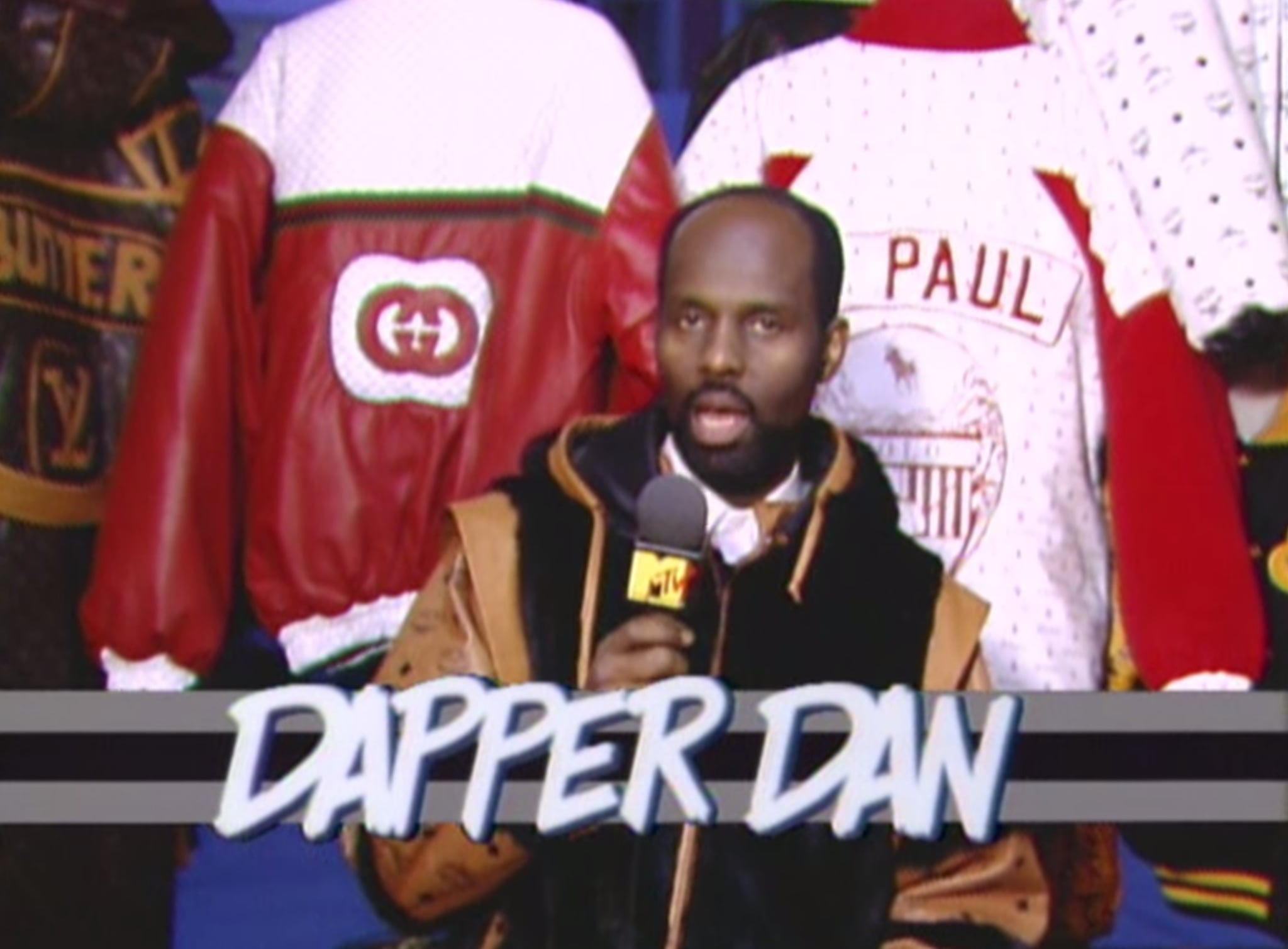 "These logo names and luxury goods often come to stand in for political and personal freedom that they're not about," explains Rhonda Garelick, professor at Parsons and critic at The Cut, in The Remix: Hip Hop X Fashion. "They're about exclusion, and reappropriating them can feel liberating, but even more liberating is to ironize them, like Dapper Dan has done."

The Remix: Hip Hop X Fashion is an essential watch for anyone who truly loves fashion, style, and personal expression. The documentary shows the history of how stylists Misa Hylton and Dapper Dan created one of the most influential aesthetics in fashion history, which continues to be reappropriated by luxury brands, who previously left these image pioneers out of the conversation. Heritage houses like Fendi, Gucci, and Yves Saint Laurent are just a couple that capitalize off of the "ghetto fabulous" aesthetic now, which was once excluded from being acknowledged by the fashion elite in the '90s and early 2000s.

The legacies of Hylton and Dan can be seen in a multitude of fashion imagery today, most notably when Dapper Dan's custom puff-sleeve Louis Vuitton jacket pictured above inspired a very similar "homage" jacket for Gucci's Cruise 2018 collection. Dapper Dan also created a custom Fendi monochrome logo-print jumpsuit in the '90s that was recently remade by the brand for its autumn/winter 2018 collection. Hylton is best known for the purple-pasty look she styled Lil' Kim in for the '99 VMAs, and this look has been replicated by everyone from Yves Saint Laurent to Miley Cyrus, Nicki Minaj, Lady Gaga, Rihanna, and Cher. To truly understand how and why the fashion industry came to be what it is today, enjoy the stories of some of the most prolific behind-the-scenes image-makers in The Remix: Hip Hop X Fashion, streaming now on Netflix.