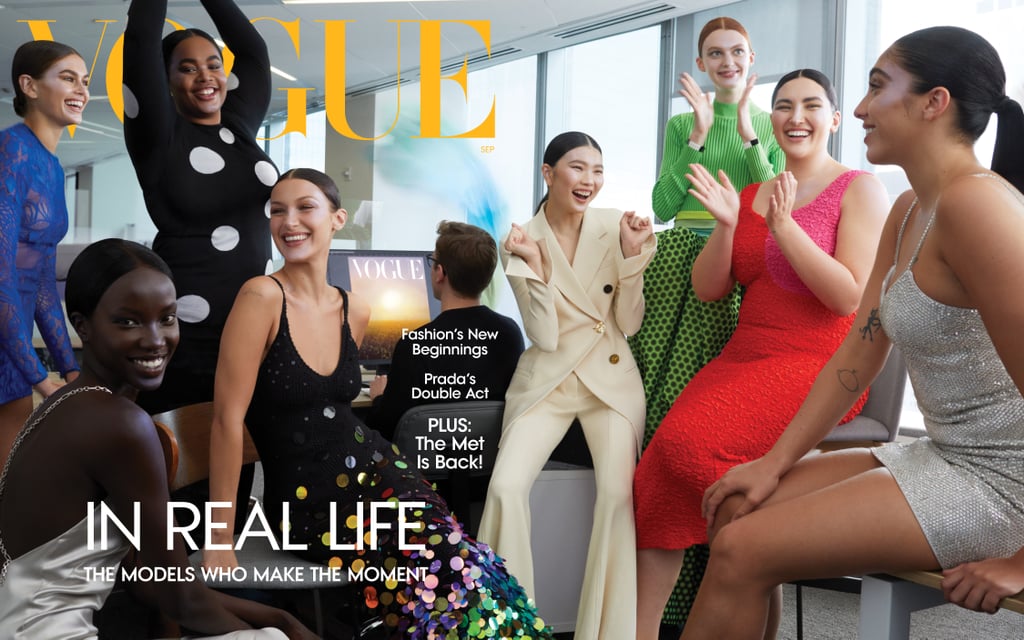 Bella Hadid and Precious Lee Are Among the Models on Vogue's Inclusive Cover — and Bella's Slip Was Decorated by Interns!

Vogue's September 2021 issue ushers in a new globally collaborative storytelling edition for the magazine called "New Beginnings." The theme, meant to center on diverse faces, sustainability, and inclusivity in the industry, will run across all of the brand's content and be published in 20 languages. We start here, with "Models Changing an Industry," a cover story by Maya Singer about Anok Yai, Ariel Nicholson, Bella Hadid, Lola Leon, Sherry Shi, Yumi Nu, Kaia Gerber, and Precious Lee, along with the designers and full casting teams they work with on set at their jobs.

The photos, taken by Ethan James Green, were shot at Vogue's offices and introduce us to a celebratory scene where everyone is included — assistants, editors, and stylists — because fashion is for everyone. Speaking of which, designer Christopher John Rogers, who dressed Bella Hadid for the cover, posted about the hand-knit merino slip you see her in, embellished in-house with paillette sequins by his interns! We love to see that sense of community being carried out full circle, through every little detail that went into planning a moment made to represent unity.

Read on to see Precious Lee getting dressed in another incredible graphic look by CJR and towering Peter Do lucite heels — "I always knew I'd be on the cover of the September issue," she said, cemented as the first line of the article — along with the rest of the empowering perspectives, then read more from the exciting feature at Vogue.com, and be sure to watch the video after the jump called "Representation Is the Bare Minimum," where these leaders discuss the matters that are critical to the progression of their careers in fashion, many of which were largely started on social media.

It's about respect and dignity, as Chromat designer Becca McCharen-Tran points out in the piece, referring to the changing and evolving casting process. We can only hope that, as Vogue readers, we will continue to see those two values extended to many more covers than this one.

Vogue's September 2021 issue is available on newsstands nationwide on Aug. 17. 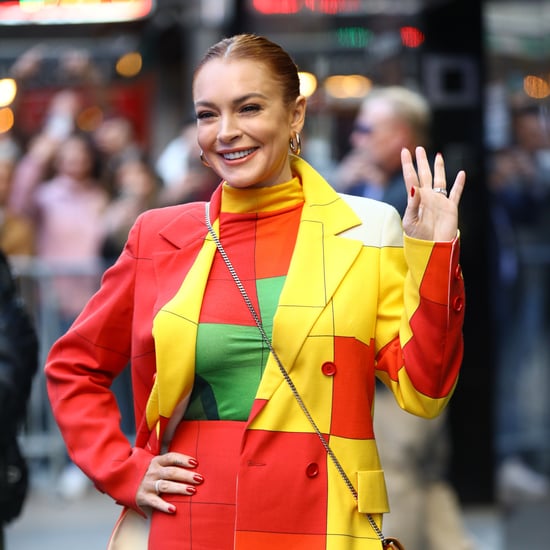