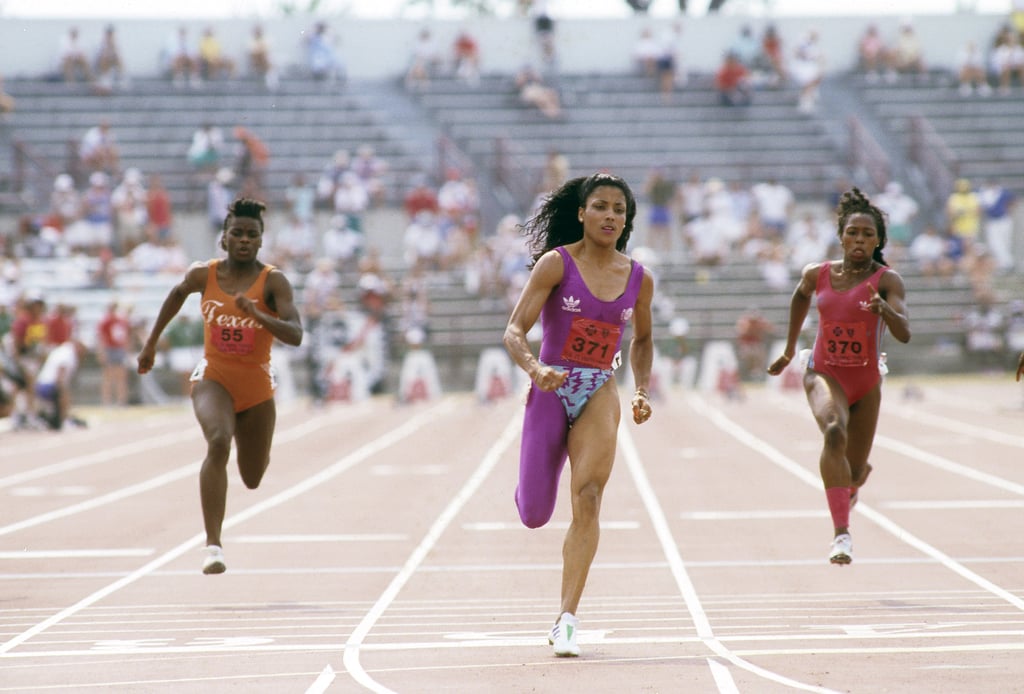 Perhaps the best thing we can do to celebrate Women's History Month is to look back on the moments when they broke barriers. In the sports camp, there is a lot to reminisce about. We have marveled over so many of Serena Williams's championship tennis outfits by the likes of Off-White and counted her tremendously cool lineup of sneakers, but there are so many more women athletes who set records in outfits they may not have known would become iconic.

Take Billie Jean King, for example, who beat Bobby Riggs in a Ted Tinling crafted dress she wasn't even supposed to wear! (Yup, it was a back-up that had rhinestones stitched on quickly the morning of the match.) Then there's soccer player Brandi Chastain's black Nike sports bra, which she revealed when she took off her shirt to swing her jersey in triumphant victory — it's now framed and hanging up in her house. And Flo-Jo's one-legged jumpsuits were iconic enough to be recreated by Beyoncé for Halloween.

Ahead, find more stories that aren't so much about glitz and glam, but came to be respected and renowned for the clothes all the same.

Beyoncé Knowles
The Designer of Beyoncé's Sustainable Mesh Minidress Is Thrilled: "The Day Has Finally Come!"
by Sarah Wasilak 2 hours ago

Red Carpet
Who Can Think About Low-Rise Jeans When We Have Vanessa Hudgens's Jaw-Dropping Hip Cutouts?
by Sarah Wasilak 18 hours ago

Gwen Stefani
Gwen Stefani Rewore Her "Don't Speak" Music Video Dress, and There's No Doubt It's a Classic
by Victoria Messina 2 days ago