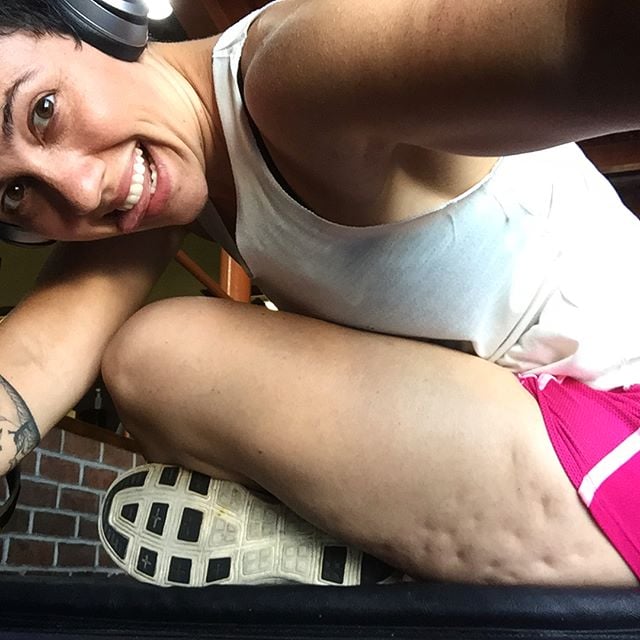 If you haven't already, Jessi Kneeland would love to introduce you to her "fancy fat" otherwise known as the pretty dimples along the back of her legs and butt.

Unlike other workout enthusiasts, this fitness trainer doesn't think her cellulite is bad or focus with clients on getting rid of theirs. "There is absolutely nothing objectively true about statements like 'cellulite is ugly' or 'perfectly smooth and toned is more attractive,'" Jessi wrote on Instagram.

Jessi is hoping to change the way you see these "flaws" by interrupting old and negative thoughts, challenging them, and being more positive moving forward — which is why she has recast her "embarrassing" cellulite into the role of beloved fancy fat. "I share photos of my body and it's so-called 'flaws' often because, as a personal trainer, I realized that all those fitspo type 'inspirational' photos are posed, well lit, and ultimately dishonest," Jessi told POPSUGAR. "Transparency is a high value of mine, and I think all those perfectly lit and posed photos are damaging, because they're unrealistic and make women (even those who are fit and healthy) feel bad about themselves, because they're comparing to an image which isn't realistic."

However, a stranger didn't see it this way and decided to publicly body-shame Jessi. "Spin it anyway u want, having unhealthy body fat like that is not natural, it's because u eat or use to eat shitty food and ur body has stored it!" the man commented on Instagram. "Stop eating sh*t food and burn more calories that u put in ur face and it will go away."

For this hater, Jessi not only shared a photo of her strong body, taken a day after her cellulite shot, but also with a perfect clapback:

Sorry dude, I didn't realize I have cellulite because I'm just TOO FAT!

Don't worry though. Me and my "unnatural, unhealthy body fat" are just gonna be over here helping women understand that there is NOTHING wrong with cellulite (or anything else about their bodies!) and that trolls like you are ignorant and uneducated.

Also I'll keep spinning my body as "none of your damn business." Because, yeah. That. 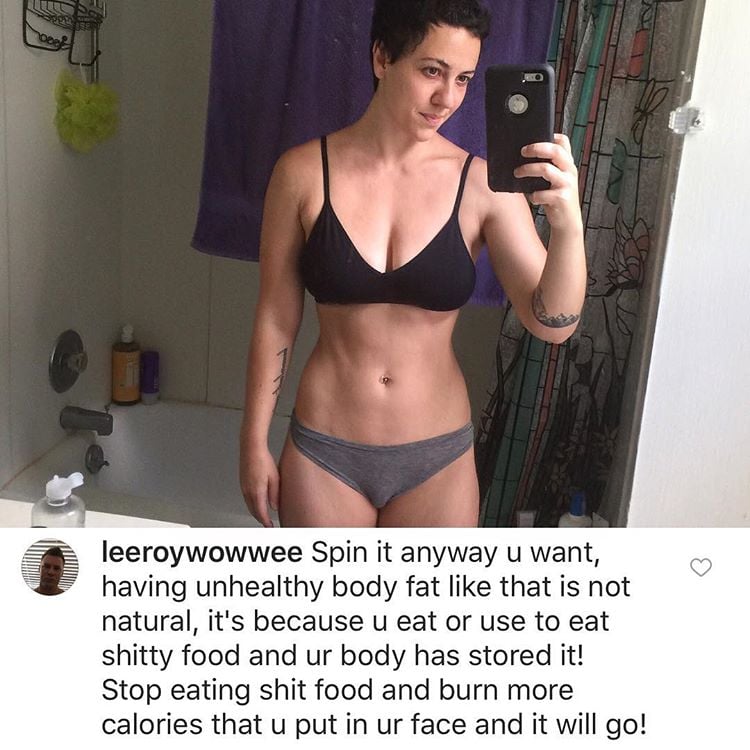 Related:
How to Diminish Cellulite While Giving Your Self-Confidence a Boost

Jessi made the switch to being a body image coach a few years ago and strives to lead by example for other women still struggling with being comfortable with their bodies. "It took years of work to get here, and I'm very honest about that. I help women reframe these concepts like "cellulite is ugly and unnatural' because it's just not true — it's what we believe because people keep repeating it to each other," she said. "The only cure for cellulite is Photoshop. I had it when I was 12 percent body fat, and I have it now but it's all good."

She purposefully takes photos that aren't "perfect," like the cellulite snapshot that showcased her "dimples popping" in the gym mirror, to prove that these photos aren't just for a male's gaze. "A woman's body is not here to be looked at, judged, compared, criticized, or even admired," she wrote on Instagram. "When we get caught up in the cultural BS about what a woman's body should or shouldn't look like, and what she should or shouldn't do with it, we are robbing ourselves and everyone else of that human experience … when we live in shame about what people see and think when they look at us, we don't get to fully live."

If nothing else, Jessi hopes that women learn from her photos that you can notice cellulite without criticizing it, you can be aware of weight gain without stressing about it, and you can let your belly be relaxed, instead of feeling the need to suck it in, without letting the roundness embarrass you. "You CAN observe your body without shame or fear. It IS possible," she wrote. "No hiding, no posing, no pretending, no shame." 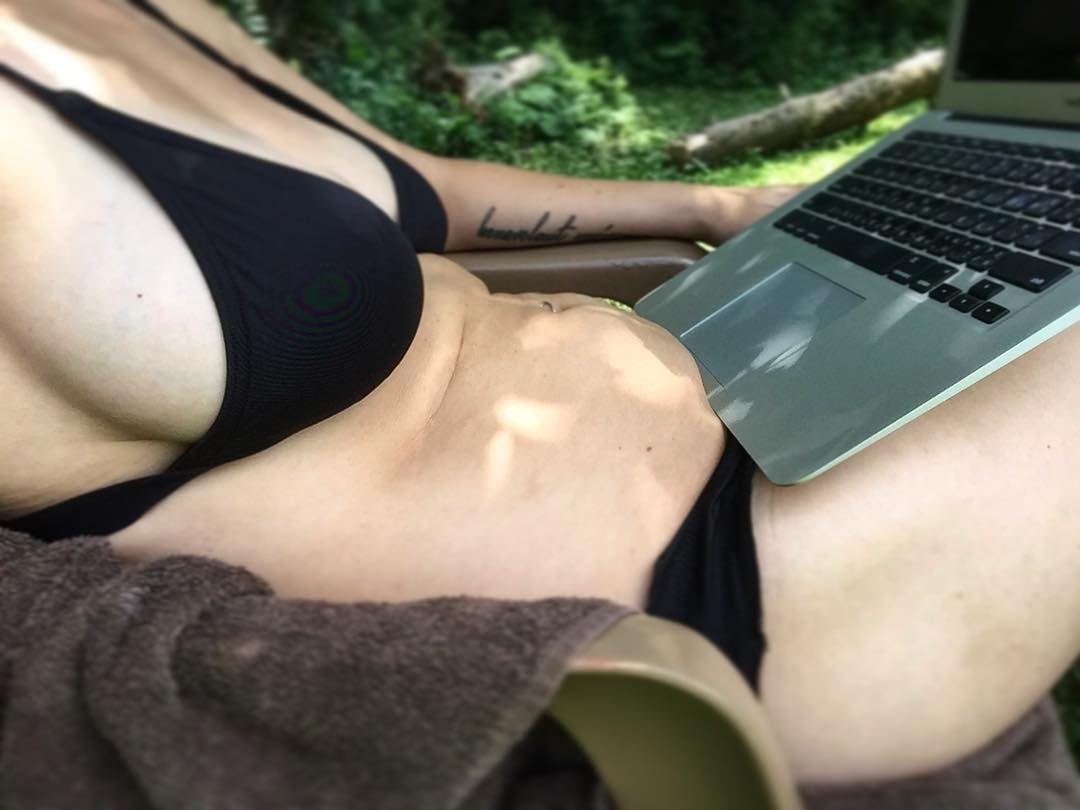