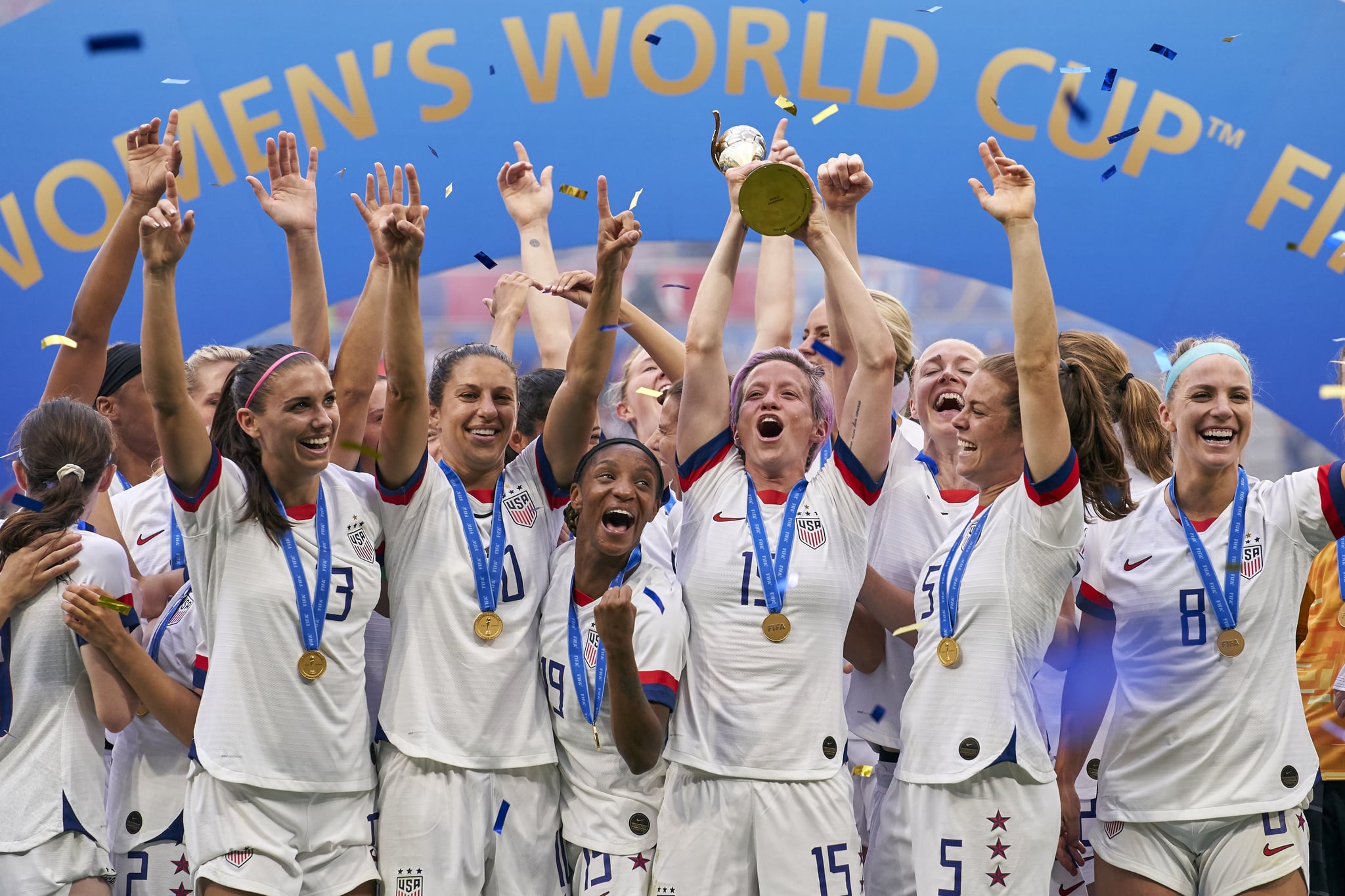 The US Women's National Soccer Team started the 2019 FIFA Women's World Cup with a record-breaking game against Thailand in Paris. The historic run ended with a stunning 13-0 victory, but that result is not the only thing that will leave your jaw on the floor. Here's what the team racked up on the way to defending its World Cup title.

The last time that the US and Thailand met up, in the 2015 tournament, the American women also scored a big victory of 8-0, but it's nothing compared to the 2019 game's margin. Prior to that game, the biggest margin of victory was Germany's 11-0 win over Argentina in the 2007 men's World Cup.

Related:
5 Major Differences Between the Men's and Women's World Cups

Forward Alex Morgan, one of USWNT's biggest stars, set an individual record in the match against Thailand. Over the course of the team's huge victory, Morgan personally scored five goals. That enormous achievement ties the record for most goals scored in a single game — the last woman to achieve that feat was Michelle Akers, who set the record during a 1991 match against Chinese Taipei.

In a postgame interview with Fox Sports, Morgan was at a loss for words regarding her historic achievement. "It's incredible, I don't know. I'm speechless," she said. "The ball just bounced my way tonight, and I'm so thankful."

Just six minutes elapsed between USA's fourth and seventh goals in the game against Thailand, the quickest four goals that have ever been scored since the Women's World Cup began in 1991.

Related:
Why Should Female Athletes Have to Apologize For Their Greatness?

Seven different players on the USWNT roster put points on the board, tying Germany for the most in a World Cup match. Those players included World Cup rookies Rose Lavelle, Lindsey Horan, Mallory Pugh, and Sam Mewis, and veterans Morgan, Megan Rapinoe, and Carli Lloyd. The US also became the first nation in tournament history to have three players score multiple goals in the same game (Morgan, Lavelle, and Mewis).

Perhaps unsurprisingly, Team USA's 13 goals also set an overall record for most goals scored in a single match. That's not just a record for women's soccer, but for soccer altogether: no other team, men's or women's, has ever scored 13 goals in a World Cup match before! "We really just came into the game really wanting to showcase ourselves," Morgan told Fox Sports. "Every goal matters in this tournament and that's what we were working on."

The USWNT Just Won the World Cup, and Nike's Celebratory Video Will Give You Chills

With her goal in the opening match against Thailand, 36-year-old cocaptain Lloyd — who you might remember scored that historic hat trick during the 2015 Women's World Cup — became the oldest American woman to score at this level of play. Following two goals against Chile, she became the only player to score in six straight World Cup games. In the days leading up to the tournament, Lloyd wrote for The Players' Tribune, "Here I am, once again, facing a new struggle. Am I too old? Am I fit enough? Am I done?" The answer is decidedly no, she's not done.

With its two goals against Sweden in the third and final match of group play — including a strike by Horan that remains the fastest opening goal of the 2019 World Cup — the USWNT added yet another record, putting more points on the board in group play (18 total) than any other nation in the tournament's history.

Related:
Here's How Long You Have to Grab Snacks and Refuel For the Second Half of a Soccer Match

With its wins over Spain, France, and England in the knockout round of the tournament, the United States became the first nation to score in the first 12 minutes of six straight matches in a FIFA Women's World Cup.

With a 2-1 triumph over England in the semifinals of the tournament, the USWNT recorded its 11th consecutive win at the World Cup, breaking a record set by Norway in 1999. The team ended its historic run with a 12th win, defeating the Netherlands in the final to clench the title.

Sixty-one minutes into the USWNT's championship match against the Netherlands, Rapinoe buried a penalty kick, becoming the oldest player to score in a Women's World Cup final at age 34. (She ousted Lloyd, who had set the record four years earlier.) It was Rapinoe's sixth goal of the tournament, a feat that earned her the Golden Boot; Morgan finished a close second.

With its two goals against the Netherlands in the final — one each from Rapinoe and LaVelle — the USWNT scored a total of 26 goals against its World Cup opponents, breaking a single-tournament record set by the United States and Germany in 1991 and 1993, respectively.

The United States is the only nation to make an appearance in the semifinal of every Women's World Cup, dating back to the first tournament in 1991. By the end of the 2019 tourney, the USWNT had played in a total of 50 World Cup games, winning 40 of those matches — the most of any nation in the history of the tournament.

Over the course of those 50 games at the World Cup, the US women have scored 138 goals, while allowing just 38 from their opponents. This makes them the most dominant team in FIFA Women's World Cup history.