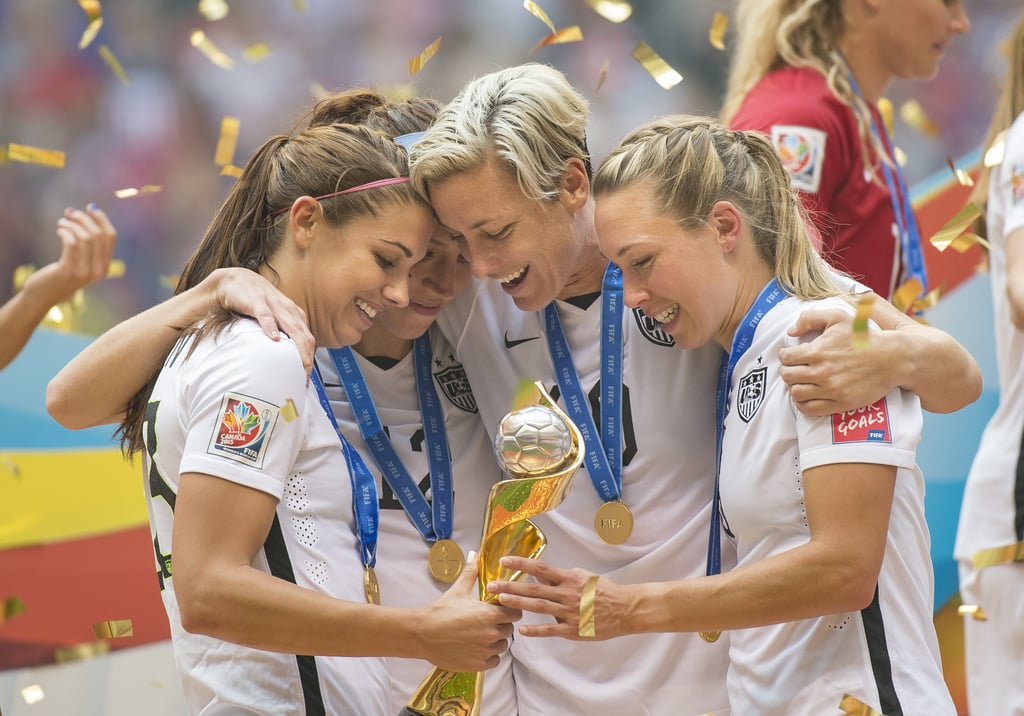 The eighth edition of the FIFA Women's World Cup kicks off in France with a total of 24 countries competing in the tournament, running from Friday, June 7, to Sunday, July 7. Whether you're a diehard soccer fan or only tune in when the World Cup rolls around, this event is definitely cause for excitement. After all, what's not to love about watching badass women soccer players crush it on the field? And, as it happens, one team that's full of incredible players is the US Women's Soccer Team. In fact, the US team enters the tournament as the defending champions, and they just might pull off another big win in 2019.

But let's back up a little — the US Women's Soccer Team played its first match in 1985, and it's been a force to be reckoned with ever since. How much of a force, you ask? Well, for starters, the team has won the World Cup three times since 1991 — when FIFA started a women's tournament — holding the record for winning the most Women's World Cup tournaments (Germany has won twice, and Japan and Norway have each brought home the trophy once).

Let's take a walk down memory lane and relive the glory of the team's previous three victories.