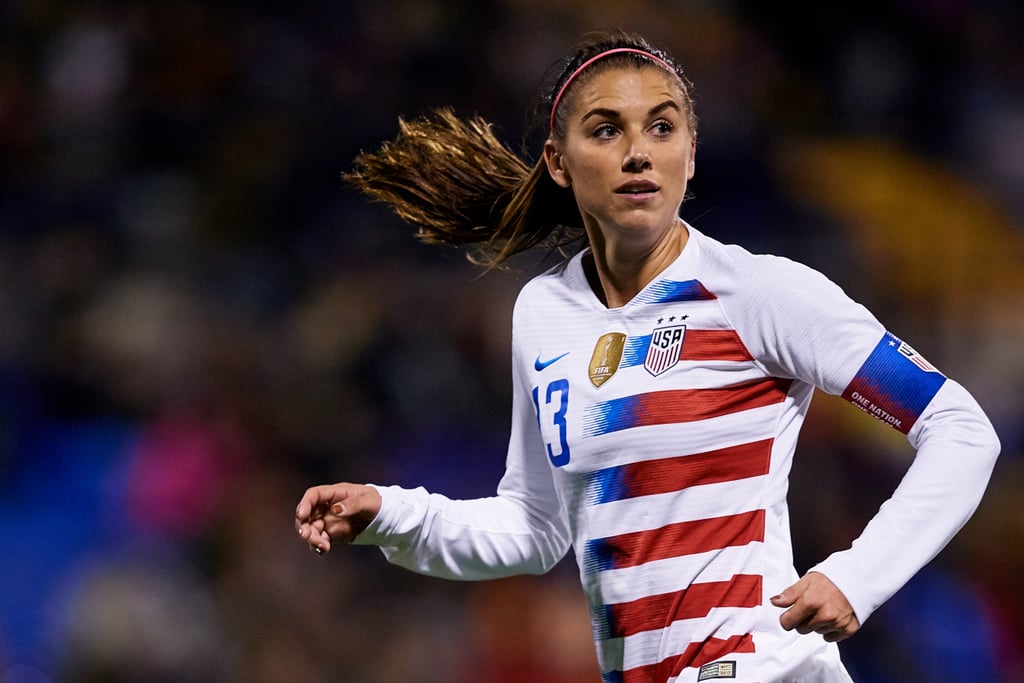 Normally, 13 might not seem like a lucky number, but wearing it on the back of her jersey has made Alex Morgan a household name in women's professional soccer. Alex, a 30-year-old forward, has appeared in two World Cups prior to this year's and is a two-time Olympian (she was on the gold-medal-winning team in 2012 and the fifth-place-finishing team in 2016). This year, she officially reached 100 goals in her career, becoming the seventh player in USWNT history to do so.

Alex plays professionally for Orlando Pride and made her World Cup debut in 2011 as the youngest member on the roster at age 22. Alex is married to professional soccer midfielder Servando Carrasco and is best known for scoring the winning goal in the 2012 Olympic semifinal match against Canada, which led the US team to that gold medal title.

POPSUGAR spoke to Alex along with teammates Christen Press and Megan Rapinoe in April regarding the gender pay gap in US soccer, the subsequent lawsuit filed against the US Soccer Federation, and, since then, LUNA Bar's generous check to all 23 members of the women's team, closing that gap. In that interview, she spoke about her goals for 2019 and said she's eyeing that World Cup title. "It's all we have our minds set on. Getting to the top of the podium," she said. Coming out as winners would make Team USA defending champs. Read further details about Alex's story on her website and, ahead, check out more fun facts about her (spoiler: there's a dog).