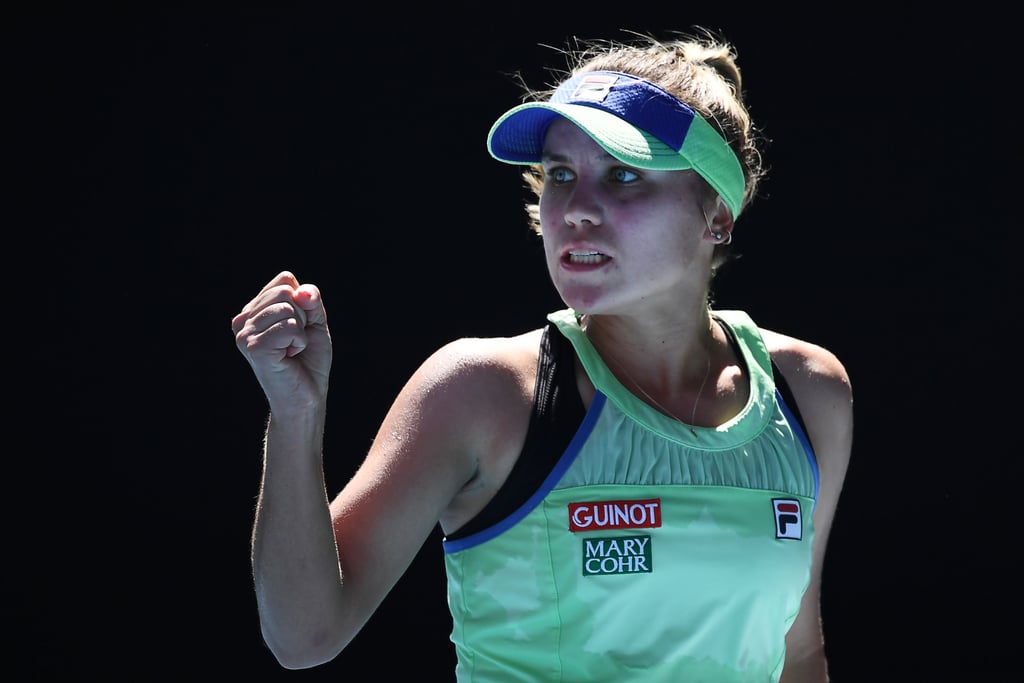 Meet Sofia Kenin, the Young American Who Will Compete in the Finals of the Australian Open

If it weren't clear before the semifinals of the Australian Open, there's no denying it now: Sofia Kenin has arrived. The 21-year-old American — who's ranked No. 15 in the world — defeated top seed Ashleigh Barty in straight sets (7-6, 7-5) to advance to her first Grand Slam final. She'll face Garbiñe Muguruza of Spain on Saturday, Feb. 1.

It was a stunning and emotional moment, but not unexpected for anyone who's watched her career over the past couple years. Sofia — who goes by Sonya, at least among family and friends — handed an early loss to Serena Williams in the 2019 French Open, having faced another childhood hero, Maria Sharapova, in the third round of the US Open two years prior. Though she lost the match against Maria, The New York Times reported that it was her showing in that tournament that led Sofia to turn down college scholarship offers in favor of going pro. She finished in the top 100 for the first time in 2018, when she was just a teenager. In January 2019, roughly six months before upsetting Serena, Sofia won her first WTA doubles and singles titles at the ASB Classic and Hobart International, respectively. She has added three more titles to her record since then.

Sofia's family immigrated to the United States from Moscow when she was just an infant. She grew up in Pembroke Pines, FL, where she's coached by her father, Alex. "The basic plan that we developed, we stuck to it, and it looked like it worked," Alex told reporters after Sofia's semifinal match. That's an understatement — see her emotional reaction in the photos ahead.