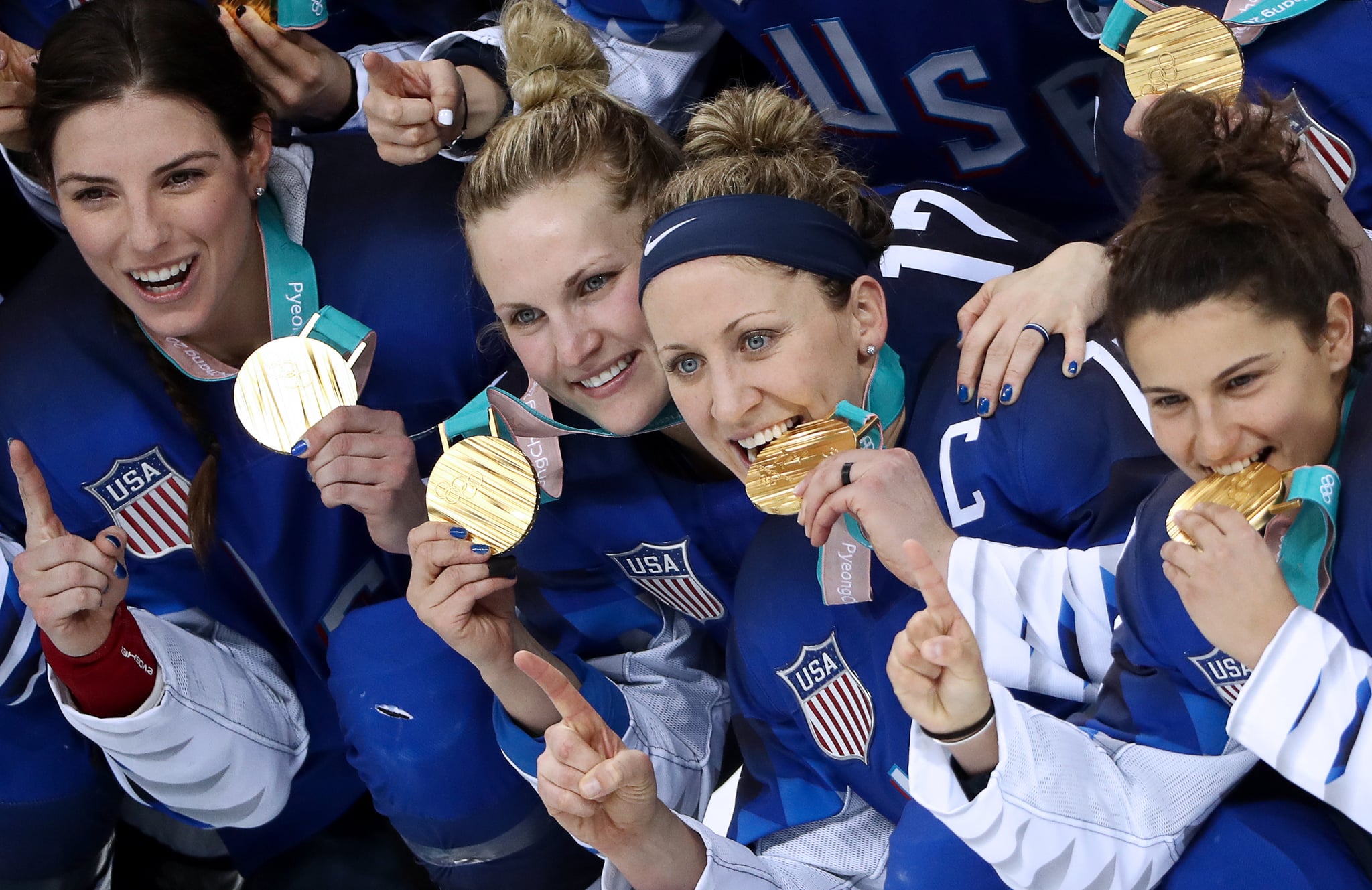 Athletes spend years training for the Olympics, so when they finally capture that elusive gold medal, it's hard to know exactly how they'll react. Olympic medal ceremonies are often filled with happy tears, screams of joy, and maybe even a few dance moves. But there's one time-honored tradition you'll see across the board: Olympians biting down on their medals. Why exactly do athletes do this? While it's typically at the urging of a photographer, there's a reason this Olympic tradition exists — and it can be traced back more than a century.

During the Gold Rush, people would bite down on chunks of metal to check if it was gold or pyrite (aka fool's good), according to "The Washington Post." Since human teeth are harder than gold but softer than pyrite, the teeth would leave an indentation on real gold. On the flip side, if it turned out to be pyrite, the person might end up with a chipped tooth.

Early on, Olympic medals were made of solid gold, so an athlete presumably bit down on that shiny piece of metal somewhere along the way — giving birth to an Olympic tradition. The gold medals you'll see at the 2022 Winter Olympics in Beijing, however, aren't even close to 100-percent gold. Pure gold medals haven't been given out since the 1912 Olympic Games in Stockholm; the medals awarded now are only about 1.34-percent gold (just enough to give them their golden sheen), with silver comprising a much larger share. So, a big note to the athletes competing at this year's Olympics: don't bite down too hard on that gold medal, or you might walk away with a crooked smile.