Moms want to protect their children at all costs, but with everything happening in the world today, it's great when kids have the skills to defend themselves. Lanae St.John at YourTango explains her connection to the #MeToo movement and why she enrolled her daughters in Krav Maga training. 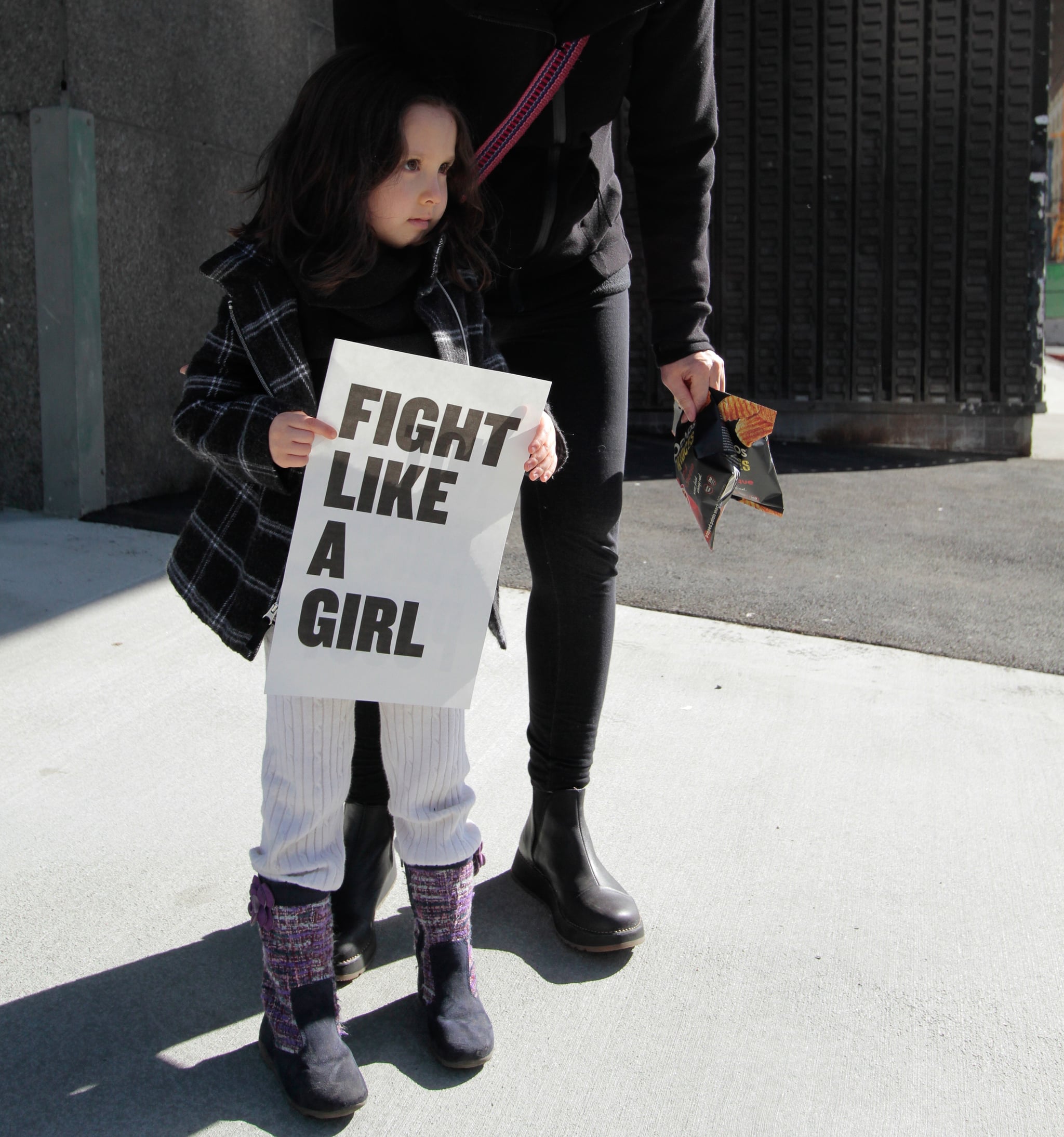 Taekwon-Do is a tea party in comparison.

As the mom of two teenage girls, I recently decided that one of the most powerful ways I can support them is by making sure they learn self-defense techniques from the form of martial arts known as Krav Maga.

Here's a #metoo story I never disclosed publicly before that will help me explain why.

One day, when I was walking home from school with a friend during second grade, two men tried luring us into their Ford Pinto. I'll never forget the vivid image of the scraggly, ugly Leif Garrett look-alike and his dirty bell bottom pants as he opened the passenger-side door and stepped one leg out of the car in our direction. Thankfully, we took off running and kept on going until we made it all the way home.

After that, my dad immediately signed me up for Taekwon-Do.

The training did wonders for my confidence. I don't know if what I learned would have actually have worked if I'd run into another tough situation, but after I started taking taking those classes I definitely carried myself differently, so I'm quite sure I no longer appeared to be such an easy target.

Look, I get it. The aftermath of the allegations of sexual assault and harassment against Harvey Weinstein and the sudden rise of the Me Too Movement is kicking pretty much everyone in the behind right now.

While the shift has been empowering for many, on one end of the spectrum of reactions people feel as though they are now reliving their trauma all over again, and on another, others still find the entire subject utterly perplexing.

When 80s teen movie queen Molly Ringwald came forward to share her own experience with Harvey Weinstein, as well as examples of unwanted sexual advances and harassment she endured from other men in Hollywood, one sentence she wrote brought home a crucial point I want to discuss.

"At a time when I was trying to figure out what it meant to become a sexually viable young woman, at every turn some older guy tried to help speed up the process."

This, what Ringwald said above, is a major part of why I choose to do the work that I do. I do not want adults speeding up the sexual maturation process for someone younger than them. Even when someone is over the legal age of consent (which varies according to state laws), coercion is never okay.

Hollywood starlets certainly aren't the only victims of unwanted sexual attention and coercive behavior by any stretch of the imagination.

So many "civilian" young girls and boys deal with this type of pressure on a daily basis, and many times such sexual attention starts when they are quite young.

In 2015, a Reddit user posted this question on the AskReddit forum, "Women of Reddit, when did you first notice that men were looking at you in a sexual way? How old were you and how did it make you feel?"

The mega thread of responses that followed was heart-wrenching. Here are just a few examples:

In an article on Mic which states that sexual harassment starts far earlier than we imagine, one woman shared the sorry of what happened when she was 8-years-old and loved showing off her ability to do the splits for her family and friends.

"My friend's dad had been watching... and when I stood up and the song ended, he pulled me aside and said to me, 'You're going to make some man very happy one day with those moves.'"

Here's the thing. As I said, I have two daughters, and the fear and anger I feel about all of this right now may be understandable and justifiable, but those feelings won't help my children. Instead, they cause me to be overprotective and in turn, I sometimes prevent them from living their lives to at an extent.

So what can a parent do?

In my case, my fear of unwanted sexual attention, coercion, and sexualization of children led me to enroll my two tween-aged daughters in intensive Krav Maga training. Twice.

If you're not familiar with it, Krav Maga, which in Hebrew means "contact combat," it is defined as "a military self-defense and fighting system developed for the Israel Defense Forces . . . that derived from a combination of techniques sourced from boxing, wrestling, Aikido, Judo, and Karate, along with realistic fight training."

Over the last decade or so, it has been gaining popularity with women as a form of both exercise and self-defense.

As a result of what they learned, my own girls could maim a grown man if it ever came to that.

Because let me just tell you, Taekwon-Do is a tea party compared to Krav Maga.

It's cool to see my little women now. They carry themselves differently. Seriously. Plus, I don't feel scared of underground garages at night anymore when we are together, because I feel like I have two bada$$ teen girl bodyguards with me now.

They exude a confidence I'm sure can be seen and felt by others as well.

In general, I've been as protective as I can be with my children.

But over the last four years, as they have entered their teens, I've come to the awareness that I need to move from being their supervisor to being their executive consultant. My job as a parent is to make sure my children have all of the information they need to live their lives. All of it. It's so much bigger than the basics. Yes, they need to know checkbook balancing, laundry doing, egg boiling, etc., but they MUST also understand what the world is like out there so they can navigate successfully without me.

I want these young women to make good choices. I want them to be good people.

So the message I share with them is this: let people do what they want, when they want to do it, and with whomever they choose to do it with using their own free will.

I wish adults would stop sexually engaging with children, and in the meantime, I will educate my children to know what is an appropriate interaction with adults and what is not, and that I will listen to them. They know from experience that I will.

And if by any chance I'm not there and sh*t starts going down, they can defend themselves.

And I will stand by them.

Dr. Lanae St.John, ACS, is a San Francisco Bay Area Board Certified Sexologist, Parenting & Relationship Coach, and Sex Educator who teaches Human Sexuality to college students at City College of San Francisco, writes a blog as "The MamaSutra" and has recently completed a manuscript for a parenting book about human sexuality. She is also the proud mother of two daughters with whom she actively embodies her message of empowerment, freedom of expression, and a sex- and body-positive mentality.

Healthy Living
Water Retention Is a Normal PMS Symptom, and It Might Be Behind Your Bloating
by Victoria Moorhouse 11 hours ago

Healthy Living
How to Respond to People Who Don't "Get" Why You Go to Therapy, Without Losing Friendships
by Maggie Ryan 1 day ago