Whether it's gluten, alcohol, or dairy, people are constantly judged for the types of food they choose to consume (or to not consume). Author Kel Campbell discusses the frustration she feels when people think they have the right to comment on her lunch order in this post originally featured on Medium. 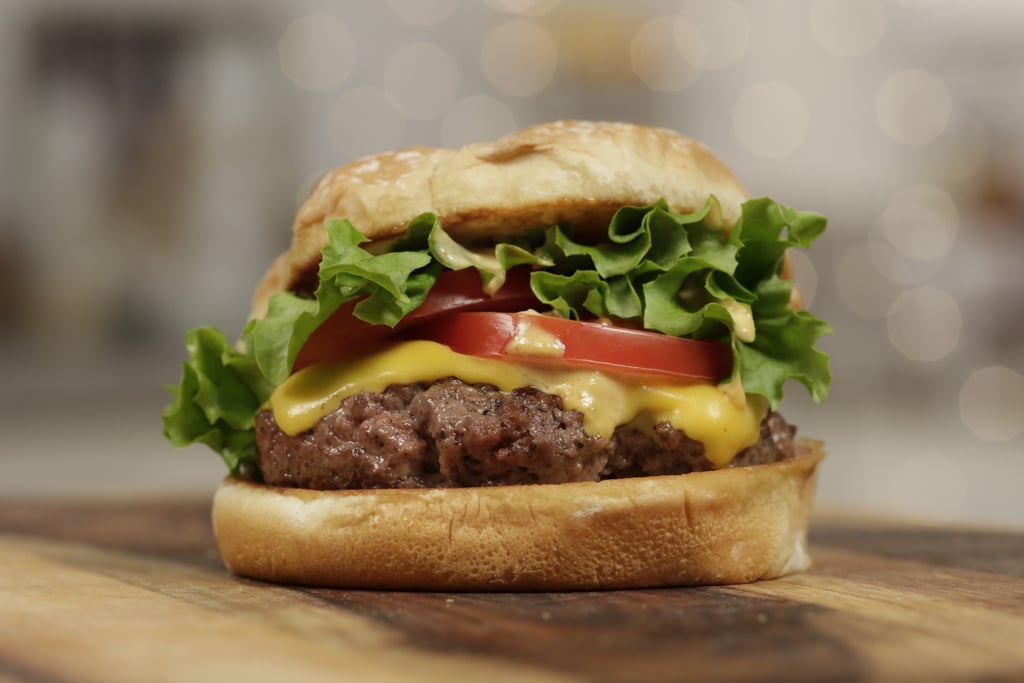 In high school, a girl on my basketball team gave me the nickname Fat Girl. Poetically speaking, it lacked nuance, but certainly achieved a certain emotional potency.

No matter how I tried to quell its deleterious effect on my self-worth, the title stuck to me and on me and inside of me. Though I ran from many mirrors, I was always and only Fat Girl in my mind's eye, until I decided I'd had enough of people making fun of me and calling me names. In college, I stuck to a strict diet that allowed me to lose the weight and bid adieu to Fat Girl, including the never-ending pile of judgement she had to put up with, both internally and externally.

Despite the positive changes I'd made to feel better about myself, an insidious new kind of disdain snuck in. When I'd wave off dessert or try to limit how much I ate, people would roll their eyes or tell me to live a little. People seemed to be personally offended that I didn't want to eat late-night pizza.

Recently I went to lunch with my co-workers and saw on the menu that you could "salad your burger," which basically means they throw a burger patty on some romaine lettuce, and voila, lunch is served! When someone asked me what I was going to order, I stupidly admitted to my clearly disdainful choice in fare. A female co-worker rolled her eyes. "Oh God, do not be that woman who salads her burger. Eat a burger and fries like a real human being." Everyone laughed.

I hate situations like these. If I "eat a burger and fries like a real human being," I know that I'll have scarfed about a day's worth of carbs and will have to eat like a bird at dinner. If I don't, I have to fend off accusations that I have an eating disorder or body dysmorphia. (While we're on the subject . . . c'mon folks! Around three percent of the population has an eating disorder, and it is a serious condition that can and often does end fatally. Please do not diminish this disease through baseless and glib accusations of people who might simply adhere to a diet that works for them or who have a complicated relationship with food. It contributes to continued biases against those with an eating disorder and makes it harder for victims to be taken seriously.)

After the lunch, I felt resentful that I had to agonize about whether or not to salad my f*cking burger. And then it hit me. It's because of Cool Girl!

While men desire this Cool Girl, the principle isn't gender exclusive. In fact, women want a Cool Girl, too, albeit a more feminist one. They want a woman who won't apologize for "having it all" and "leaning in," whether it's her career, relationships, and yes . . . even diet. The woman's Cool Girl is someone who is strong enough to withstand any body image crisis and won't let a soul tell her not to curse, drink, eat a burger, etc. She would never consider plastic surgery and won't blink an eye at leaving the house without makeup, because Cool Girl has learned to love herself, no matter what society thinks. Cool Girl charges through any situation with ease, because, above all, Cool Girl is a strong and individualistic participant in life.

But none of us can live up to either of those expectations. And why should we?

When I exercised or engaged in sexual activity after my weight loss, I felt agile and adaptable; I bent and leapt and undulated with ease. I remember the first time I wore jeans that didn't dig into my flesh, but simply covered my body without causing discomfort. It felt incredible. Sure, I enjoyed the fact that (most) people stopped making fat jokes. But mostly, I just liked life better within my recommended weight class.

The crux of the problem is that we believe that if someone is "pro" something, it always makes them "anti" the other thing. In other words, because I try to eat healthy, I am secretly disgusted by a person who is overweight or who eats whatever she wants. Nothing could be further from the truth.

Our insecurities about our weight (or at least, those not bestowed on us by the advertising industry) largely come from one another. Those who raise their eyebrows at another's eating choices openly or secretly are part of the reason that most people (and almost all women) nurture a complicated relationship with food. This is a ridiculous notion, since most of us have no idea what's right or not. Sugar's the bad guy now, but before it was carbs, and before that, it was fat. Eggs, caffeine, lard, and fruit  —  are these bad things? Who the hell knows? We're basically winging it, from the sh*tty food pyramid's top to bottom. Which means not a one of us is an expert.

Fat or skinny, we are all just struggling through life to be as healthy as we're able and to live as long as possible. We want to be confident in how we look and to love ourselves. But the first step to accomplishing this goal is to ERASE our opinions on what other people put in their mouths. In the words of Kacey Musgraves, "Mind your own biscuits, and life will be gravy."

At the end of the day, we're all Cool Girl. And Fat Girl. And a million other personas that have very little to do with what goes down our collective pie holes. Thank God.

Acne
After a Decade of Agonizing Over My Bacne, I'm Finally Learning to Accept the Skin I'm In
by Krista Jones 12 hours ago

Acne
I Stopped Wearing Makeup While Sheltering in Place, but My Breakouts Only Got Worse
by Samantha Sasso 19 hours ago

Acne
I've Tried $673 Worth of Acne Products, and Here's What Finally Worked
by Samantha Sasso 20 hours ago