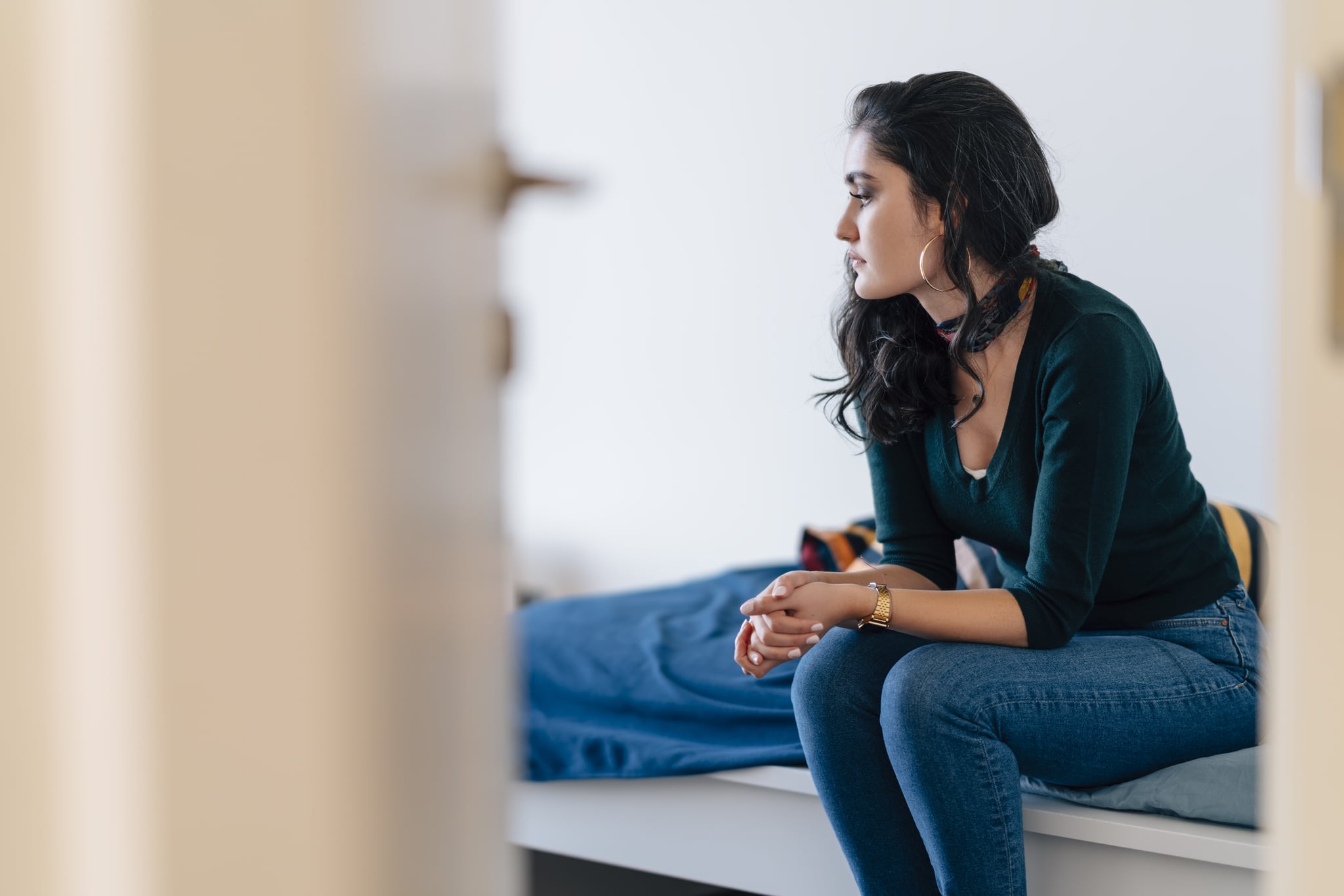 "I'm not leaving this office until you run an ANA test and give me a satisfactory explanation for why I'm not really sick," I told my doctor, wiping away tears of frustration and distress. It was late 2017, and, after years of desperately trying to get a diagnosis for the increasingly debilitating symptoms of what we now know is lupus, I was at my wit's end. I couldn't take it anymore — and by "it," I'm referring to both the untreated illness and the parade of doctors who had dismissed my symptoms.

It had been five years since I'd experienced my first symptom of the autoimmune disease: extreme fatigue. I was in my early 20s, and, like pretty much everyone else, I was familiar with feeling exhausted after pulling an all-nighter before an exam or staying out too late on a work night. But this was completely different — no matter how much I slept, I woke up feeling unrefreshed, and if I didn't set an alarm on the weekends, I could easily sleep for 12 hours straight.

A few months later, I began experiencing unexplained joint pain and spiking high fevers despite not having the flu or a virus. I made an appointment with my primary care doctor in the hopes that she'd be able to shed some light on what might be causing these symptoms. She ran the most basic blood test possible and, when it came back normal, concluded that I was just stressed out and my physical problems were related to my anxiety disorder. At the time, I didn't know that lupus, like many other autoimmune illnesses, requires a slew of lab tests in order to be detected.

Related:
Stress Was Destroying My Health — Here's How I Stopped It

I was perplexed by my doctor's conclusion. Although I agreed that anxiety could be the cause of my fatigue, it seemed unlikely that it was the reason my fever spiked to 103 on a regular basis. But I figured she knew best, so I didn't push the matter. When my symptoms intensified several months later, I decided to get a second opinion and scheduled an appointment with a different doctor — but the outcome was the same. Both doctors had excellent credentials, so I began to wonder if the problem was me. They'd both referenced my history of anxiety and depression when they concluded I wasn't physically ill, so I became fearful that I was "crazy" and I'd either brought the symptoms on myself or wasn't mentally well enough to understand them.

I got sicker, but I felt ashamed after two doctors had told me that nothing was wrong. I always thought doctors were on my side and would want to help a patient who was experiencing a great deal of physical pain. So even as my symptoms got worse, I didn't go back to a doctor for a full year. I couldn't bear the thought of another medical professional telling me the pain was all in my head. Then, the illness became so severe that I struggled to function. Getting out of bed in the morning required a Herculean effort, and my body was so weak that I felt exhausted after performing the smallest tasks. I lost weight, and my concerned boss frequently sent me home from work early because it was clear to her and my coworkers that something was very wrong.

Getting out of bed in the morning required a Herculean effort, and my body was so weak that I felt exhausted after performing the smallest tasks.

It had been two years since I'd first exhibited symptoms of lupus when my mother was diagnosed with rheumatoid arthritis, which is also an autoimmune illness. Because autoimmune diseases run in families, I went to another doctor and shared this information. By this time, my mom and I had already begun researching my symptoms in an effort to figure out what was causing them — doctors weren't willing to do the task, so someone had to. No, I didn't plan to diagnose myself based on what WebMD told me, but I hoped that if I arrived at my next appointment armed with some knowledge, the doctor would be more likely to take me seriously. Because the symptoms of lupus mimic those of other illnesses, including fibromyalgia and chronic fatigue syndrome, I still wasn't sure what illness I had, but I did know I was sick and I needed treatment in order to remain a functional human being.

I went to a fourth doctor, who once again blamed stress and anxiety for my fatigue, body pain, and headaches. I brought up the fevers, and she responded that I probably have a weak immune system and catch more colds and viruses than I realize. At this point, it was incredibly difficult to stay calm, but I knew that if I flew off the handle, I would only give the doctor more reason to chalk up my symptoms to a mental illness. Shortly after that appointment, I moved from New York City to Seattle and found a new primary care doctor. We went over my medical history, but she was unconcerned by my symptoms. Then I visited my best friend in Austin to celebrate her birthday. I've always been sensitive to the sun and extreme temperatures, but this time was different thanks to the photosensitivity caused by lupus. I developed a butterfly rash on my face — although it's considered a telltale sign of lupus, not everyone with the illness gets it, and this was my first time.

Related:
Graves' Disease: What It Is and How to Know If You Have It

When I got home, I went back to the doctor and showed her photos I'd taken of myself after developing the rash. I was now fairly confident that lupus had been causing my symptoms all along, and I reasoned that seeing is believing. And this time, I wasn't backing down. I had done more research, and I knew an anti-nuclear antibody (ANA) test is the most sensitive diagnostic test for confirming the illness. "It's possible to get a false positive on an ANA test," the doctor told me. I was aware of that, but it was irresponsible and straight-up lazy to not even run the test and explore the possibility that I have lupus. She continued to push back, telling me that if the test came back negative, I would be upset. That's when I told her I wasn't leaving her office until she took my illness seriously. When it came back positive, I asked to be referred to an autoimmune specialist.

The specialist ran more tests, and, five years after its onset, I was finally diagnosed with lupus. I was put on two medications for the illness, and, at my new doctor's recommendation, I also began acupuncture and medical massages. Although I still struggle with flare-ups and go through rough patches, my treatment regimen has helped enormously, and it has changed my life. I no longer sleep through weekends, and I'm able to travel, hike, and work out again.

It may sound as though I had bad luck, but unfortunately, my case is ordinary; it takes an average of nearly six years for people to be diagnosed with lupus. To be clear, I understand that lupus isn't a simple illness to diagnose, but what's completely unacceptable to me is that my doctors didn't even try to figure out why I was having such intense physical symptoms. Instead, they took the easy way out and used my anxiety disorder against me. The bottom line is that we know our bodies better than anyone else — and, at the end of the day, we're the ones who have to live every single day with the illness. Whether you have lupus or another tough-to-diagnose illness, trust your instincts, and if your current doctor won't take your symptoms seriously, find one who will.