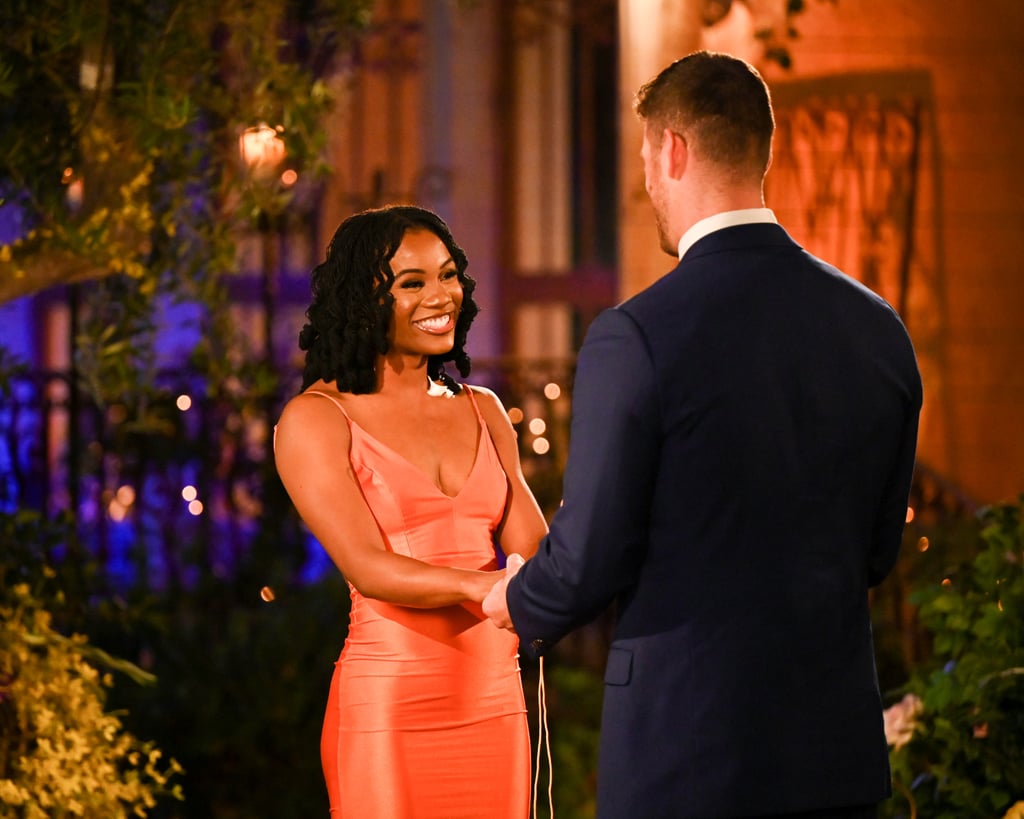 The Bachelor franchise has an affinity for labeling contestants with funny notes about their past or quips about being an influencer, but there's one contestant's listed profession that we immediately needed to know more about. Meet Marlena Wesh, the former Olympian vying for Clayton Echard's heart on this season of the ABC show. After seeing job titles like "Chicken Enthusiast," "Twin," and "Social Media Participant," the two words "Former Olympian" had us thinking the show might've finally gotten this casting thing right.

During the second episode of Echard's season, viewers got to spend a little more time with Wesh and learn about the runner. Olympian or not, trekking through a "relationship red flag" obstacle course is a challenge, but there's no doubt Wesh shone on the group date. She flexed her muscles, beamed with confidence, and had Twitter cheering her on. During a conversation with the Bachelor, Wesh told Echard that she competed in the 2012 Olympic Games in what was quite possibly the most humble Olympic name drop we've ever witnessed. The best part was when she challenged him to a race and his eyes widened. One Twitter user said it best: "I need to see Marlena absolutely destroy Clayton in a race." You catch that one, producers?!

But back to Wesh and her impressive feats. The All-American runner represented Haiti in the 2012 Summer Olympics in London, where she competed in the 400m race. She made it to the semifinals but failed to make it to the finals. The Virginia-born Aquarius set ACC records for the 400m race when she was a student at Clemson University, and there's no better way to put it: she is simply a badass. Wesh's brother, Darrell, is also a sprinter and represented Haiti in the 2016 Olympics in Rio for the 100m event. Ahead, learn more about the accomplished runner who swapped gold medals for roses on this season of The Bachelor.

Related:
The Bachelor's Diversity Problem Isn't Just Black Exclusion; It's the Centering of Whiteness
Previous Next Start Slideshow
The BachelorOlympicsTVAthletes