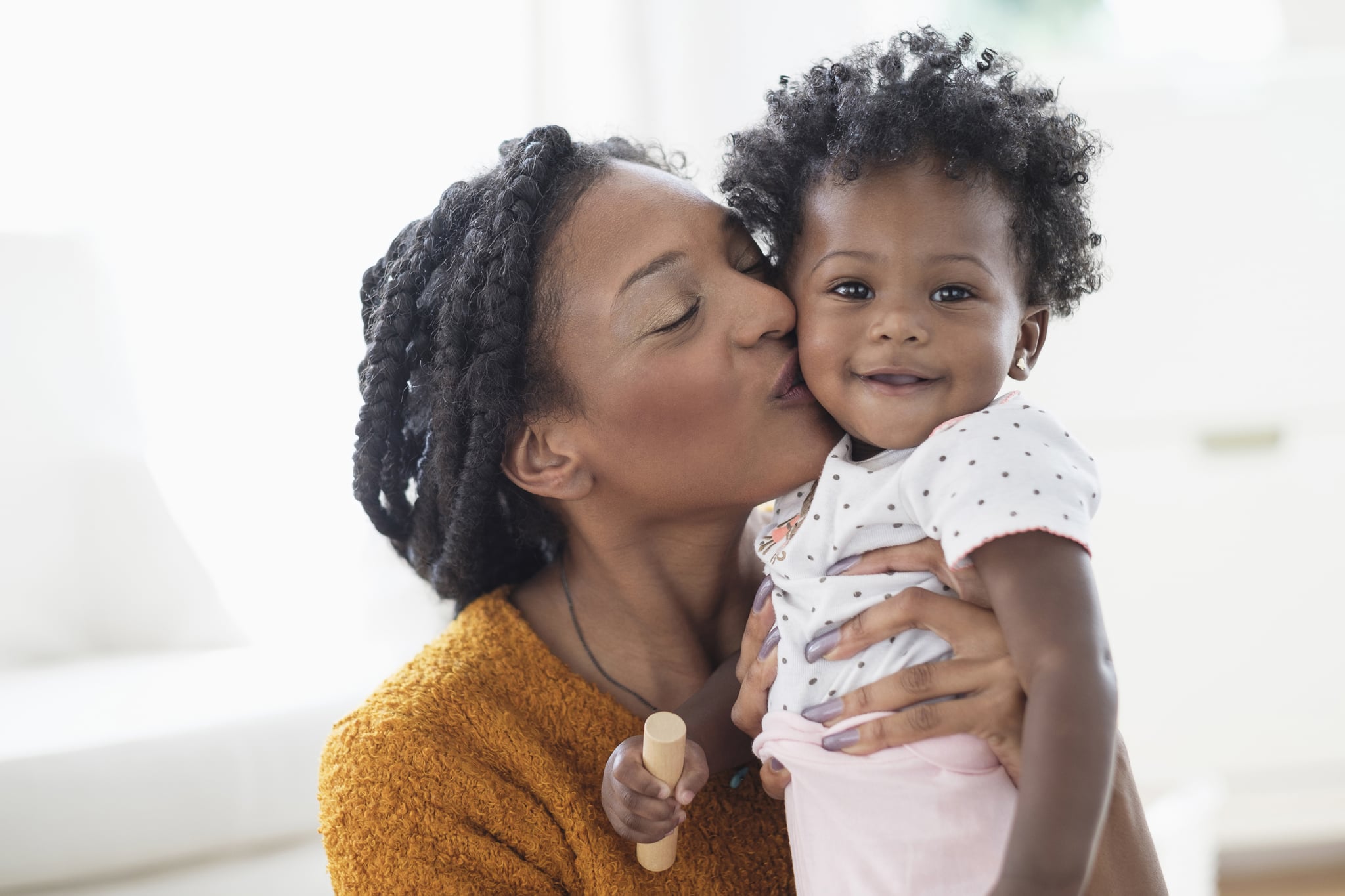 In case you missed it, this week is Black Maternal Health Week (BMHW), which runs from April 11 to April 17. Founded and led by the Black Mamas Matter Alliance, BMHW is an initiative that aims to deepen the conversation around Black maternal health in the US. "The campaign and activities for Black Maternal Health Week serve to amplify the voices of Black Mamas and center the values and traditions of the reproductive and birth justice movements. Activities during BMHW are rooted in human rights, reproductive justice, and birth justice frameworks," the Black Mamas Matter Alliance website states.

While this is the fifth anniversary of BMHW, the White House only officially acknowledged it last April. On Twitter, the Black Mamas Matter Alliance noted the White House's official proclamation for Black Maternal Health Week 2022, saying the organization was "thrilled to have the support" of the president and vice president for the second year in a row.

In the April 8 proclamation, President Biden called upon "all Americans to raise awareness of the state of Black maternal health in the United States by understanding the consequences of systemic discrimination, recognizing the scope of this problem and the need for urgent solutions, amplifying the voices and experiences of Black women, families, and communities, and committing to building a work in which Black women do not have to fear for their safety, their well-being, their dignity, or their lives, before, during, and after pregnancy."

On Friday, April 8, the @WhiteHouse released an official proclamation for Black Maternal Health Week 2022! As the founders of #BMHW, the Black Mamas Matter Alliance is thrilled to have the support of @POTUS & @VP for a 2nd year in a row. Visit https://t.co/BvAJrLbrwC to read more pic.twitter.com/njJ834elju

This year's Black Maternal Health week theme is "Building for Liberation: Centering Black Mamas, Black Families and Black Systems of Care." The goal is to underscore the "need for learning about Black Feminist and womanist approaches in strengthening wellness structures within our communities, across the Diaspora, as a revolutionary act in the pursuit of liberation and in the global fight to END maternal mortality," per the Black Mamas Matter Alliance. The organization will have both virtual and in-person programming throughout the week. Visit the Black Mamas Matter Alliance to learn more and sign up for events.