Gabby Thomas's résumé was already impressive, but now the 24-year-old Harvard grad gets to add a really eye-catching line: Olympic sprinter. Thomas blasted her way through the 200-meter sprint at the Olympic trials on Saturday, earning a spot on Team USA, posting the fastest time in the world this year, and grabbing an Olympic-trials record at the same time. Thomas's 21.61-second dash, in fact, is the third-fastest in history, behind only the world record holder, Florence Griffith-Joyner.

"I'm speechless," a jubilant Thomas told NBC afterward. "I've been working really hard. It's such an honor." Thomas, who studied neurobiology at Harvard and is working on a master's in epidemiology, said that being in school makes her savor her track career even more. "It makes you appreciate the time," she said, according to The New York Times. "When I go to the track, this is my time to be on the track and be free." She was certainly running with freedom, lifting her arms as she crossed the line well ahead of the rest of the field.

One of the women Thomas outran: Allyson Felix, the 2012 Olympic champion who had already qualified for her fifth Olympic team. "She was the first person I remember watching on TV," Thomas said, per the Times. "To be on the team with her makes me want to cry." Felix placed fifth in the 200-meter after clinching an Olympic berth in the 400-meter earlier in the week. As for Thomas, this performance certainly cements her status as a medal favorite and an athlete to keep your eye on in Tokyo. 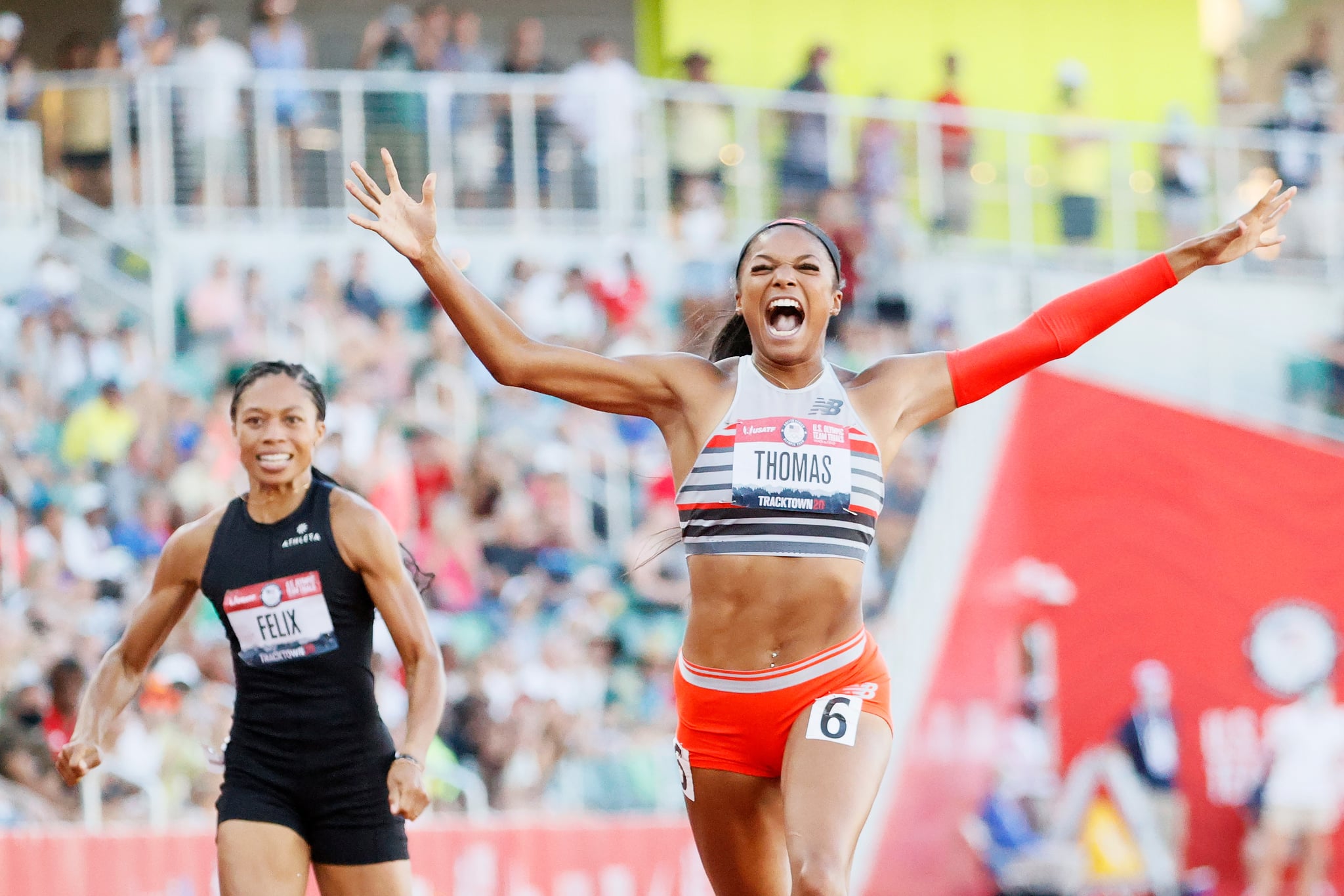