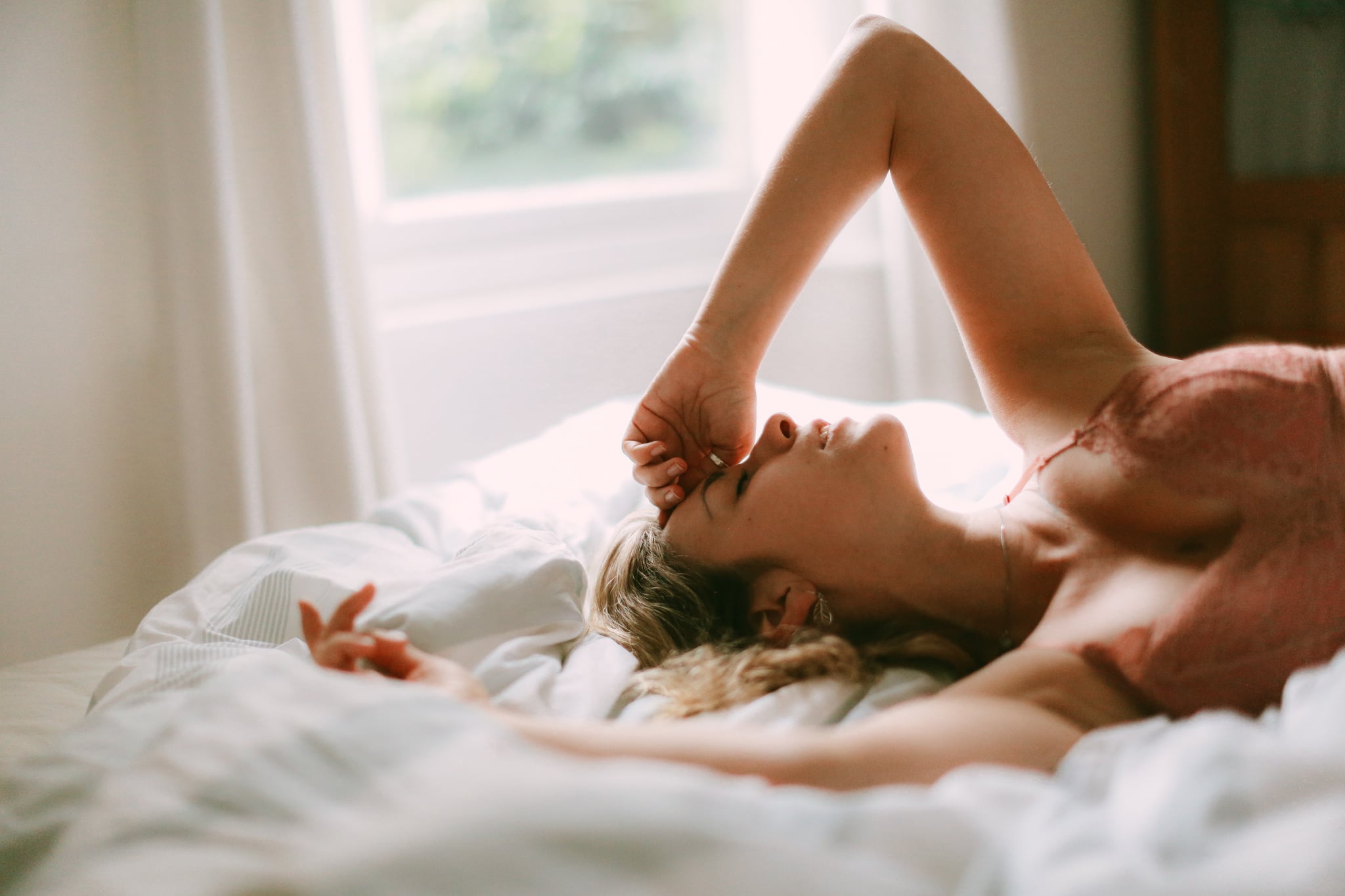 Ever since my mom bought me a training bra when I was a preteen, I've believed these three things: it's not fair that we have to wear bras and men don't; the right-fitting bra can actually be pretty comfortable and empowering; and sleeping in a bra is bad for you. But as I've grown up, I've often wondered if this last thought was actually true. I've slept in a bra for comfort, to feel sexy, and to protect my sheets from leaky breast milk. All the while, I've wondered if I'm hurting my body (and my future breast health) by doing so. We spoke to several experts, including an ob-gyn and a plastic surgeon, to find out once and for all if it's actually bad to sleep in a bra or not.

Can Sleeping in a Bra Cause Cancer or Back Pain?

Despite popular myths and old wives' tales, wearing a bra at night does not cause cancer or back pain. A 2014 study by the American Association For Cancer Research found that no aspect of bra wearing (including cup size, average number of hours/days worn, presence of underwire, and other factors) was linked to breast cancer. Additionally, the Women's Health Research Institute of Northwestern University says that breasts are rarely the cause of back pain (even large breasts). Back pain is more often caused by things like poor posture, wearing the wrong size bra, and obesity.

Are There Risks to Sleeping in a Bra?

Maybe you love your bra, or maybe you feel more comfortable with your breasts secured at night. Either way, the experts we spoke to said there are a few risks to sleeping in one that you should be aware of, such as restriction of circulation and increased risk of skin infections.

Christine Bishara, MD, an internist and the founder of integrative medical wellness practice From Within Medical, explained that wearing a bra to sleep can restrict circulation and lymphatic flow, which "functions as an important filter and eliminator of toxins and impurities in the body."

Sleeping in a bra can also lead to fluid retention and increased risk of cysts, due to the prolonged restriction of lymphatic blood supply. Furthermore, Dr. Bishara said that wearing a bra while you sleep can lead to increased sweating, which predisposes women to skin infections, such as fungal infections that thrive in dark, moist environments (like the skin underneath the breasts).

Plastic surgeon Smita Ramanadham, MD, said that the main issue with sleeping in a bra is discomfort. Dr. Ramanadham also noted, "Bras with underwires, tight straps, or a thick, tight elastic may not only be uncomfortable, but also may cause skin irritation, grooving or skin indents, or discoloration with chronic use."

Will Sleeping in a Bra Prevent Breasts From Sagging?

Good news if you sleep braless: sleeping in a bra doesn't actually prevent your breasts from sagging later on, according to the experts.

"There is a myth that if you don't wear a bra, your breasts will sag," said Dr. Bishara. "Breast sagging is caused by aging and gravity. Whether you wear a bra to sleep or not will make no difference. As we age, there is weakening of connective tissue fibers in the breasts, and with the effects of gravity, some sagging is inevitable. The heavier your breasts, the harder the pull of gravity. While bras can shape and lift your breasts while wearing them, they have no effect on long-term prevention of breast sagging."

Dr. Ramanadham agreed, saying, "Sleeping in a bra will not prevent normal changes that we see with aging, such as sagging of the breast."

Are There Benefits to Sleeping in a Bra?

Kim Langdon, MD, an ob-gyn based in Ohio with over 20 years of experience, said that although sleeping in a bra can cause skin indentations and possible discomfort, it also offers some benefits.

"Women with large, pendulous breasts that like to sleep on their backs or side may find the size prevents comfortable sleep and encourages sagging," Dr. Langdon said. "Women who have had breast implants may want to sleep with a bra to prevent the implant from migration. Some women may feel more secure with a bra, especially if they do not wear a top to bed or pajamas."

Are Certain Types of Bras Better For Sleeping In?

If a bra is uncomfortable when you first put it on, it probably won't be a good choice for sleeping. According to Dr. Langdon, you should sleep in a bra that has "few seams and is comfortable and breathable."

Dr. Bishara added: "My recommendation is to give your breasts that time during the night to process and eliminate impurities by not wearing a bra and allowing the free flow of circulation. If you still feel compelled to wear a bra to sleep, choose one that is loose enough to allow adequate blood flow and one made with a breathable material, such as cotton."

Because sleeping in a bra can make you hot, Tara Youngblood, cofounder, chief scientist, and CEO of Chili Sleep, said that if you must sleep in a bra, choose one made from a breathable, nonwired, nonrestrictive material. "I would suggest bamboo," Youngblood said. "I also make this suggestion for bed sheets, as it keeps you cooler at night and helps your body maintain its ideal sleep temperature. To ensure the best night's sleep, I would recommend wearing a soft, cotton, wire-free bra that is breathable compared to a constricting, wired, or tight push-up."

Although there are a few discomforts and minor health risks when it comes to sleeping with a bra on, it is not dangerous overall. Feel free to sleep in one or not, depending on your personal preference — all that matters is that you feel comfortable!