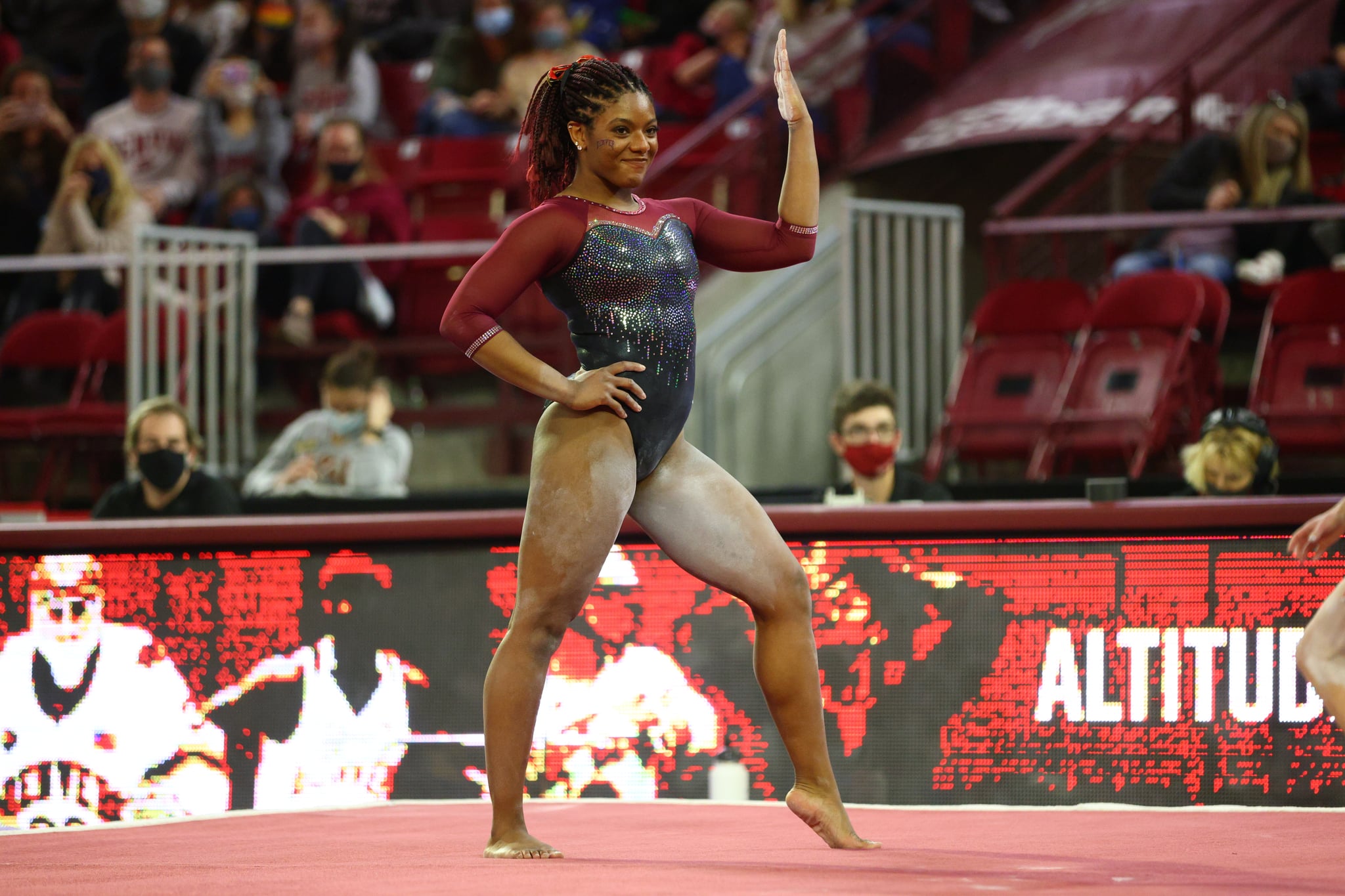 Fresh off Simone Biles's Gold Over America Tour, Lynnzee Brown is using her fifth year at the University of Denver to leave it all out on the competition floor one last time. During the Pioneers' Jan. 9 meet against San Jose State, where they posted the highest team total ever in a season opener (197), Brown earned a near-perfect score — 9.975 — for her floor routine.

Seen below, the routine features personality-filled choreography by former NCAA and national team gymnast Hallie Mossett and popular music from Beyoncé and Destiny's Child. There's "Diva" (Beyoncé), "Bootylicious" (Destiny's Child), "Naughty Girl" (Beyoncé), "Bills, Bills, Bills" (Destiny's Child), and "Before I Let Go" (Beyoncé). Brown told POPSUGAR that her go-to genre is '90s and '00s R&B, including Queen Bey and Destiny's Child, of course. "While I was working with Tom Parrott [from Sunrise Music Productions] on the music, he reminded me to choose something I love regardless of what's been done. I took that advice to heart and picked songs that I jam to daily, and for me, that makes competing even more fun," the 23-year-old added.

Brown, who is working toward a master's in communication management with a concentration in user experience strategy, showcases powerful tumbling passes as well: a high-flying double layout; a roundoff, one-and-a-half back layout, and front layout connected to a jump (a sissone, for those wondering); and a double pike to end the routine. Brown's favorite part of her performance is blowing a kiss up to the sky after her final pass — it's for her mom, who passed away in 2019. "[E]very time my family watches, we all know it's for her," she said.

Brown believed she had more to give the sport, which is one reason she used her extra year of eligibility due to COVID and returned to Denver. "In the last four years, I accomplished a lot of my goals, but when looking back, I didn't always appreciate what a unique opportunity it is to compete to be the best in the country with a team that shares the same goal," she said. "So this year, my main goal is to appreciate the chance to compete, travel, and have amazing people around me because [these] might be the last few times to take it all in."

The collegiate gymnastics season has only just begun, and we can't wait to see what else Brown and her team is capable of. After all, she is 2019 NCAA floor cochampion. Plus, who remembers her perfect 10 on bars at last year's Big 12 Championship that helped Denver secure the win?! We sure do.