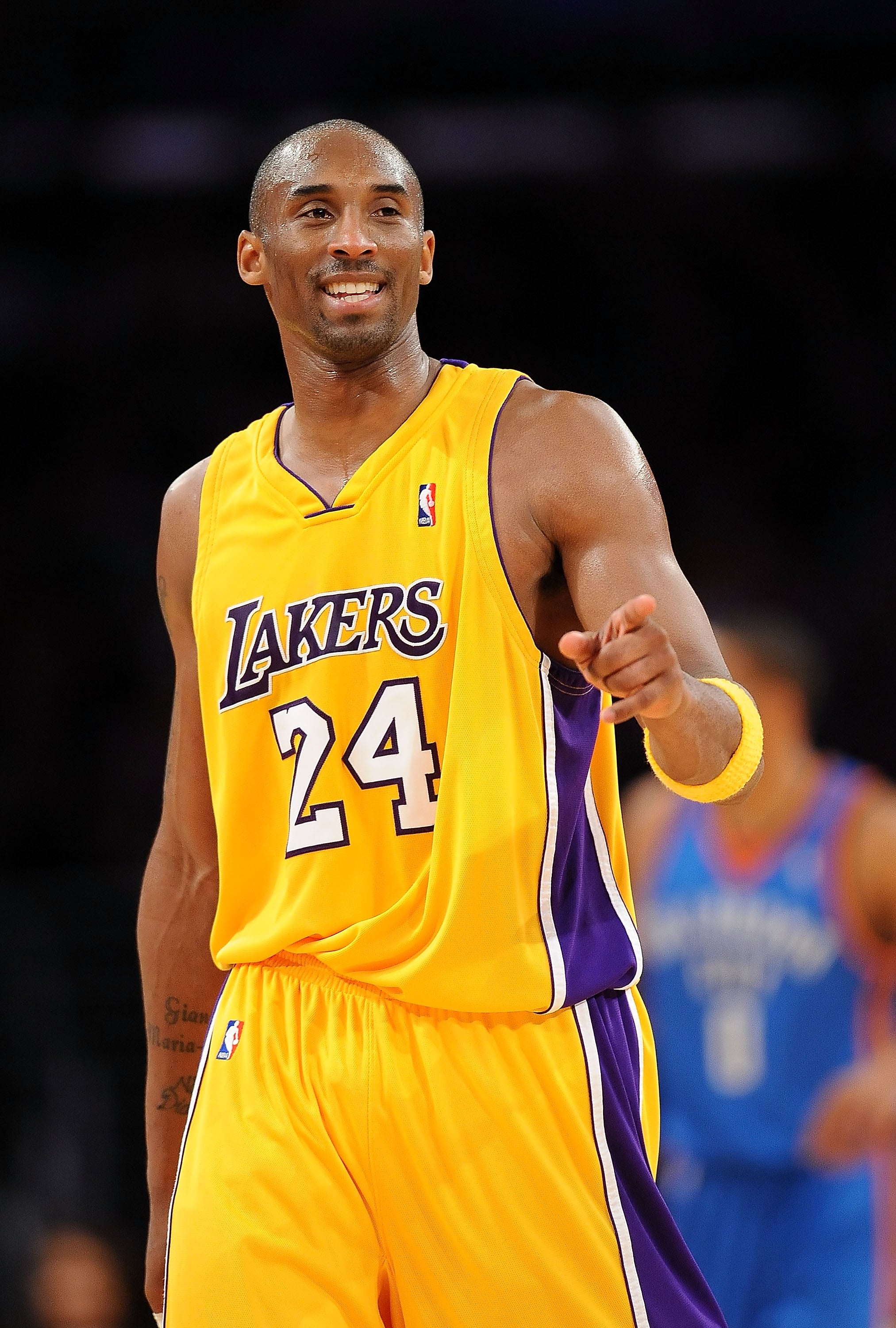 After Kobe Bryant died in a helicopter crash on Sunday, Jan. 26, the NBA honored the late former Los Angeles Lakers player with 24-second and 8-second violations during the games. The violations signify the numbers Kobe wore during his 20-year professional basketball career, the entirety of which he spent with the Lakers.

NBA games still continued as scheduled hours after the news of Kobe's death was reported. The Houston Rockets and Denver Nuggets tipped off first in Denver, where they paid tribute to Kobe with a moment of silence. Later, the San Antonio Spurs faced off against the Toronto Raptors, and each team honored the former Laker player's number 24 jersey by taking voluntary back-to-back 24-second violations. Kobe wore the number 24 from 2006 until he retired in 2016.

Other teams paid homage to Kobe's number eight jersey, which he wore for the first half of his career with the Lakers, with eight-second backcourt violations.

Kobe was traveling in a private helicopter on Jan. 26 with his 13-year-old daughter Gianna and seven other passengers when it crashed amid foggy conditions" and a small fire erupted. There were no survivors. Kobe is survived by his wife, Vanessa, and their three other daughters, Natalia, 17, Bianka, 3, and Capri, who was born in June 2019. The news of his death was met with an outpouring of emotional reactions on social media, including from fellow celebrities and NBA stars such as Shaquille O'Neal, Dwyane Wade, Kevin Love, and Scottie Pippen.