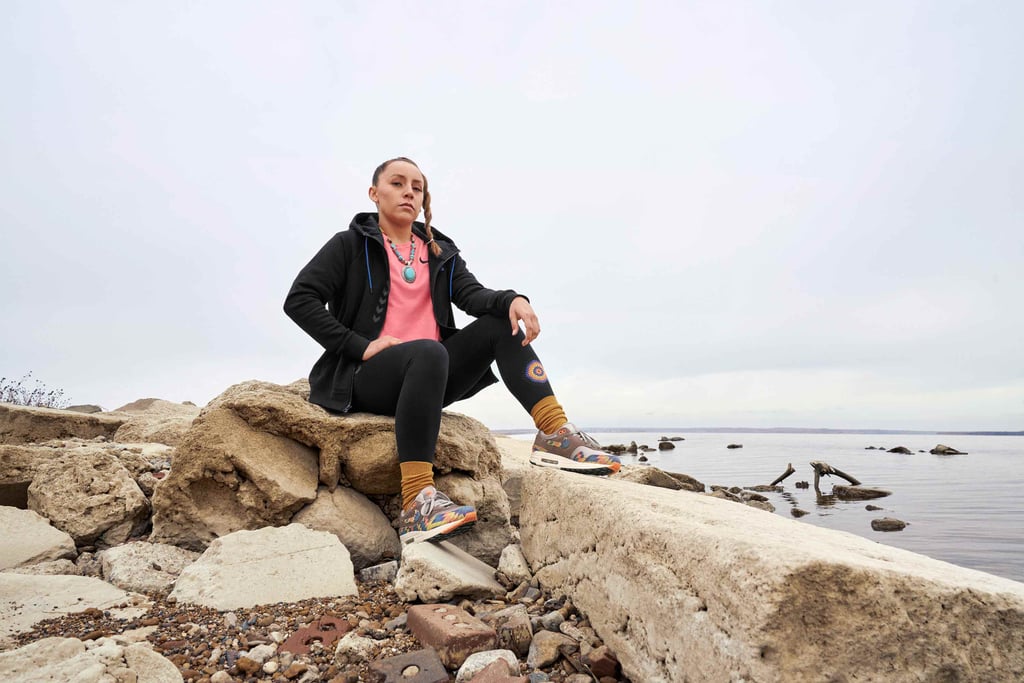 Twice a year, Nike releases its N7 collection inspired and designed by Indigenous peoples. The summer 2020 N7 collection paid homage to intergenerational healing and the heritage plants found across the Americas, as a press release described. This year's winter collection, like many of the winter collections before it, runs at the same time as Native American Heritage Month and is inspired by NBA point guard Kyrie Irving's own journey rediscovering his Indigenous roots. It launched on Nov. 13.

Irving's mother died when he was 4, and ESPN reported that she was a descendant of the Standing Rock Sioux. Irving, who has collaborated with Nike on staple apparel in the past, took part in a naming ceremony two years ago where he was given the Lakota name "Little Mountain." The winter 2020 N7 collection features a design drawn from the star quilt and medallion he received during this ceremony, according to a a Nike news release.

"I'm extremely proud to be Lakota Sioux, and at the same time, I'm still in the process of diving deeper into discovering who I am and where I come from," Irving said in a statement. "Everything that comes with my background is something I've always accepted, but I didn't necessarily understand it until now. The immense pride I feel comes from this journey I've been on, this rediscovery I've made in my adult life."

Along with these recurring collections, Nike established its N7 Fund that gives grants to organizations helping to better youth in Native American and Aboriginal (Indigenous peoples of Australia and its islands) communities. According to the N7 Fund website, it has awarded more than $7.5 million in grants to 259 organizations since 2009, and that number is only growing.

Past recipients include the Zuni Youth Enrichment Project, which aims to bring sports and other activities to young people of the Zuni tribe, and InterTribal Sports, an organization that brings athletic programs to over 20 tribes located within San Diego, Riverside, and San Bernardino counties in Southern California. Recipients of the 2020 N7 Fund grants will be announced later this month, according to a Nike spokesperson.

Ahead, check out some photos of the winter 2020 N7 collection, some of which already had to be restocked or is coming soon on the site. You can find the collection via Nike.com and at select Hibbett Sports stores.

Beauty Interview
Is the Mohawk Hairstyle Cultural Appropriation? It's Complicated
by Jessica Harrington 23 hours ago