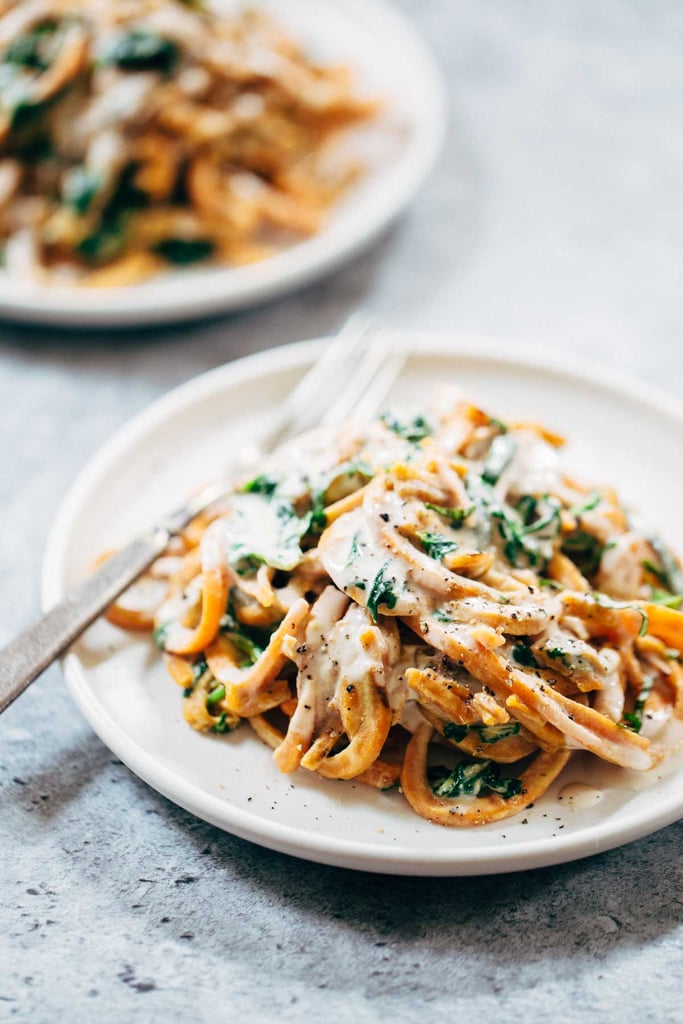 Spiralized Veggies Are the New Noodles

Raw-food enthusiasts have been hip to the veggie "noodle" trend since the heyday of health-foodie homemade nut milks and dehydrated flax crackers. So, what makes 2016 prime time for veggie noodles? For starters, the obvious: veggie noodles supercharge your meals with a plethora of phytonutrients. (Who wouldn’t want that?) Plus, now more than ever before, traditional pastas are on the "no" list for those who avoid gluten, stick to a Paleo diet, or are trying to cut carbs to lose weight. And while you can certainly make good use of a fancy (but scary-sharp) mandoline ($70) or spiralizer ($40) if you already own one, a new breed of inexpensive handheld spiralizers makes it easier than ever for home chefs to try their hand at the trend. We heart this one by OXO ($15).

So what are the best veggies to spiralize? Ones that are long or round and harder in texture so they hold up, such as zucchini, beets, sweet potatoes, carrots, kohlrabi, cucumbers, broccoli stems, and butternut squash.