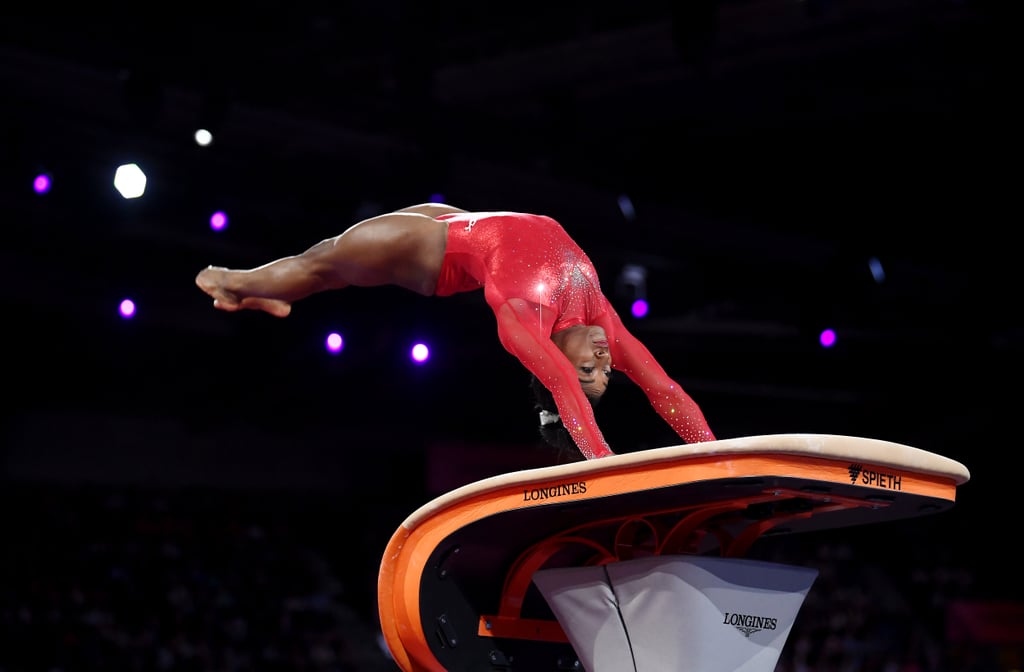 How Many World Championship Medals Has Simone Biles Won on the Vault?

Simone isn't undefeated on the vault, but the Olympic champion has still racked up an impressive tally of medals. She's got two gold medals (2018 and 2019), two silvers (2013 and 2014), and one bronze (2015). That's five medals, one from every championship she's entered since her career began.

Simone Biles
Sparkly Leotards and Sky-High Flips: Get a Sneak Peek of Simone Biles's Gold Over America Tour
by Maggie Ryan 13 hours ago

Red Carpet
Jessica Long Had the Hottest Plus-One at the Emmys: Her Tokyo Gold Medal
by Perri Konecky 3 days ago