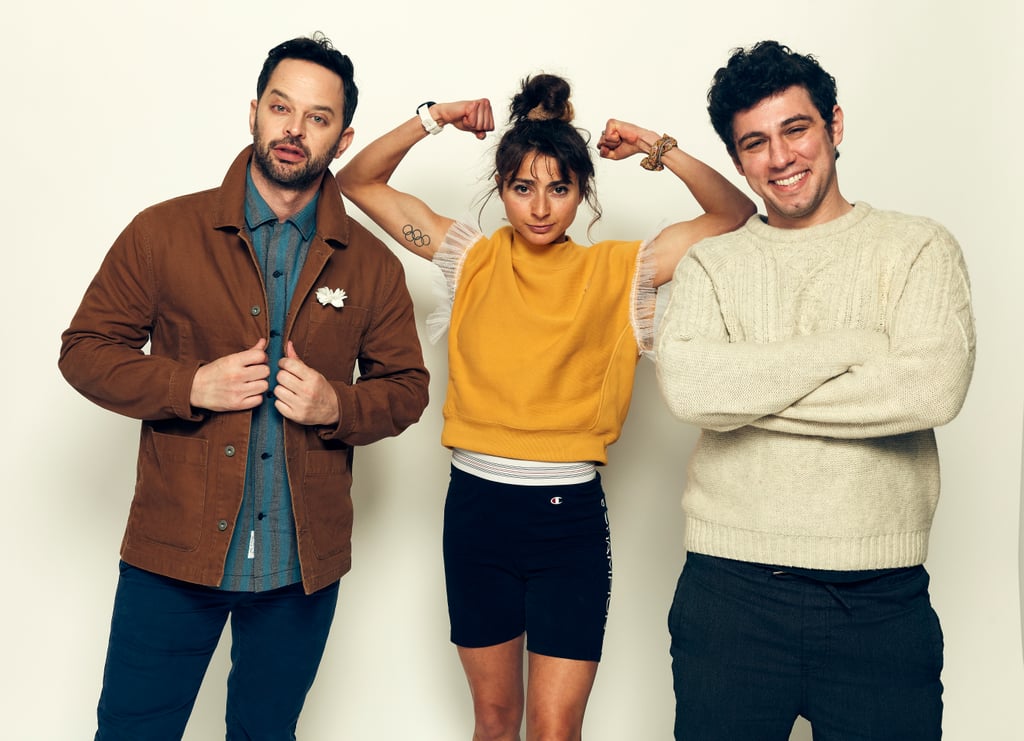 PS: Your new book, Bravey, is coming out soon. It's a memoir in essays, so can you talk about what was maybe the hardest for you to write about?
AP: I think the book will probably surprise a lot of people, because running is a backdrop, but it's really about growing up without my mom. That was the hardest thing I faced. I lost my mom to suicide when I was 4, almost 5. Just recalling the few memories that I have of her . . . they were really difficult. I think to see that side of pain — that really, really bad pain — at a young age has framed pain for me in my life. You might see the kite tail of how I feel in my Instagram posts, you might see the poem at the end, but the book is more like the root, like, where did this really come from? I think a book is a more appropriate format for those origin stories than an Instagram post. So, I'm so excited for people to read the real core of me.

PS: How does being an athlete play into your roles as a writer and filmmaker?
AP: I think so many people see writing, or they see running, as something like: "This person was born with these gifts." And it's true. You were born with the body you're born with and maybe it has a certain potential. But more than anything, I think what I've found through running that's carried over into the creative world is that it's something that you can put work into, and learn, and be a student of, and improve. And I saw that because I was the worst on my team at Dartmouth when I got there. I was the worst in the league. I was not good.

PS: But that's important for people to hear, because I think we often assume every Olympic athlete was always the star of everything that they did, every team they were on.
AP: Yes! I could not run four miles without walking. I grew up in California and went to school in New Hampshire and I remember feeling so far from home, and far in the way of my body was not doing what I wanted it to do. I was all the way across the country and my dad told me, "Lex, just try to keep showing up and try to always matter while you're not mattering in the ways that you want to." I gave myself a window of time to commit to continuing to show up. And I think so many people stop before they've given themselves a fair enough chance at showing up over and over again. And it doesn't mean I needed to show up for five years — it meant I took it a year at a time. I was like, "I will show up every day for a year, and then we'll evaluate at the end of this year." I think a lot of people quit too early.

PS: You're obviously approaching this moment with grace and thoughtfulness and hope for the future. But I think even those of us that are lucky to be doing as well as we possibly can be are still having hard moments. What's keeping you going when times do get hard?
AP: I've definitely had my moments here. I had a nightmare that I missed the flight home and wasn't going to see Jeremy. And of course, there was never a flight, but I woke up crying. And then another instance: during workouts here, I've started to exceed a fitness level that I haven't seen in myself since before Rio. At a certain point in these workouts, I've hit a pain threshold, and I've cried. I'm not sad, and it's not like, "This hurts so bad that I'm crying." It's a little raindrop that has come out, and I think it's grief. And I felt better afterwards. What I've told myself is the word "stay." It's very simple, but it's just to stay. Stay on your own team. Stay in this moment. Put another foot in front of the other. Let this emotion play out. Because to hold the tears in would have been really silly — sillier than you feel when you're running around crying. I hope that helps.