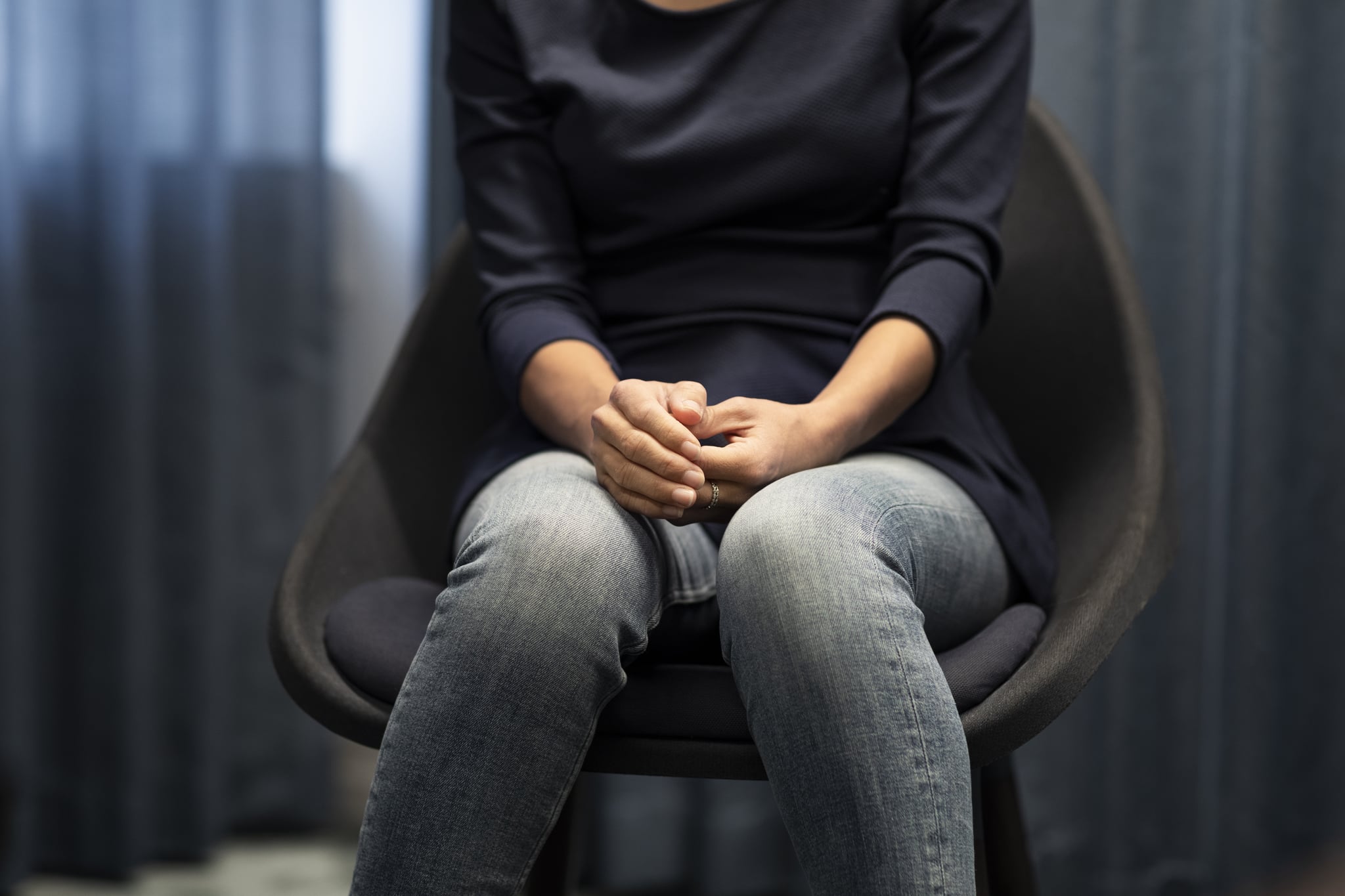 Though the term "psychosis" may be thrown around loosely, the diagnosis is often much deeper than describing someone's erratic or abnormal behavior. According to the National Institute of Mental Health, a period of psychosis is what happens when an individual's "thoughts and perceptions are disturbed" and they "have difficulty understanding what is real and what is not."

In a psychiatric episode (sometimes referred to as "psychotic episode"), "people will experience audio and/or visual hallucinations, delusions, disorganized thinking and speech," Akos Antwi, a psychiatric mental health nurse practitioner, tells POPSUGAR. However, one individual's psychiatric episode will look different than another's — as it depends on a myriad of factors, including the specific diagnosis.

For example, licensed clinical psychologist Janelle S. Peifer, PhD, explains that during a depressive psychiatric episode or crisis, "there can be increased suicidal thoughts, withdrawal, changes in sleep, or more emotional reactivity." For a manic psychiatric episode, "you may see higher risky behaviors, excessive spending, and increased sexual risk-taking." And for a schizophrenia or a psychotic episode, "people may hear voices, become paranoid, or begin to engage in behaviors that are concerning."

Related:
20 Expert-Approved Ways to Calm, Center, and Soothe Your Mind, Today and Every Day

The good news is that addressing this behavior and getting help is attainable; the hard part is that many people in a psychiatric episode don't always know that they are in one. For this reason, it's incredibly important to not only understand the signs and symptoms of a psychiatric episode, but also know how to support friends and family as they go through one themselves.

With the help of our two experts, ahead are some helpful tips to keep in mind as you show support for someone in the midst of a psychiatric episode.

Know That You May Have to Advocate For Them

As stated previously, a lot of people in the midst of a psychiatric episode don't always understand they are in one. For this reason, you may need to alert other close family members or friends in order to get them the proper help they need. Though you may think it is wrong to self-diagnose a close friend or family member who could be in psychosis, if you are noticing warning signs, Antwi confirms "it is not wrong to assume a friend or family member is going through a psychiatric episode."

That being said, you shouldn't assume someone is in psychosis just because they seem particularly sad or different that day. Antwi advises to pay close attention to this individual's "unique set of warning signals and risk factors." She says that one of the essential steps in ensuring that folks affected by this can receive the assistance they require is understanding what these symptoms look like and how they can show differently in different people.

To understand more about an individual's specific warning signs, it would be helpful to talk with them about it before they potentially have another episode or directly after an episode. You can ask them how their psychiatric episodes manifest, and what warning signs you should look out for. This can help since, once an episode is over, some people can recognize when they were in one and therefore provide insight into what that looked like and how it manifested. You can also reference NIMH's website for a list of psychosis signs and symptoms.

People going through a psychiatric episode may find it difficult to do things that they otherwise normally would. For this reason, Dr. Peifer suggests helping with the basics, like bringing them food or offering to watch their pets or babysit their children. You can also just check in on them regularly to share your care and concern.

Listen to Them Without Judgment

You want to create a safe space where your loved one feels comfortable discussing their mental health, especially considering that "many people feel that their symptoms are worsened by fear of judgment, stigmatization, minimization, or ostracization," says Dr. Peifer.

In order to provide this, she recommends letting them know you are there to talk about their experience and recovery. In some cases, that verbal affirmation may be all they need to feel like they can open up. You can also show your support by continuously checking in with them and asking how they are doing — before, during, and after an episode.

If they do decide to open up, be mindful not to invalidate how they are feeling and remind them that it's OK to be feeling this way. Dr. Peifer advises to "use 'I' statements without judgment from a warm, authentic space of care." You can say things like "I am noticing that you seem to be struggling lately . . . is there anything I can do to help or anything you would like to talk about?" and "I care about you and want to make sure you're OK . . . how have you been feeling lately?" It would also be helpful to ask them if they would just like someone to listen or if they are open to receiving advice. You can directly say, "Are you looking for someone to just listen or are you OK with me offering resources and advice as well?"

Connect Them With Resources

While you may need to advocate for your loved one by informing other family members or friends about their mental-health state, it is also not your responsibility to play doctor. "Just like you wouldn't try to stabilize someone who is hemorrhaging, it's not your duty to 'fix' a psychiatric episode," says Dr. Peifer.

Instead, you can encourage this person to call the mental health crisis hotline 988 or, with their consent, take them to an emergency department to be evaluated for admittance for a psychiatric hospitalization. You can also connect them with is the National Alliance on Mental Illness (NAMI), which offers additional information on psychosis and a help line 1-800-950-NAMI (6264) or encourage them to talk to a professional mental health professional via a virtual service like Betterhelp or Talkspace (or you can reach out to their therapist directly if they already have one).

However, Antwi adds that it's important to respect what this person does or doesn't want to do, and you should not "try and take over or make decisions without them." Though you may want the best for them, ultimately, it is up for them to decide what actions they take in the midst of their psychiatric episode. And if they don't want to seek additional help, you can continue to be there for them by offering support, giving them your time and attention, providing resources that they can seek if and when they want to receive help, and listening to them.

The only exception would be if this person starts expressing suicidal ideology (like "I am thinking about killing myself" or "the world would be better off without me"), violence toward others, or abuse and neglect of vulnerable people like children, says Dr. Peifer. At that point, she recommends you refer this individual to a higher level of crisis care.

Related:
Even If You Can't See Your Therapist in Person, You Can Still Prioritize Your Mental Health With These Virtual Resources
Image Source: Getty / Johner Images
HealthDepressionWellnessMental Health