My memories of Olympic swimming are inextricably tied to the voices of Dan Hicks and Rowdy Gaines, NBC's duo of swimming commentators extraordinaire. Hicks and Gaines have called international swimming competitions for years on the network, managing to convey enough background information for new viewers to feel in on the story, while still capturing the drama of a tight race or a historical performance. Let's just say that when Rowdy Gaines starts yelling split times while a swimmer is charging down the lane, you know something big is going to happen. (Jason Lezak's epic 2008 anchor leg, anyone?)

We got a peek behind the curtain this week when NBC dropped a behind-the-scenes video of Gaines calling the last 100 meters of the men's 4x100m medley relay in Tokyo, a close contest between the US and the favorite, Great Britain. As Caeleb Dressel handed it over to anchor leg Zach Apple for the US, an in-booth camera focused on Gaines as he rattled off times, consulted his notes, and compared the top two swimmers as they made the turn for home. All the while, Gaines can barely stay in his seat, hopping up and down and finally throwing his arms in the air as the US touched the wall first. That was pretty much my reaction at home while watching, so good to know that the professionals get just as wrapped up in it as we do! Also . . . can we request a Rowdy Cam at every Olympics from now on? Check out the clip above!

Related:
Here's Why Olympic Medalists So Often Emerge From the Middle Lanes of the Pool 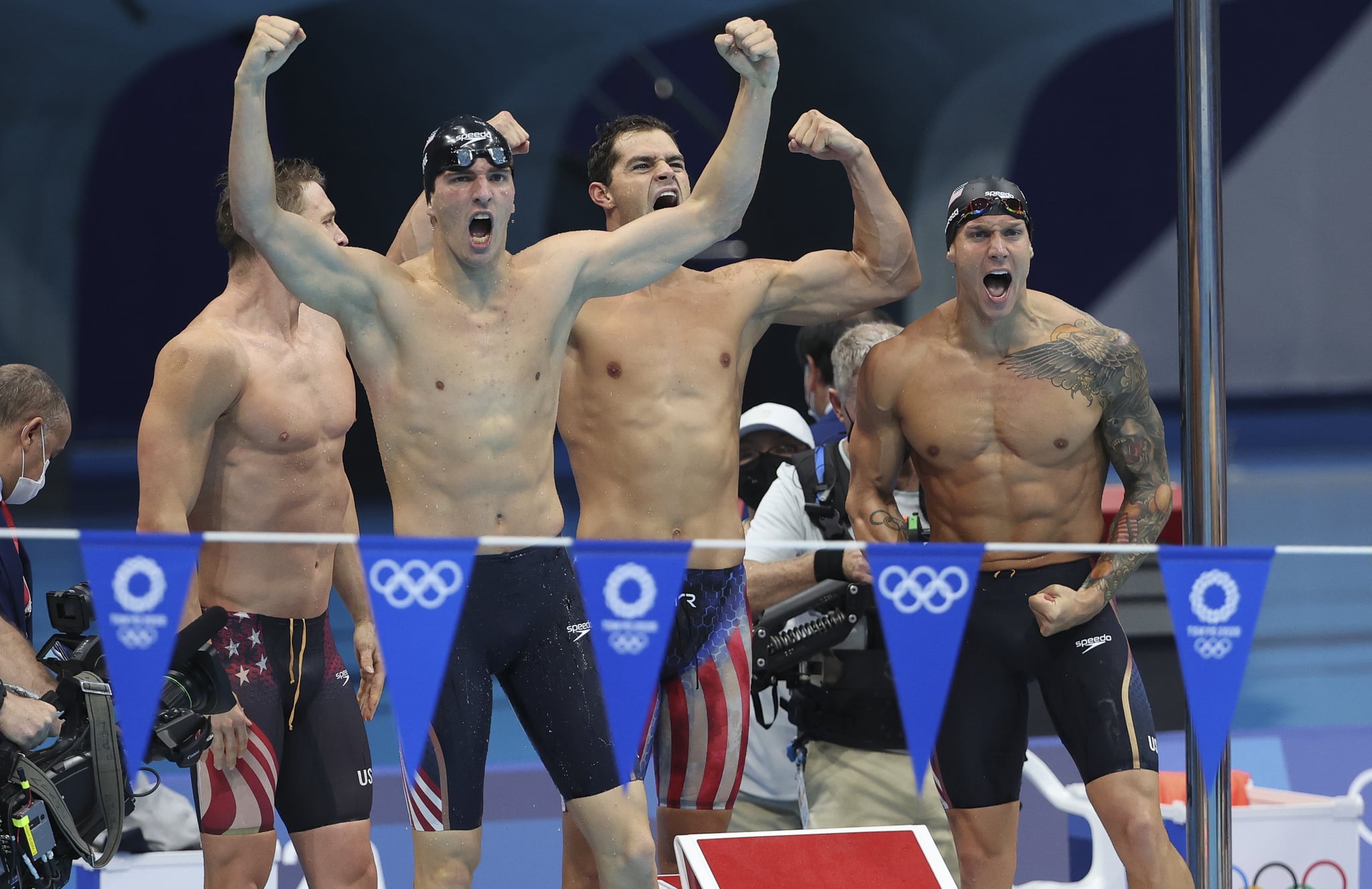