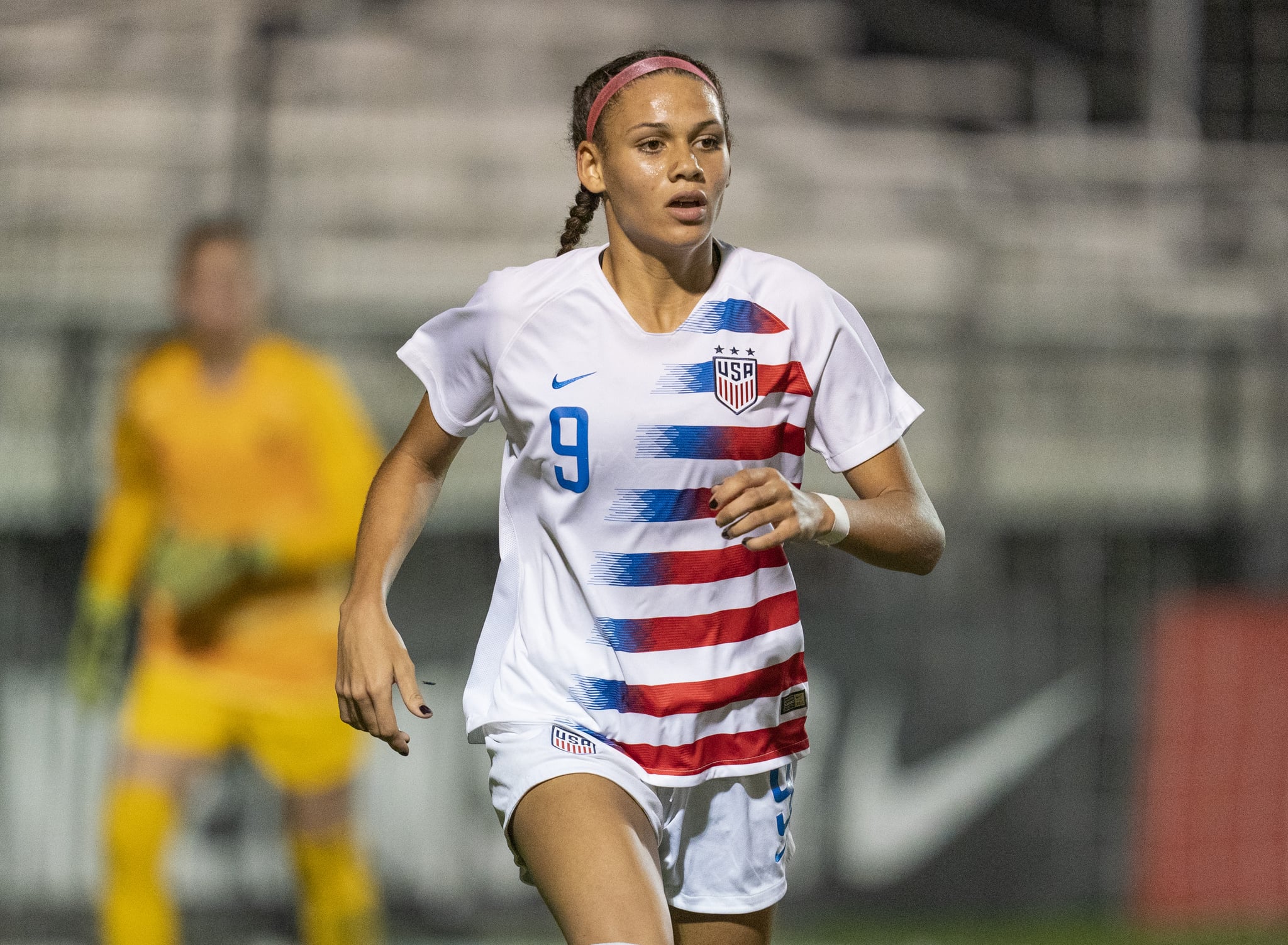 Trinity Rodman is a name you'll want to remember. The 18-year-old professional soccer player made her debut in the National Women's Soccer League on April 10 with the Washington Spirit, then made history in her first game. She scored a goal after just a few minutes on the field and became the youngest American player to score a goal in the NWSL history. Although Trinity made a splash during her professional debut, Washington Spirit lost the Challenge Cup match against North Carolina 3-2.

Trinity was the second overall draft pick in the league earlier this year. "This has been my dream forever, I've been playing soccer since I was 4 years old," Trinity said in an interview after being drafted, according to CNN. Her dad is retired NBA player and hall-of-famer Dennis Rodman — he's also dad to daughter Alexis Rodman and son Dennis Rodman Jr. — so being a professional athlete is in her genes. We can't wait to see what else she accomplishes in her soccer career — her future certainly looks bright!

by Noelle Devoe 30 minutes ago