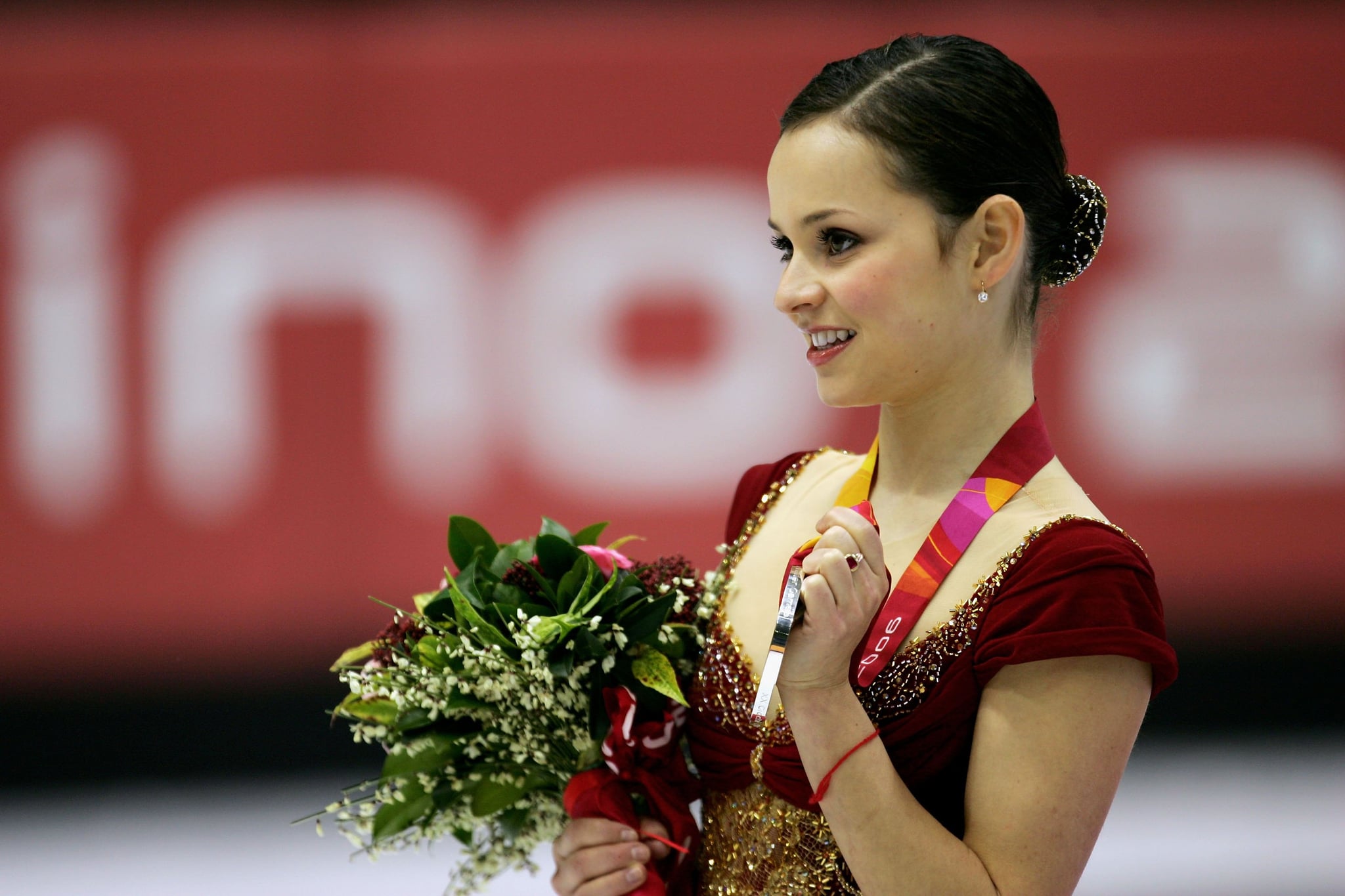 HBO's harrowing sports documentary The Weight of Gold features several Olympic athletes who reveal the emotional toll of training your entire life for an event, only to have to find new meaning and purpose when that dream has ended, often with little support. Among them is Sasha Cohen, who, 14 years later, remains the most recent American to medal in Olympic ladies' figure skating.

Cohen competed at two Olympic Games. In 2002, she finished just off the podium in fourth place. Over the next few years, she steadily rose in the ranks and medalled at several international events. At the 2006 Olympics, Cohen was in first place after the short program, but mistakes on two jumps ultimately landed her in silver behind gold medalist Shizuka Arakawa of Japan. She competed at the World Championships a month or so later, where she finished third.

Though she continued to perform in skating shows, Cohen didn't return to competition until 2010. Her comeback season got off to a rocky start when she withdrew from her fall 2009 events due to tendinitis. She then competed for the first time in years at the 2010 national championships, hoping to qualify for the Olympic team, but her fourth-place finish wasn't enough to earn her an Olympic berth. Cohen did not compete again. In 2016, she was inducted into the US Figure Skating Hall of Fame.

Cohen has kept a lower profile since retiring from skating. According to a 2018 profile in People, she now works as a disruptive change analyst for Morgan Stanley in New York. "It's intellectually very interesting — I'm looking at emerging trends that will transform the way we live," she said. In the film, Cohen notes that, as a young athlete, she didn't develop interests outside of skating. That has fortunately changed. "I've asked myself a lot of questions and have done some deep work philosophically speaking, and I've found I'm the most happy when I have a sense of purpose," Cohen told People. "My goal now is to establish a second career where I feel engaged and where I'm adding value." She has also gotten involved in causes focused on providing help for at-risk families and children, pushing for more funding there rather than investing more in the criminal justice system.

Cohen has also found happiness with her fiancé, Geoffrey Lieberthal, and the couple welcomed their first child in January. She admitted to People that it was tough walking away from skating and having to completely restructure her life: "[When I was skating], I'd wake up every morning with a plan for the day, and the year, and the next four years. I was on this train and everything else blurred on the side." A decade after leaving the sport, Cohen is thriving and finding new meaning far from the ice.

Netflix
Who Was DB Cooper, the Man Who Stole $1.4 Million and Vanished Without a Trace?
by Chanel Vargas 4 days ago