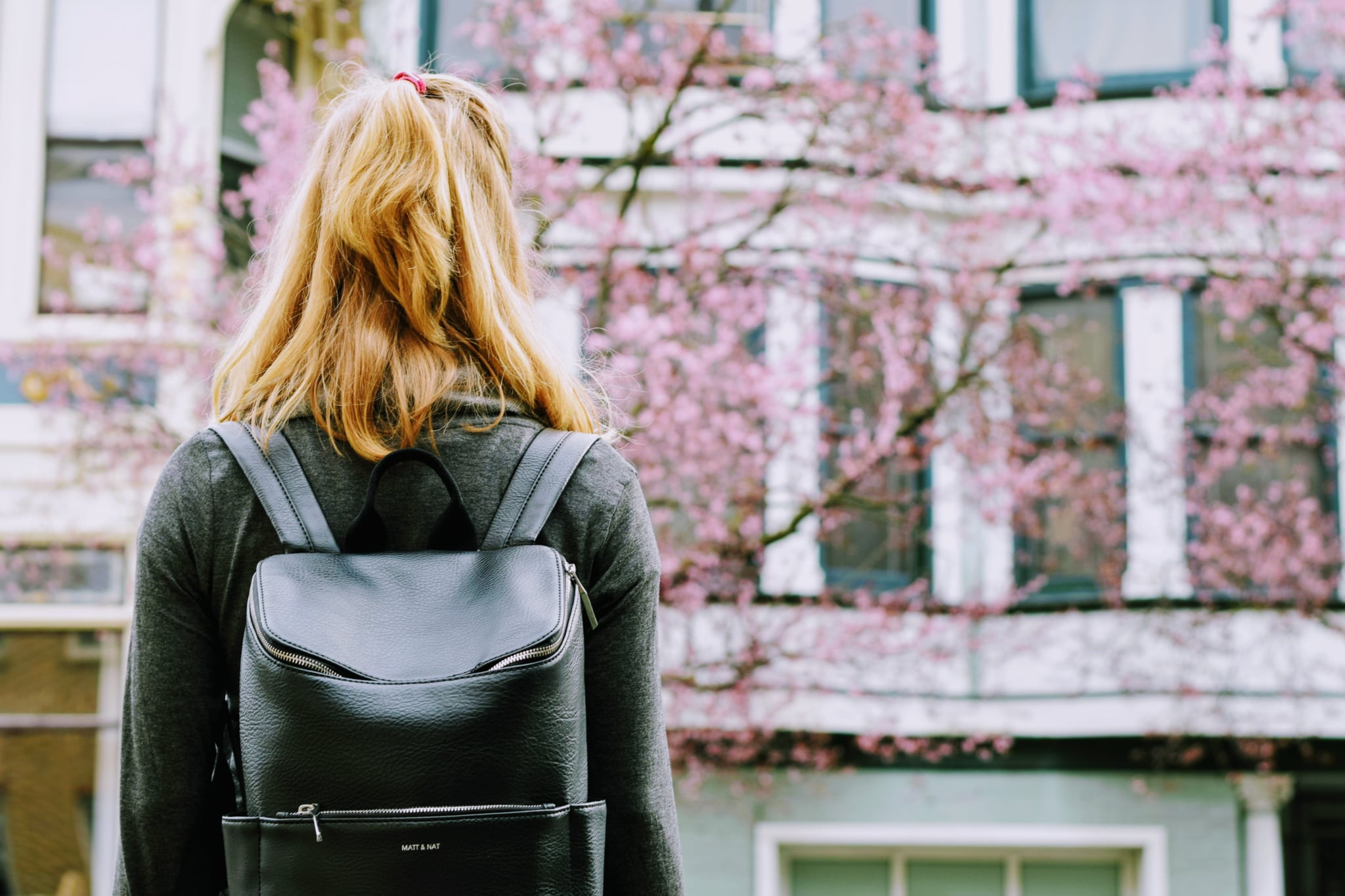 I had always assumed that while packing for college, I'd be more worried about making friends or managing my class load than gaining weight. But in the fall of 2017, as I sat in my childhood bedroom labeling moving boxes "clothes" or "desk stuff," I was absolutely paralyzed by the idea of gaining the "freshman 15."

Though the possibility of my body changing frightened me — I've always had issues with body confidence — it wasn't the changes themselves that kept me up at night. In my mind, carrying a few extra pounds would mean that I had fallen short as a student and a person. Gaining weight would signify to everyone that I was either partying too much, stressed out of my mind, or simply not capable of making "good decisions" during my first year on my own. I wanted to thrive at college, and gaining weight was — in my naive and overly critical mind — a visible sign that I wasn't.

Sometimes I think I agonized over gaining weight so much that I manifested it into existence — and a lot more than just 15 pounds. It seemed every week during my first semester I added a new piece of clothing to an ongoing list of items that "felt a little tight" or "weren't fitting like they used to." I was steadily gaining more weight than I ever imagined I would. At my heaviest, I weighed about 50 pounds more than I had in high school. I often called my mom on the phone — sometimes crying, sometimes too embarrassed to admit just how insecure I was feeling — to talk through it with her. She would remind me that the number on the scale didn't mean anything. But I didn't believe her. In fact, I thought it meant exactly one thing: I was a failure.

Over time, I did lose some of the weight I had gained. My first semester was admittedly one of the hardest times of my life. I wasn't connecting with people the way I wanted, I missed my old friends, and I was struggling through a period of anxiety and depression brought on by so many changes. I can't say the weight gain was entirely related to that, but I should have given myself more grace.

Related:
After Years of Dieting, I Gained 50 Pounds, and It Only Made Me Love My Body More

As I started to settle into a better routine and grew more accustomed to college life, my weight slowly evened out. But I could never get myself back to the body I had in high school. Even when I was happy with the way I looked, there was always this little voice in the back of my head telling me, "But you used to look better." There was this constant narrative running through my mind that I needed to ditch all the weight I'd gained freshman year before I graduated, as if I was finishing school with a clean slate, exactly the way I started.

When I think of everything I've accomplished in this body these past three years, I wonder how I could be anything but proud.

For a long time, I fought with the idea that things were better the way they were before, instead of embracing everything ahead of me. I was using my weight as a physical anchor to the past, to some romanticized version of who I thought I was supposed to be. Now, as I prepare to enter my senior year, I realize how much I've changed since starting college, in more ways than one. I'm a better person now. Why would I want to go back to who I used to be?

I thought gaining weight at school meant I was a failure, that I didn't do something "right" during my time there. But when I think of everything I've accomplished in this body these past three years, I wonder how I could be anything but proud. I learned how to adapt, live on my own, make friends, manage my time, let loose, and have fun.

If people are meant to do one thing, it's change. Maybe we stick to our core values and inherent beliefs, but we're supposed to grow and evolve. That's what I did these past three years. Why should bodies be any different? I refuse to let my college experience be defined as "that time I was always trying to lose weight," or a period where I was grasping at an idealized memory. I'm so excited for my senior year, and I'm finally ready to dive into what's to come while appreciating where I've been. So sure, I don't look exactly how I used to, and I weigh more than I did in high school. But I've gained so much more than a few pounds, and I wouldn't trade that for anything.