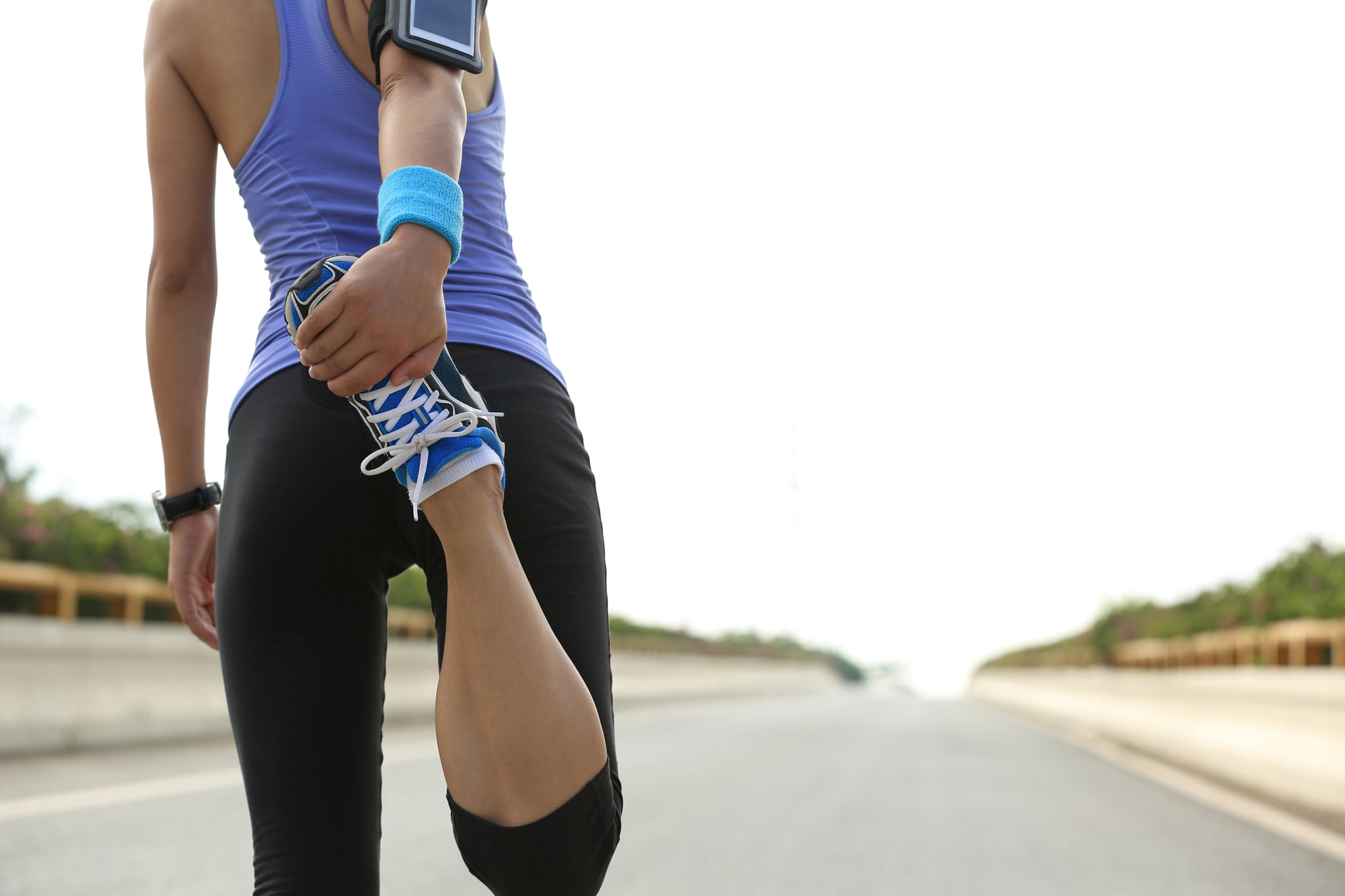 When the clock strikes 6 p.m. and the work day is over, it's not unusual for me to suddenly become Cinderella and rush outside to get a run in before the sun sets. No, I'm not afraid of turning into a pumpkin, but I am afraid of missing a good opportunity to get a run in. You see, more often than not after a long work day, "getting a run in" is the best part of my day.

Since I took up the sport eight years ago, running has been the most consistent thing in my life. It's outlasted a number of jobs, relationships, friendships, and apartments. I'm not saying there haven't been times when I've dreaded going on a run, when I've winced at my alarm sounding, or when I regretted passing up happy hour in favor of a run. In fact, as much as I adore my sport, there have been times when I was injured, took time off for travel, or felt burned out and needed a pause. Still, I always popped back into running.

But about a year ago, I decided to take a longer break from running — one might even call it a break-up. I had just completed my third marathon and the holidays were approaching, so I'd be traveling nonstop to see family. I hadn't planned on taking a break, but I figured a week or two off would do my knees some good. And who could say no to laying on their parents' couch for days on end? But two weeks turned into four and then six. Next thing I knew, it had been almost three months and I had barely run. What's worse: the thought of running sounded awful. What once was my favorite part of the day now sounded like my nightmare.

Related:
My Mom and I Take a Zoom Workout Class Together, and It's the Highlight of My Week

On a walk home from work one night, I called my parents for our nightly catch-up (yes, nightly — I'm a Leo who likes to talk!), when I found myself rattling off how horrible everything was, how cranky I was, how my apartment was too small, how work was too hard, how my friends weren't paying attention to me enough (hello, Leo again!), and how, ugh, I probably should start running because I had a spring race that I needed to train for. My parents, who are the most patient and kind people, just listened in silence when my father broke in and said, "I think you should go on a run. No offense, but you're much happier when you run." In that moment, I realized he was right. When I was consistently running, my postrun phone calls home were excited, full of energy, and just happy.

My break from running failed to be relaxing at this point. In fact, the break-up was just separating me from something that routinely kept me grounded for the past few years. Running had helped me handle my stress and sort through the worries of the day. I realized that by the time I was done with a run, things that seemed so heavy before suddenly didn't feel so insurmountable anymore. So without a regular run to help me process these feelings, they just built up until I became a person who could spend an entire phone call complaining.

Since that revelation, I've changed how I view my runs — even the ones I dread (hey, I'm only human). I'm aware now that my hobby is much more than something to cross off the to-do list in preparation for a race; it's part of how I process my feelings, manage my stresses, and recenter myself. Now if I'm feeling overwhelmed, I know that lacing up my favorite running sneakers might just be the solution. You see, even though I knew I liked running, I didn't know that I needed it until I let it go.