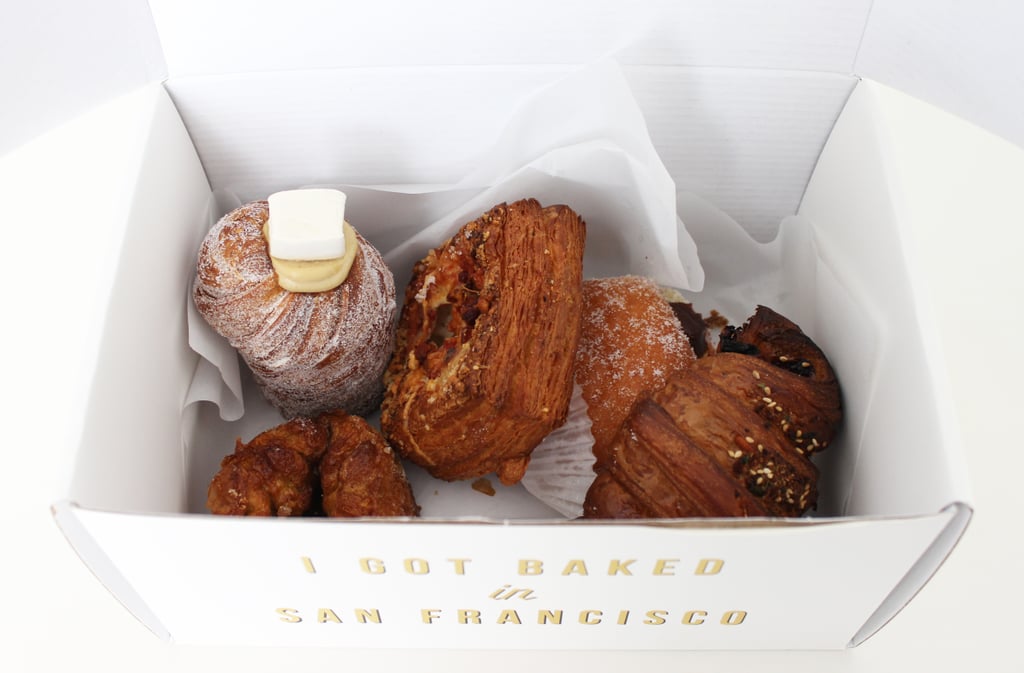 You'll Want to Get Your Hands on the "Cruffin" ASAP

I'm a social media addict with little shame and an inhumanly large appetite, and of all the popular Instagrammed food that I've seen, scouted, and tasted — which probably number into the hundreds — I think that the cruffin is my favorite. No, not the widely beloved Cronut . . . the cruffin. A drool-worthy croissant-muffin hybrid rolled in sugar and filled with everything from coffee crème to passion-fruit curd, the cruffin is inspiring the masses to trek to San Francisco's Tenderloin district for a sweet taste.

Mr. Holmes Bakehouse, the small San Francisco bakery that has made the cruffin famous, churns out cruffins to its quickly growing fan following at an astounding rate. Every morning the bakehouse rolls them out around 9 a.m., and the pastries typically sell out within the hour. Customers line up down the block, hoping to get a taste of the newly famed cruffin before they've run out for the day. I'll admit that I have made the pilgrimage to Mr. Holmes myself, braving wind, rain, and a lengthy public transit commute for the sole purpose of snagging a sugary bite of the "Fluffernutter" (peanut butter and marshmallow crème) cruffin on a cold Saturday morning.

While the entire selection of Mr. Holmes' pastries is worthy of a spotlight, I decided to feature its two most notable offerings: the cruffin (just under $5) and the California croissant ($5). The latter is a Bay Area-inspired take on the classic croissant, filled with a salmon roll and topped with a mix of dried sesame and seaweed bits. Served with a side of soy sauce, the Cali croissant may sound strange to an outsider, but trust me . . . you'll be hooked (ha!) on the sushi pastry. Read on for my take on the cruffin trend and the newfangled sushi pastry, and you'll definitely want to "get baked" during your next trip to San Francisco.