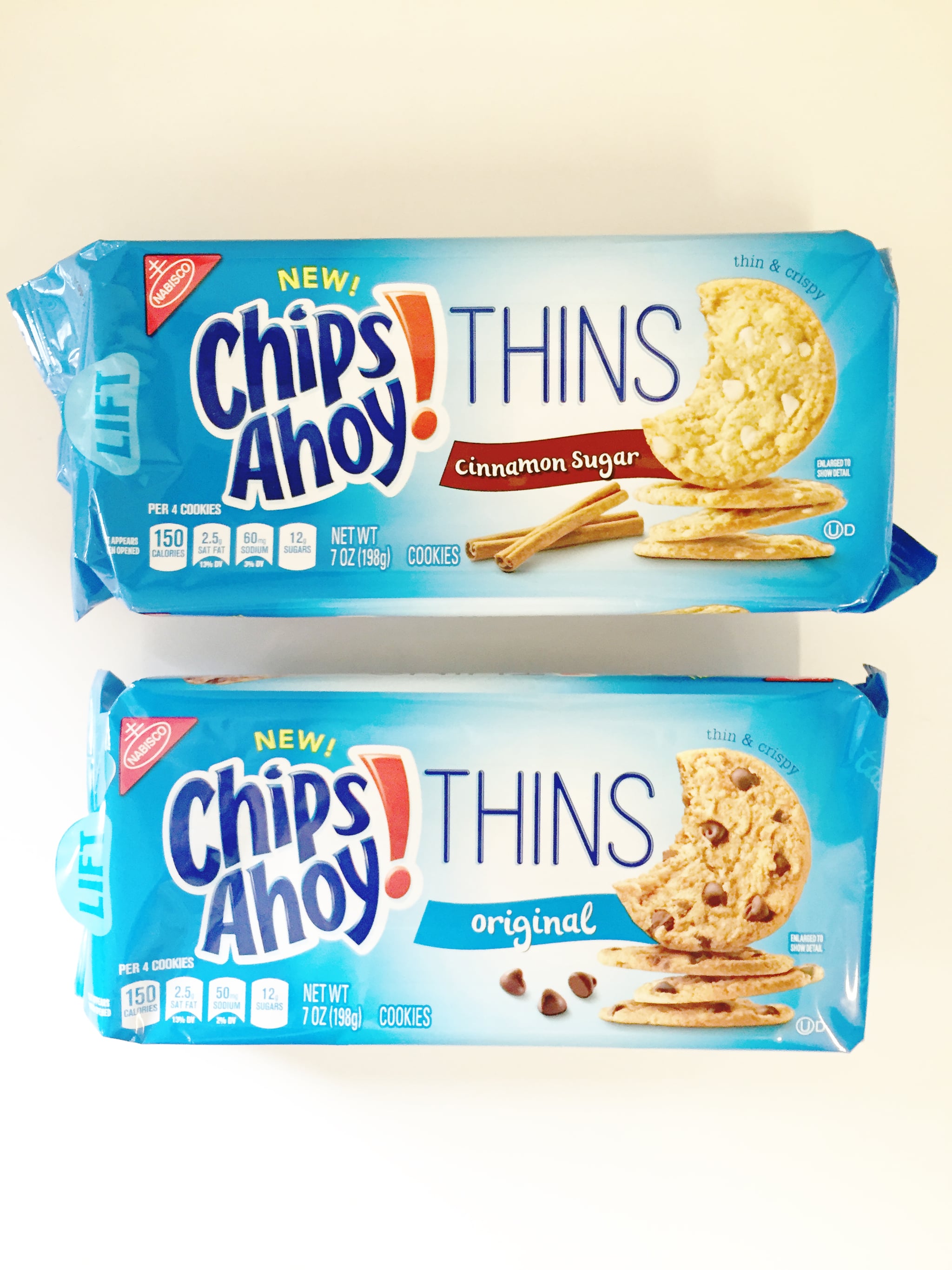 Chips Ahoy! just released a new spin on its classic cookies in the form of Thins, aka crunchier and thinner cookies that are even more snackable than the original. A spokesperson wrote in an email, "Chips Ahoy! THINS were created for those looking for a more adult treat, but are unwilling to sacrifice on taste." Similar to the Oreo Thins launched earlier this year, Chips Ahoy! Thins are so easy to eat that you won't be able to stop at just one. As some of our taste testers noted, the cookie is almost like a cracker because of its thinness, but if you prefer crunchy over chewy, you'll like the size even more. The company released two flavors, original and cinnamon sugar, which you can find on store shelves nationwide starting now. Here's how each one stacks up to our taste testers' standards and what you can expect if you pick them up for yourself. 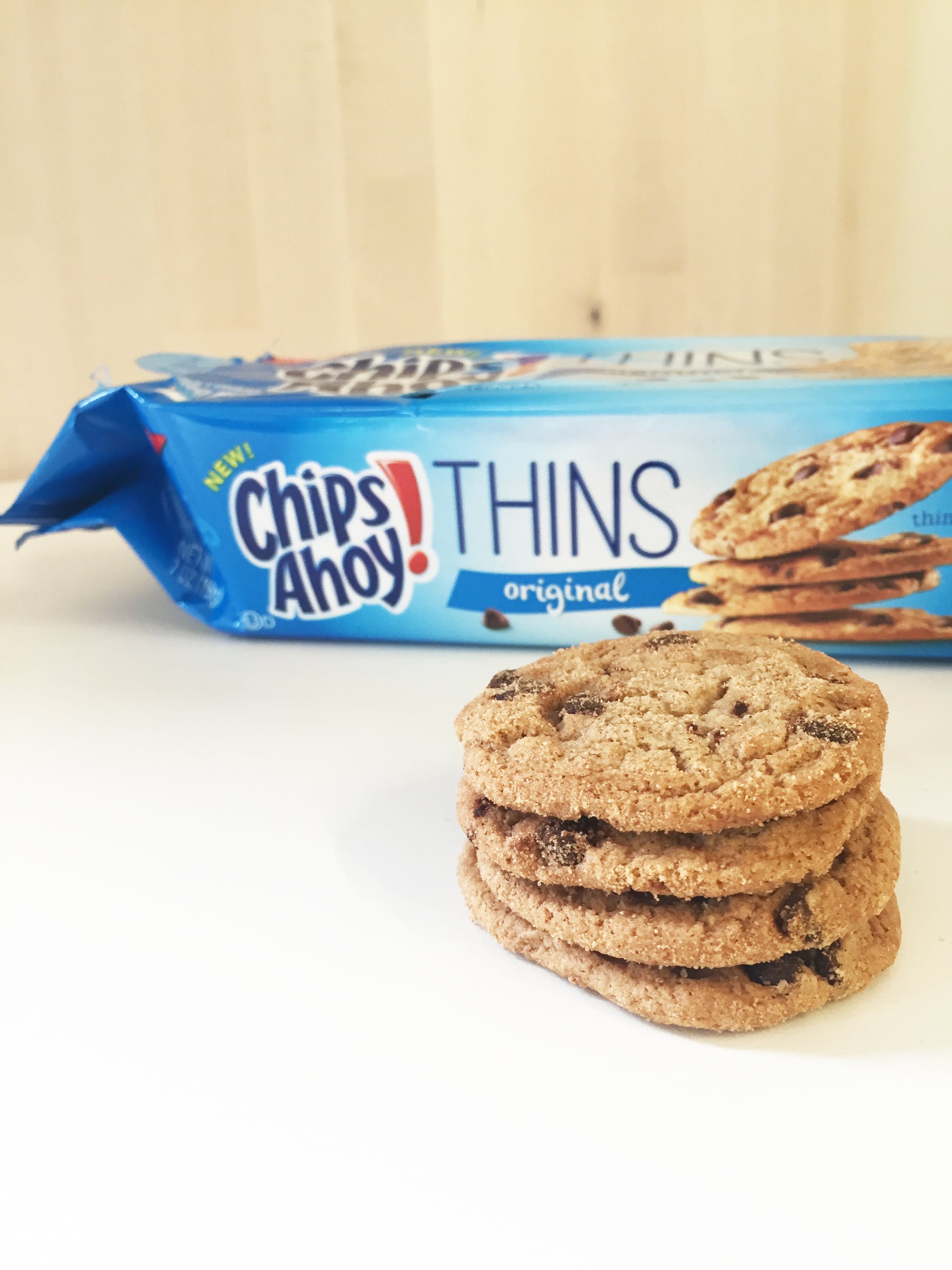 If the taste of a Chips Ahoy! chocolate chip cookie takes you back to your childhood, you're guaranteed to love the Thins version. The cookie itself is about half the thickness of the original cookie, but it's packed with just as many chocolate chips. While some editors love this cookie (one wrote, "Even better than regular because of the crunch"), others disagree and feel it's too thin to enjoy. "This isn't enough cookie. I want my own big cookie," one reviewer wrote. 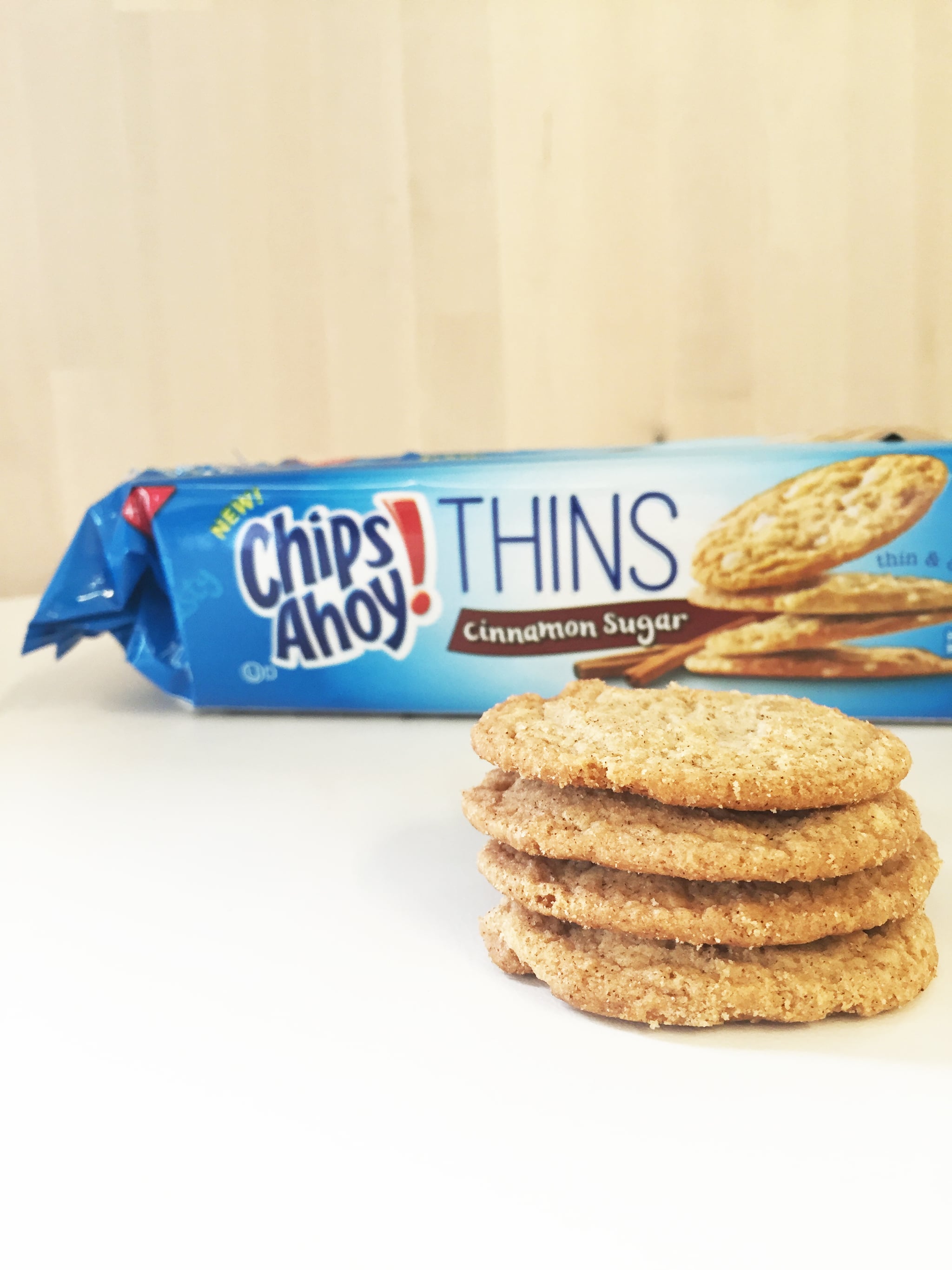 To celebrate the launch, Chips Ahoy! has partnered with 10 Below Ice Cream in New York, Stan's Donuts in Chicago, and Alfred Coffee in LA to offer limited-edition treats starring the Thins, so be sure to head to your city's local spot if you can. If not, grab a package of your flavor of choice along with some of the other best new snacks of 2016.

Food News
Ramen Nachos and Cheesecake? This TikToker Is Cooking His Way Through All the Pastabilities
by Chanel Vargas 14 hours ago