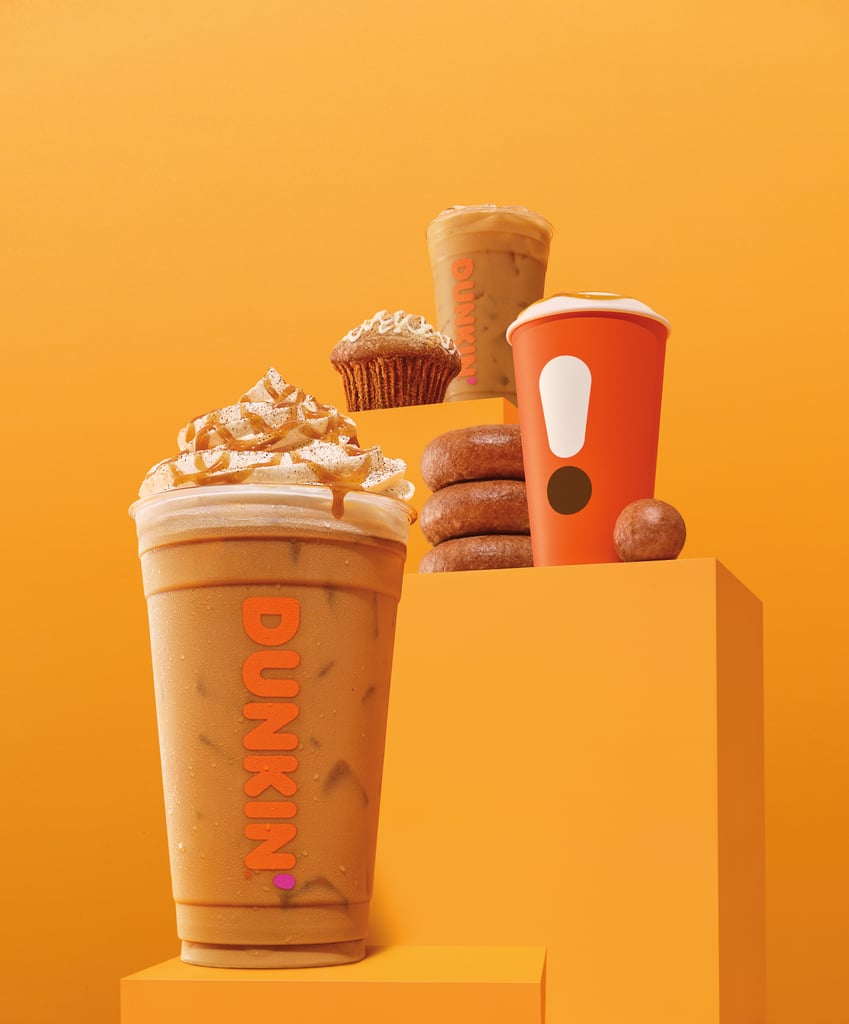 For its cozy Fall menu, Dunkin' is going back to basics. Though the coffee chain has experimented with wild doughnuts and drinks in the past — remember that Peeps doughnut? — Dunkin's upcoming seasonal menu relies on tried-and-true flavors and treats.

In addition to returning menu items like the Pumpkin Donut and Pumpkin Muffin, Dunkin' is also introducing a new Apple Cider Donut and Apple Cider Munchkins, which can basically bring any ordinary day the magic of a trip to the apple orchard. And because there had to be something slightly over the top, Dunkin' will also be offering a Cinnamon Sugar Pumpkin Signature Latte.

The full menu will be arriving at Dunkin' locations starting Aug. 21, just in time for when Summer starts to feel really old. (Just me?) See photos of the Fall menu ahead.