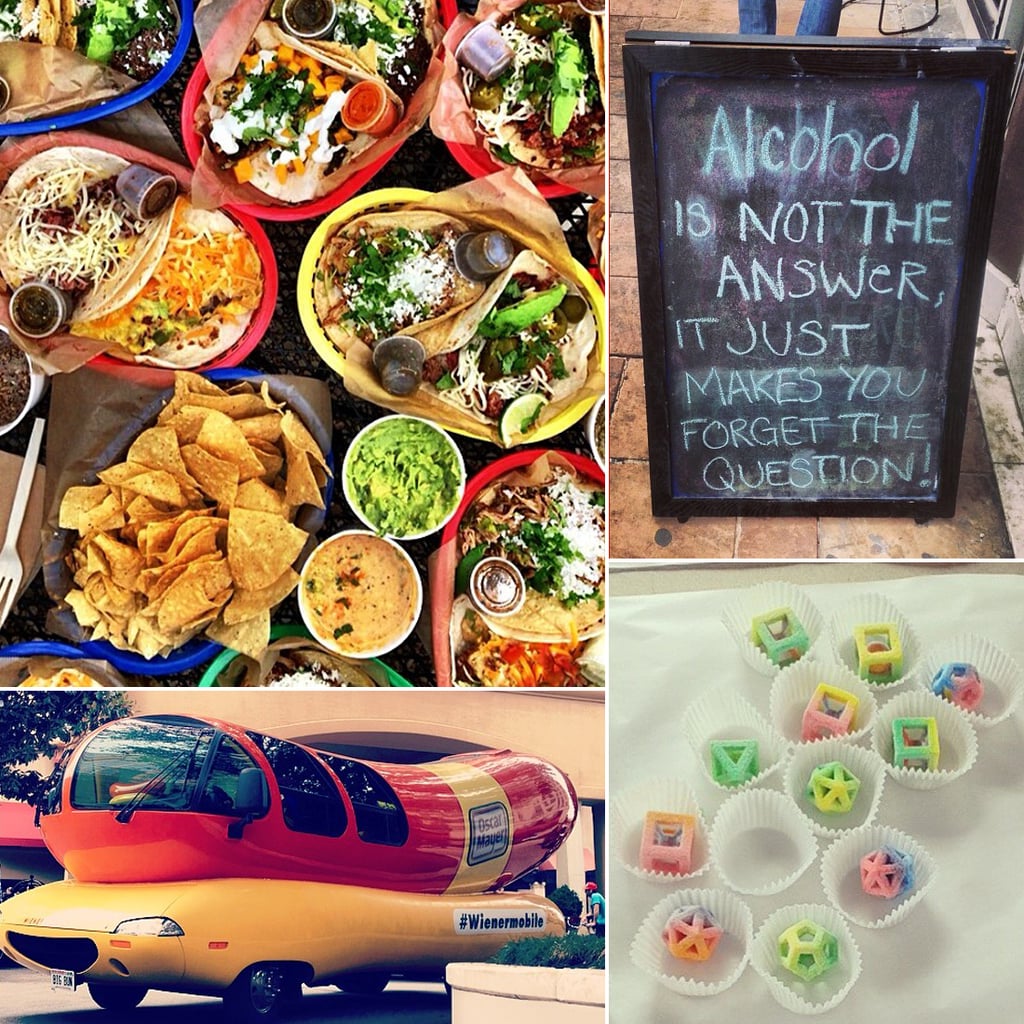 Fill Up on the Food Scene at SXSW

South by Southwest might be best known for its epic music, film, and tech scene, but that's not all that goes on at this nine-day meeting of the minds. Festivalgoers also look forward to indulging in classic Texan fare and tipples (think barbecue, queso, and Lone Star brews) as well as technology-influenced treats like 3D printed sweets. Scroll down to fill up on South by Southwest's bold food scene.

Food News
If You're Not Spiking Your Ice Pops Like This, You're Simply Doing Summer Wrong
by Victoria Messina 10 hours ago

Food News
Free Dunkin' For National Nurses Day? Sure! Just Show Your Badge or ID, and Sip Away
by Samantha Brodsky 13 hours ago