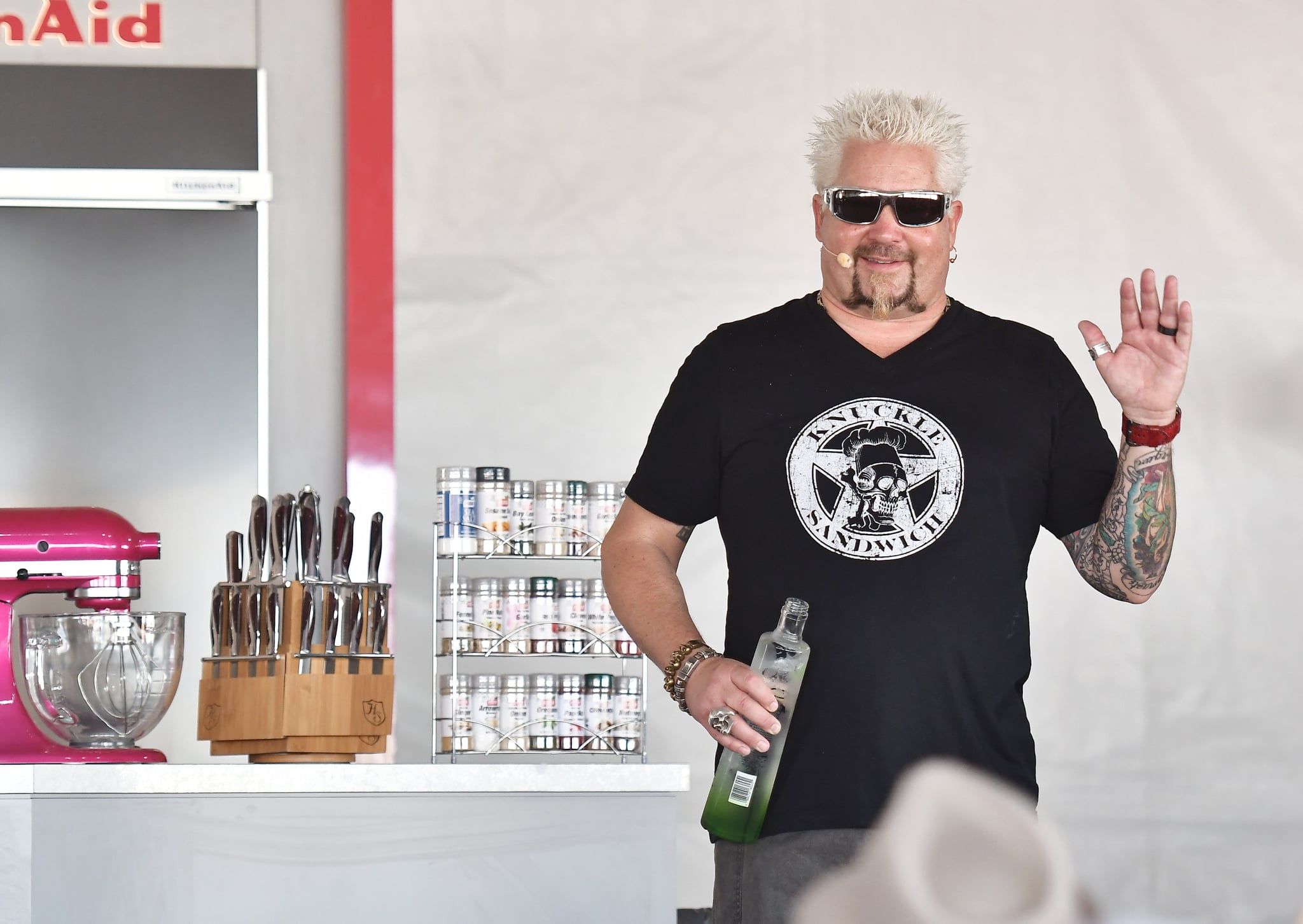 Guy Fieri fans, listen up! The Food Network host is debuting a brand-new show, which means there will be something other than Diners, Drive-Ins, and Dives and Guy's Grocery Games taking over your TV. With a working title of Guy's Big Project, the show will not only be hosted buy Guy, but will also feature another chef, who has yet to be chosen. Guy's Big Project "will have Fieri develop a new Food Network show with a chef chosen among the many he has met in 10 years of hosting his wide-ranging restaurant-travel show Diners, Drive-Ins & Dives," the official announcement from Scripps Network Interactive, the company that owns Food Network, reads.

This exciting news is part of a larger announcement from the network about a whole list of new shows on HGTV, Food Network, and Travel Channel, including a Fixer Upper spinoff series with Chip and Joanna Gaines. We've reached out to Food Network for comment about Guy's Big Project and will update this post as more information becomes available.

TV
Amazon's Harlem Series Isn't Out Yet, but We've Already Added It to Our Must-Watch List
by Monica Sisavat 17 hours ago