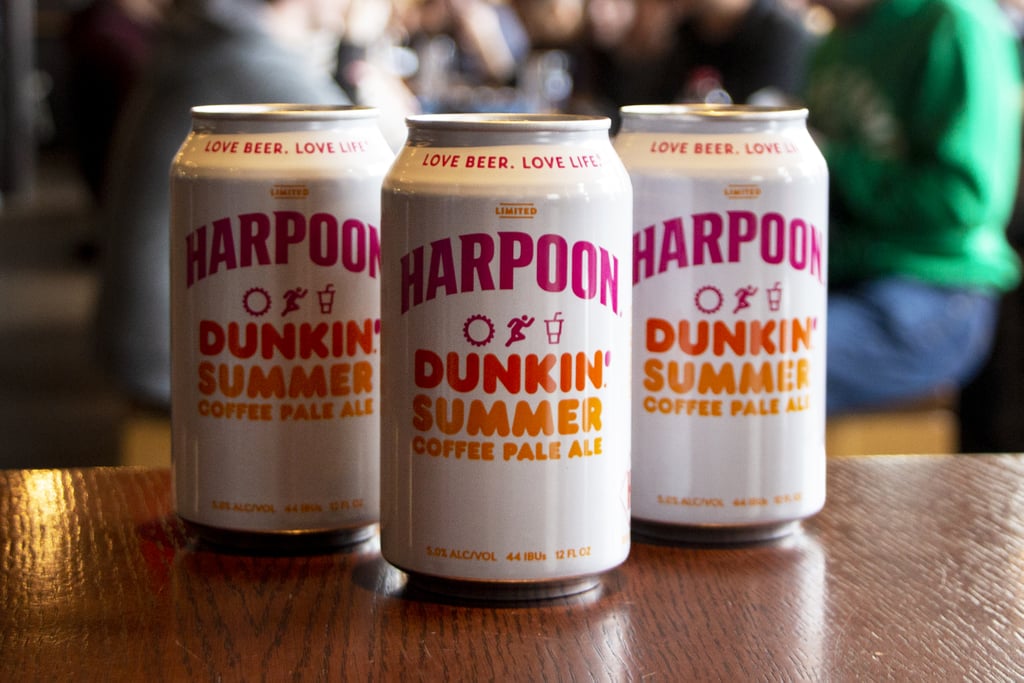 Good news, coffee enthusiasts! Dunkin' Donuts knows you love your morning cup, but it also knows that sometimes you just want to crack open an ice-cold beer — and it just released the best of both worlds. Following the release of its Harpoon Dunkin' Coffee Porter in 2018, the coffee chain has partnered with Harpoon Brewery again to bring us the Harpoon Dunkin' Summer Coffee Pale Ale.

"I just depleted the last of my private stash of Harpoon Dunkin' Coffee Porter the other day, so, selfishly, the timing on this launch couldn't be better," Dan Kenary, Harpoon's cofounder and CEO, said in a press release. "We ended last year's baseball season with the intro of Harpoon Dunkin' Coffee Porter, and we're excited to begin this season with the release of our Summer Coffee Pale Ale. Most importantly, it's a delicious beer — hoppy and vibrant with a nice coffee character."

Just in time for the warmer months ahead, the new coffee-flavored pale ale — inspired by Dunkin's beloved iced coffee — is perfectly portable and tastes best chilled. Currently available through the end of the Summer, the drink can be found on tap and in select retail locations across the Eastern US. Each 12-ounce can has a five percent ABV and pairs well with chipotle chicken tacos (per Harpoon's suggestion) or just a boozy brunch with friends. If it tastes as good as it sounds, then we need to get our hands on a can ASAP. Enjoy the seasonal drink while it lasts!

Food Reviews
I Tried Vera Wang's New Prosecco, and It Was a Holiday-Party Hit
by Anvita Reddy 6 hours ago