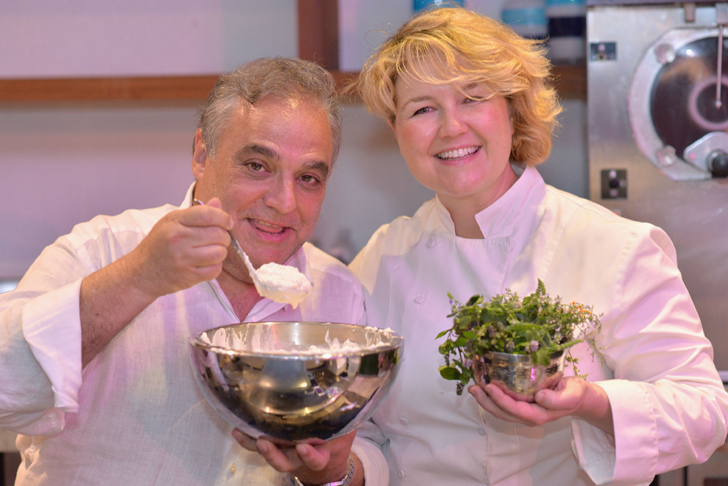 Jeni Britton Bauer of Jeni's Splendid Ice Creams arguably makes the best pints around, but what sets her apart is her incredible ability to translate the exact flavor, texture, and mouthfeel of her luxe ice creams into flawless recipes for the home cook. While at SOBEWFF, she sat down to discuss the sweet secrets behind her success. She's currently busy promoting her latest cookbook, Jeni's Splendid Ice Cream Desserts ($24), out May 20, which will contain the latest iteration of Blank Canvas, Jeni's famed ice cream base recipe. Her tenacity toward perfection has motivated her to revamp it again and again . . . and again, since 2008. Beyond the cookbook, Jeni shares what inspires her unique flavors and sundae toppings (powdered sugar doughnut gravel) and paints a very grueling picture of how intense this labor of ice-cream-making love is.

POPSUGAR: Tell us the story behind your ice cream base.
Jeni Britton Bauer: The first round took me a solid month. I was a new mom. I was at home with Gretta. Food & Wine called me and wanted a recipe for the magazine. I said, 'Give me a month, because it's a whole different beast. I can't just translate my recipe. You have different equipment at home.'

I noticed that a lot of ice cream makers throughout history use the standard 200-year-old ice cream recipe: four to six egg yolks, 3/4 cup of sugar, the exact same proportions. These are not the recipes that anyone uses in their businesses. When a food magazine calls them up and asks for a recipe, they go and look at a book. They take that recipe, and they add their flavors. It's the exact recipe, and frankly, it doesn't work on home machines.

What I wanted is Jeni's Ice Creams in a home kitchen. So at the end, it doesn't matter what the kitchen, equipment, or the flavor is. You don't have to get the ingredients from the store. I wanted the end product to be identical to what we produce in our big kitchen with all that fancy stuff.

It was over 100 batches of ice cream. It did not work for 96 of those batches. Finally, it worked. I sat down on the couch to eat it, and I said, 'Holy cow! We made it!' Gretta was on my back the whole time. Now she's 6. That was published, and we received such great feedback from readers. That recipe became the standard.

Then we did the book. And then I changed it again. And now, I've changed it even again. I don't do anything forever. I always go forward. I always want to tweak it. When the first book came out, new machines came out. Cuisinart changed its machine a little bit, and [the new machine] made the ice cream too dense. It was freezing too fast. So in my new book, I have a slightly updated version. All the old recipes still work, but I just updated it, tweaked it a little bit better. 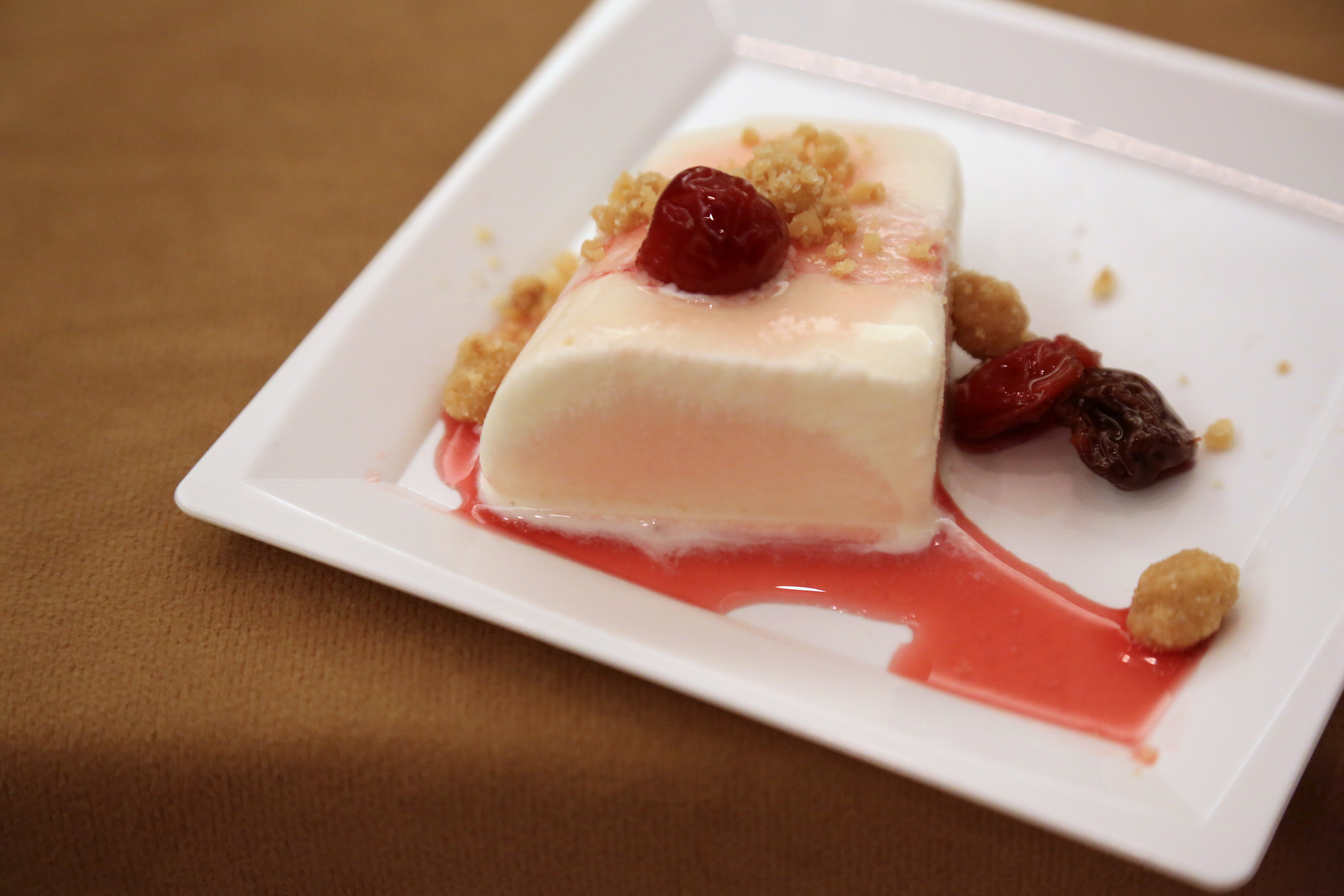 PS: Why did you include cream cheese and corn syrup in your ice cream base?
JBB: A little bit of corn syrup as a part of the overall sugar actually means that we can make the ice cream less sweet. Corn syrup is actually like 50 percent less sweet than white sugar. Corn syrup draws water. It's like a humectant. If you've ever put on a humectant skin cream, it attracts water, which is good for your skin. It's the same thing with ice cream and corn syrup. If you only use corn syrup, you would have a gummy ice cream. It would attract too much water and get sticky. Just a little bit really does the trick in ice cream. It helps build elasticity so when you're scooping it, it will roll instead of break off.

Cream cheese gives the ice cream more body. You can leave it out, and it will have just a thinner body. The one thing that people think a lot in my recipe is that the cream cheese replaces egg yolks and it does not. What replaces the egg yolks is cooking. When you cook the cream, the proteins and the sugar bond with the water in the milk and cream. Some of the water evaporates . . . ice cream making is all about tying up the water. That's the reason we don't have to use egg yolks in the recipe, because milk proteins actually do a better job than egg proteins. You just have to know how to unlock those secrets. 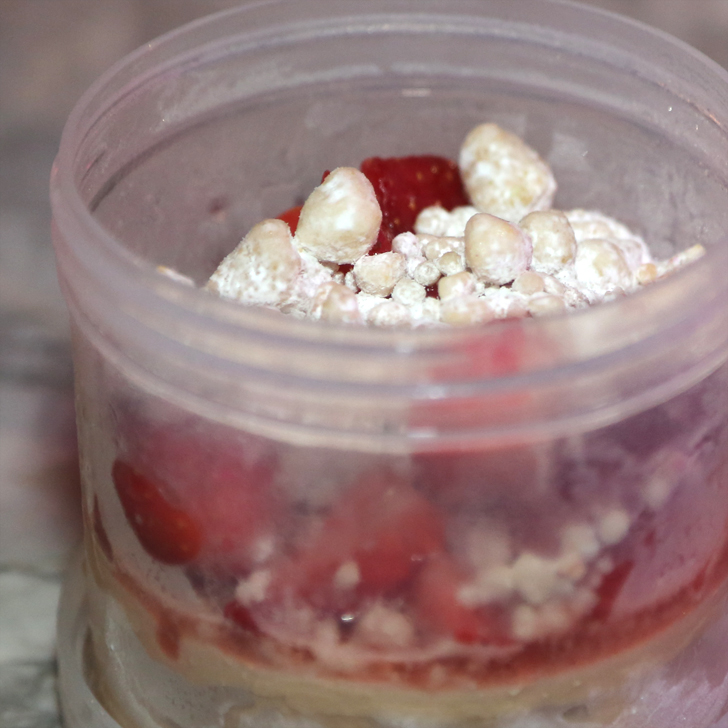 PS: Hostess recently reopened its factory. Did that prompt the creation of your powdered-sugar doughnut gravel?
JBB: No, that had nothing to do with it, but that's funny. What I wanted to do was have cakes, doughnuts, and stuff like that in our shop to pair with ice cream. But we had to do it in a way that was more sundae-friendly. Ice cream and doughnuts are really good together — let's make them into gravel. And our doughnut gravel is made with potato chips, because in the Midwest we make doughnut with potatoes. It gives [the gravel] that sort of fried potato flavor. That recipe will be in the new book too.

PS: So what does the sundae of your dreams look like?
JBB: I have the "One Night in Bangkok," which is in my first book and that's my favorite sundae. It's our spicy peanut butter ice cream with caramel sauce and peanuts. I also take our hazelnut ice cream sandwich, cut it in half, dump hot fudge on it . . . and I always order too much whipped cream, because nobody understands how much I want. I say, "When you think it's too much, it's just enough for me." I don't know why you need whipped cream on an ice cream sundae, but you do.

PS: Do trending food and flavors influence your ice creams?
JBB: It doesn't influence me at all. I'm in Ohio. I get suspicious of trends. Ideas are in the air; that's the truth. A lot of times, what one person is doing in another place, it's because of the ancestry of the ideas. We're all exposed to the same sort of influencers. I let what's in front of me inspire me. And I don't read any blogs, sorry! I don't read any food magazines. I kind of keep it simple. Now if I have a friend who's doing something awesome, then I can get very inspired by that.

PS: How do you come up with the ice cream flavors?
JBB: I have always said flavor surrounds you. I just keep my eyes and ears open. I love history. Wherever I am, I'm always thinking about people of another time. What if I could go back to where I'm standing at this moment, what if I could go back to the '30s or the '20s or the '10s or whatever. What were they eating? And what were they smelling? And how did the air smell then? You know how when you travel to another country, the air smells a little different, depending on what they're cooking, what kind of tea they like . . . so ice cream comes out of those things. Really history is such an important thing for me for that.

PS: If you were to start from scratch, would you pick ice cream? Or would you pick a different business?
JBB: Ice cream has to be the hardest food business; it absolutely has to be. It is not easy to make money, to keep it cold. The recipe is not easy, not the way we do it. It is very, very competitive, at the level that we're in. You'll hear people in business say this a lot, 'If I knew all the trouble that it would be, and how hard it would be, and how many people it would take, and how much money it would take . . .' I started with nothing, no money, just a small loan from the bank with my husband.

If I knew all the challenges that were in front of me, I would never have done it. I think ignorance is really great sometimes. And I think it's OK to just jump off the cliff. I did that 18 years ago, and I couldn't turn back. I'm so happy and glad that I'm doing what I'm doing. I can't imagine myself doing anything else, of course it's been almost half my life. At the end, we're so proud of our team and what we've been able to do.

PS: And what do you think has been the key to your success?
JBB: Longevity. Taking the long road, looking really far out, and never giving up. Get on a train and don't get off unless it crashes and burns or it arrives at the destination. Failure? Who cares? We fail way more than we succeed. You're the only one that cares. Don't even worry about it. Move on. Get on your next train. It's no big deal. Just move forward, one step every day.