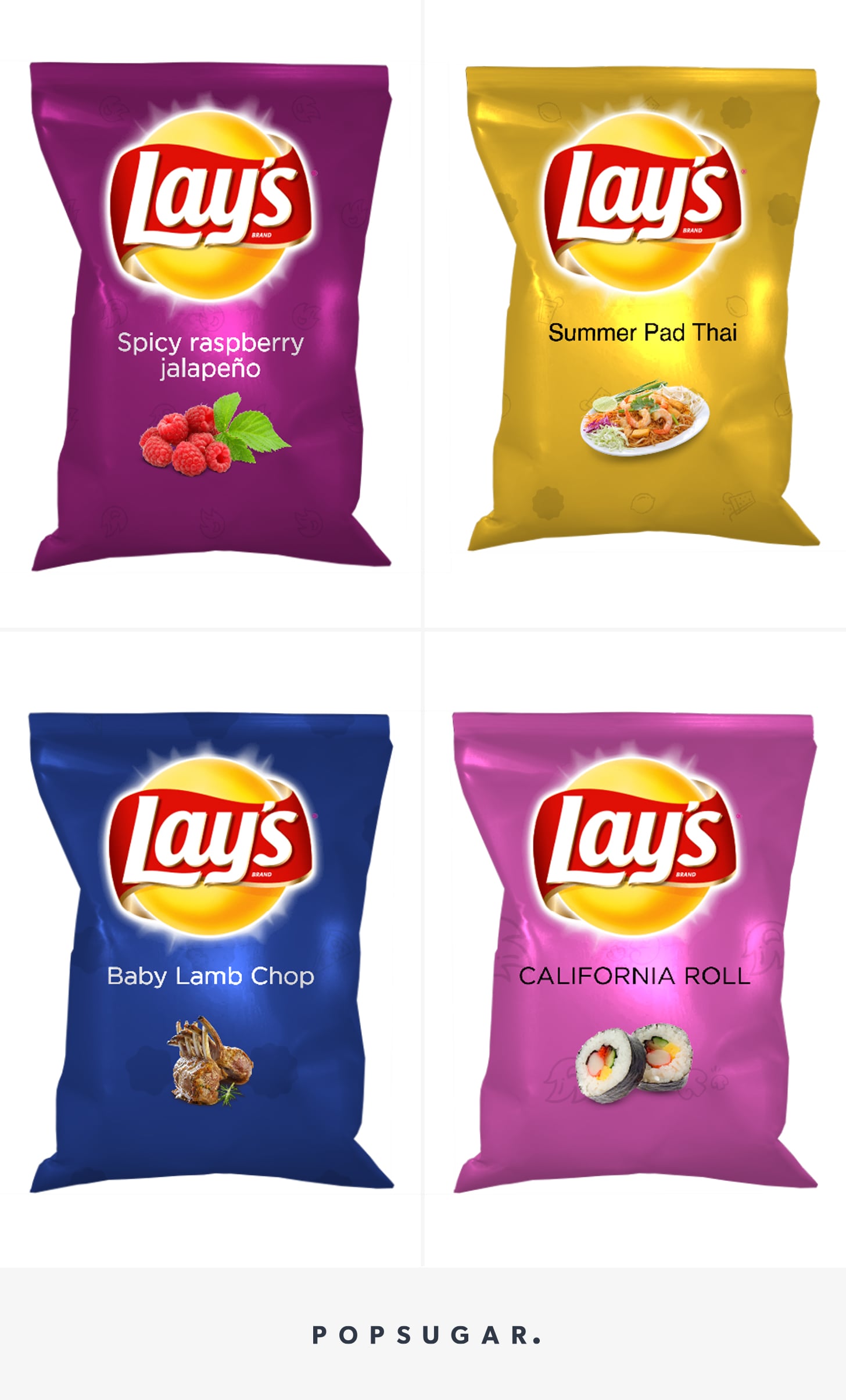 For the past few years, Lay's has held the "Do Us a Flavor" competition where anyone can pitch their very own potato chip flavor for a chance to win $1 million. For the fourth year in a row, a panel of judges made up of chefs, foodies, and flavor experts will narrow down the flavors to three finalists that will be developed by Frito-Lay and sold over the Summer. Consumers can then vote for their favorite flavor, and the winner will win the grand prize of $1 million. Don't feel too bad for the losers, though; semifinalists will still win $10,000, and the two runners-up will each take home $50,000.

In the past, some pretty unique flavor combinations have won the contest. In 2013, the winner was Cheesy Garlic Bread, followed by Wasabi Ginger in 2014 and Southern Biscuits and Gravy in 2015. In 2016, the contest was Olympics themed and included four finalists: Chinese Szechuan Chicken, Greek Tzatziki, Brazilian Picanha, and Indian Tikka Masala. This year's flavors aren't short on originality. They include flavors like Summer Pad Thai, Pickle Juice, and even Balsamic Pomegranate Parmesan.

Potato chip enthusiasts can head to the Do Us a Flavor site to check out the insane combinations people have come up with and even create your own.

When you're done, vote below on which chip flavor you'd be most excited to try.

Shopping Guide
These 23 Cooking Gifts Are So Useful, You'll Add Some to Your Wish List
by Anvita Reddy 2 days ago

Food News
These Chocolate Marshmallows Have a Sweet Peppermint Center — Holiday S'mores, Anyone?
by Karenna Meredith 15 hours ago