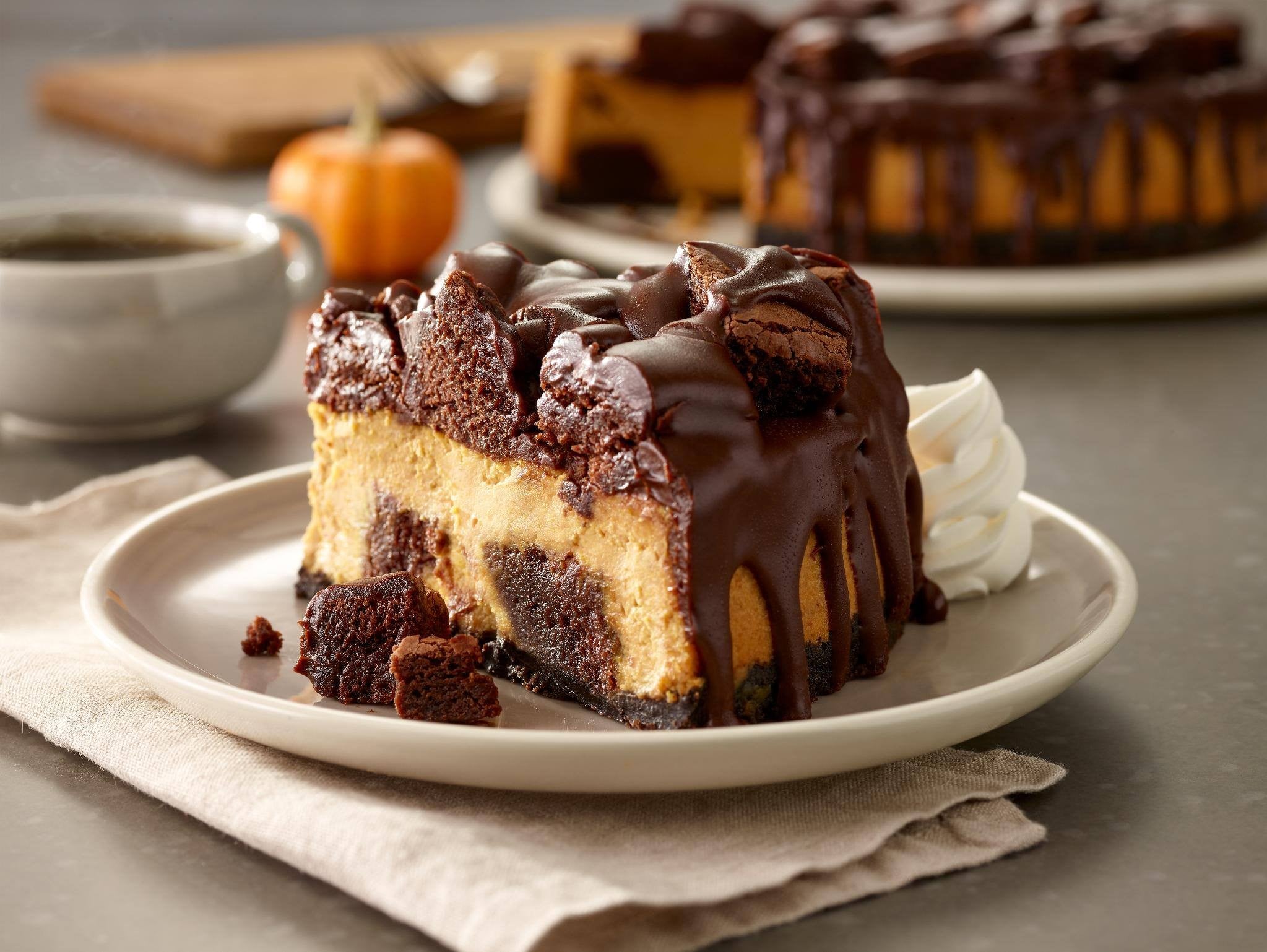 If you're heading to Olive Garden at some point in the next few weeks to plow through all those breadsticks and delicious pasta entrees, you might want to save some room in your stomach for the beloved Italian restaurant's newest dessert. Olive Garden is bringing its pumpkin cheesecake back to the menu — and this season, it has a twist.

Starting on Sept. 24, customers will be able to order Olive Garden's new Chocolate Chunkin' Pumpkin Cheesecake, which will be available on menus nationwide for a limited time. The new, fan-named dessert consists of a pumpkin cheesecake topped with a layer of brownie bites and drizzled with chocolate fudge. As if that doesn't already sound mouthwatering enough, the cake is baked on top of a chocolate cookie crust and filled with even more brownie bites before it's served with whipped cream. So, yeah, I guess I know where I'll be on Sept. 24. Do you?