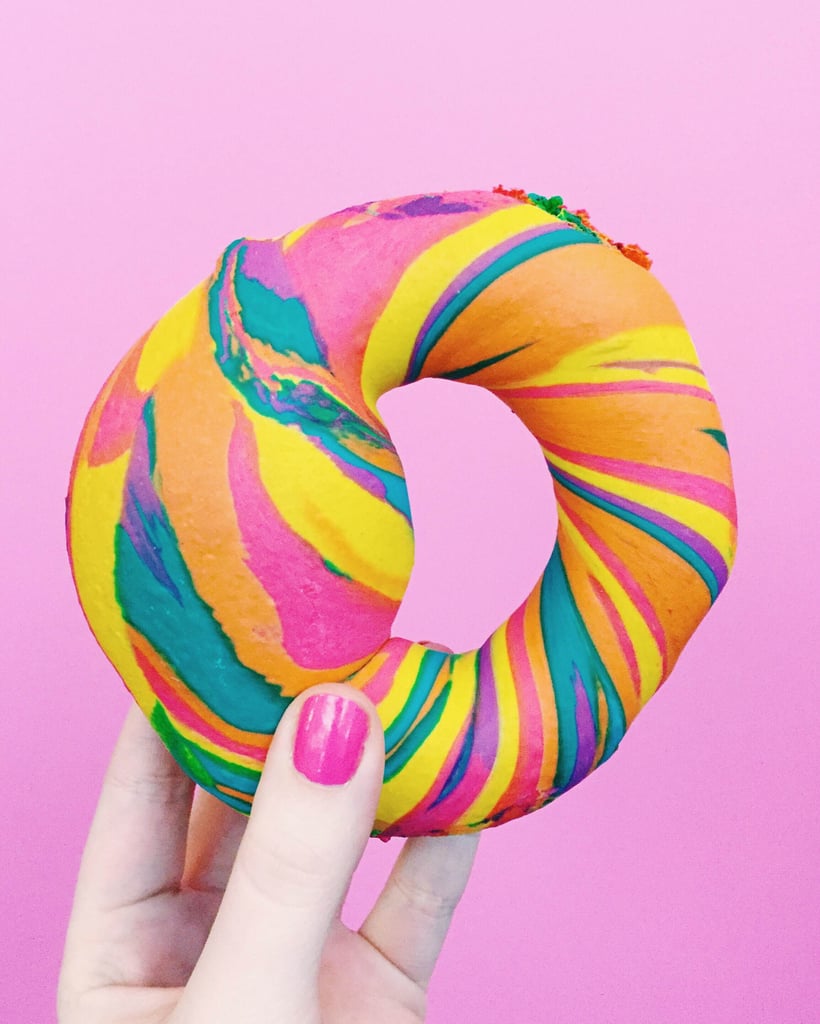 The Surprising Way a Bagel Became the New Cronut

The magical bakers at The Bagel Store in Brooklyn, NY, have recently taken over the Internet with their wonderful creation, the Rainbow Bagel, proving once and for all that, yes, we can have nice things.

Bagel Store owner Scot Rossillo has been making these beauties for 20 years now, but they have only recently become a viral sensation thanks, in part, to a video from Insider Food, shown below, that details the belabored process of making them.

Rainbow bagel is taking over Brooklyn

Brooklynites are losing their minds over this spectacular rainbow bagel.

Though it may taste like a plain bagel, a Rainbow Bagel requires double the work. The Bagel Store's process involves dyeing the dough with neon food coloring, separating the various colors in different piles, layering the colors on top of each other, and then rolling them into one multicolored string.

Here, see more photos of the new food trend that has everybody tripping out.