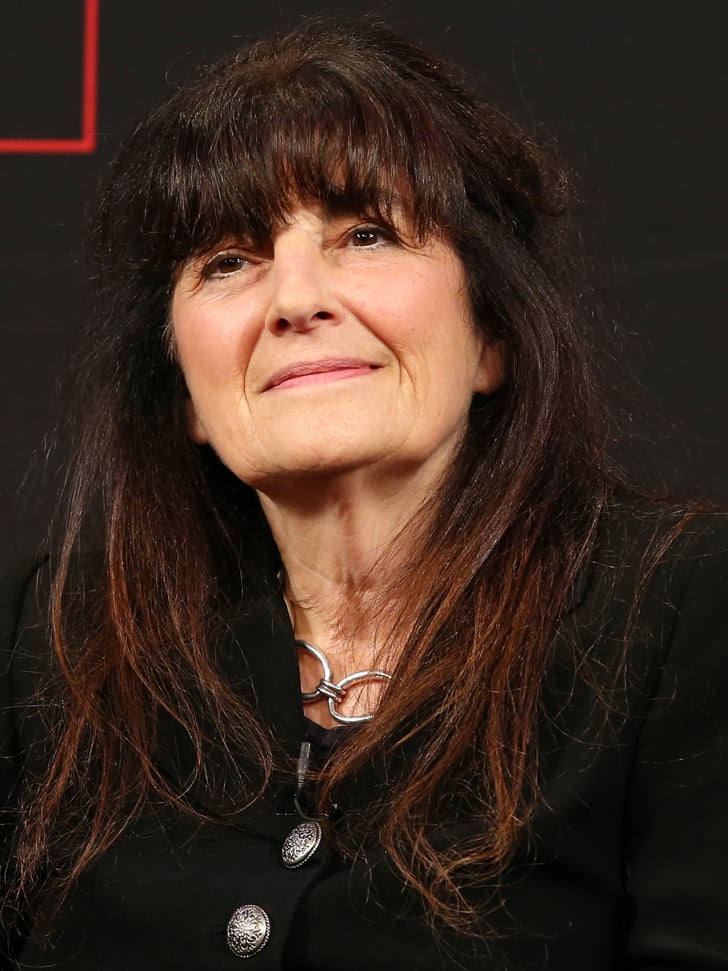 Ruth Reichl earned her fame over the past four decades for her nonfiction food writing, and she's showing no signs of slowing down or bowing out. In fact, she's expanding her repertoire; Delicious! ($27), out May 6, will be her first fictional work. At SOBEWFF, Ruth shared the main struggles she faced when writing the novel, her impressive lineup of books to come, and her surprisingly uplifting opinion of the future of food publications.

PS: How did the experience of writing fiction differ from all of your past nonfiction work?
RR: Nonfiction's easy. Fiction is hard. Everyone always says, "I've read your novels." And I always respond, "I don't believe I've ever written a novel." "Oh, you know, your memoirs read like novels. You aren't going to have any trouble writing a novel." Ha! It was a real learning experience doing this. I essentially wrote a book and threw it out. I realized I needed to know the backstory of all the characters, but my readers didn't. Like 200 pages of the first book are condensed down into three paragraphs. Everybody says your first novel is autobiographical. . . . I've done a lot of biographies, so I was really intent on making Billie, my main character, not me. However I would respond to a situation, she would respond in the opposite manner. I finally had to relax and let Billie be who she was. I have a contract with Random House to do a memoir/cookbook that comes off my Twitter feed and a Gourmet memoir. But when I handed in Delicious!, they said, "I want your next two novels." So I know what I'm doing for the next bit of my life.

PS: Food journalism has changed so much throughout your career. Where do you see it going?
RR: Food publications are starting up, in terms of magazines. You know, Cherry Bombe, Lucky Peach . . . they're both robust. How either of them do it, I don't know, given how few people put out these really good magazines. I'm surprised that so many newspaper food sections are folding. It seems really short-sighted to me, because people love food sections. They really do. It's a really good way for newspapers to cover their local community.

The thing that interests me is that the more social media food critics there are, the better professional food journalism becomes. When I started, there weren't a lot of good restaurant critics out there; you could probably name them on the fingers of one hand. And now there are a lot of people who have been pushed to be extremely knowledgeable. As food is part of the popular culture, there is always going to be a place for people who can teach us about new cuisines.

When I went to Chengdu Taste, everybody in that restaurant was Chinese. But they were Chinese people who went there because of Jonathan Gold's review. And I mentioned it to Francis Lam, because you could see — they had the review. Francis said, "I hadn't thought about that before but you make a really good point. Cantonese is my first language, but I don't read it and so I'm dependent on people like Jonathan to tell me where to go." And so many of the American-born Chinese people are following non-Chinese critics to Chinese restaurants, which is fascinating.

PS: Adam Platt, a New York Magazine restaurant critic, recently revealed his identity a few months ago. How do you feel about that decision?
RR: It was honest. I was very lucky to have been a critic in the pre-cellphone days, but I think today, being anonymous is virtually impossible unless you employ a full-time cosmetician. People are snapping photos. Journalistically, it was really smart, gets everybody talking. He's totally recognizable. I mean he's huge! How is he going to disguise himself? Let's just call a spade a spade.

PS: You have spoken about the food world still being a boys' club. Do you think things will change due to the uproar cased by Time magazine's Gods of Food issue?
RR: I think things are changing. Cherry Bombe is doing this Cherry Jubilee Conference, and the real issue for women in the food world is families. You've seen people opting out in their mid-30s, because suddenly having a family and having punishing restaurant work, is really difficult. Men have the little women staying at home and watching the family. It's not just in the food industry, but in industries generally, are going to have to figure out something innovative like job sharing, so people can have a life.

PS: You have such an adventurous palate, but are there any foods that you just can't stomach?
RR: I'll eat anything, I really will. I mean, I'll taste it. I loathe honey. Actually, it was how I connected to MFK Fisher. When I went to interview her for the first time and I was so nervous. She was my goddess. I was doing this interview for Ms. Magazine. I went to her house; she offered me tea and said, "I'm sorry I don't have any honey." And I said, "Ugh, can't stand it." And she couldn't either, "Oh! Honey! Hate it, hate it." It was this instant bond. Honey haters of the world unite.

PS: You declared that LA is the most important dining city right now. What has been your last noteworthy meal there?
RR: Chengdu Taste. I just love that food so much, and there is nothing remotely like that in New York. It's such a treat. At Chengdu Taste, the waiter said, "We have a new dish, it's only available for one month a year. We call it Szechuan spring vegetable." It's something called celtuce, which I've never had before — it's lettuce stem. And my guess is that LA is probably the only place in America where they're serving Szechuan spring vegetable. The thing about LA that's so amazing is because of the demographics, you have the most authentic ethnic experiences there. And that doesn't happen anywhere else. I think that's why it's such an important place for so many chefs.

PS: For those who want to follow in your footsteps, what advice do you have to give?
RR: First of all, eat everything. Really train your palate. Secondly, make yourself an expert in something arcane. Specializing is a really good way to make yourself valuable. Thirdly, read really good food writers and see what they do. There's some people out there who are such a pleasure to read and use words in such a wonderful way. It's really good training for your own ear.