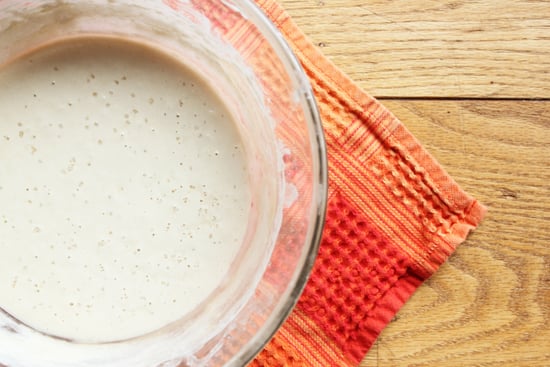 What if you could simply conjure ingredients out of thin air? It sounds like something out of a Star Trek episode, but it's absolutely possible in one instance: sourdough bread. This tangy, fluffy bread gets its start as a simple fermented flour and water mixture that pulls its yeast fungi straight from the air! While you can certainly bake delicious bread using the dry active yeast that comes in sealed packets, fermenting your own sourdough starter at home will give your loaf a distinct flavor from, say, a baker in Maryland or North Dakota, thanks to the yeast organisms indigenous to your area.

Yeast and its naturally forming bacterial friend lactobacillus also help to keep out the bad stuff that causes food to rot. As long as you regularly "feed" your starter mixture, you can leave it out on the counter without fear of poisoning bread fans. And while it makes a fine loaf, don't be afraid to try it out in pancakes, pizza crust, biscuits, cakes, and other baked goods. That sour flavor that develops from the starter's lactic acid makes everything taste delicious!

Though cultivating your own culture sounds like a mad scientist's experiment, this petri dish will only take 10 minutes out of your day — while yielding a bounty of baking options. So read on for this simply sour recipe.

You can use bread flour, wheat flour, white flour, or a mixture of the three for this starter recipe. Wheat apparently ferments more efficiently, but I used all bread flour, and my starter turned out wonderfully.

OREO
This 3-Ingredient, No-Bake Oreo Fudge Recipe Is Perfect for Summer
by Kaley Rohlinger 17 hours ago