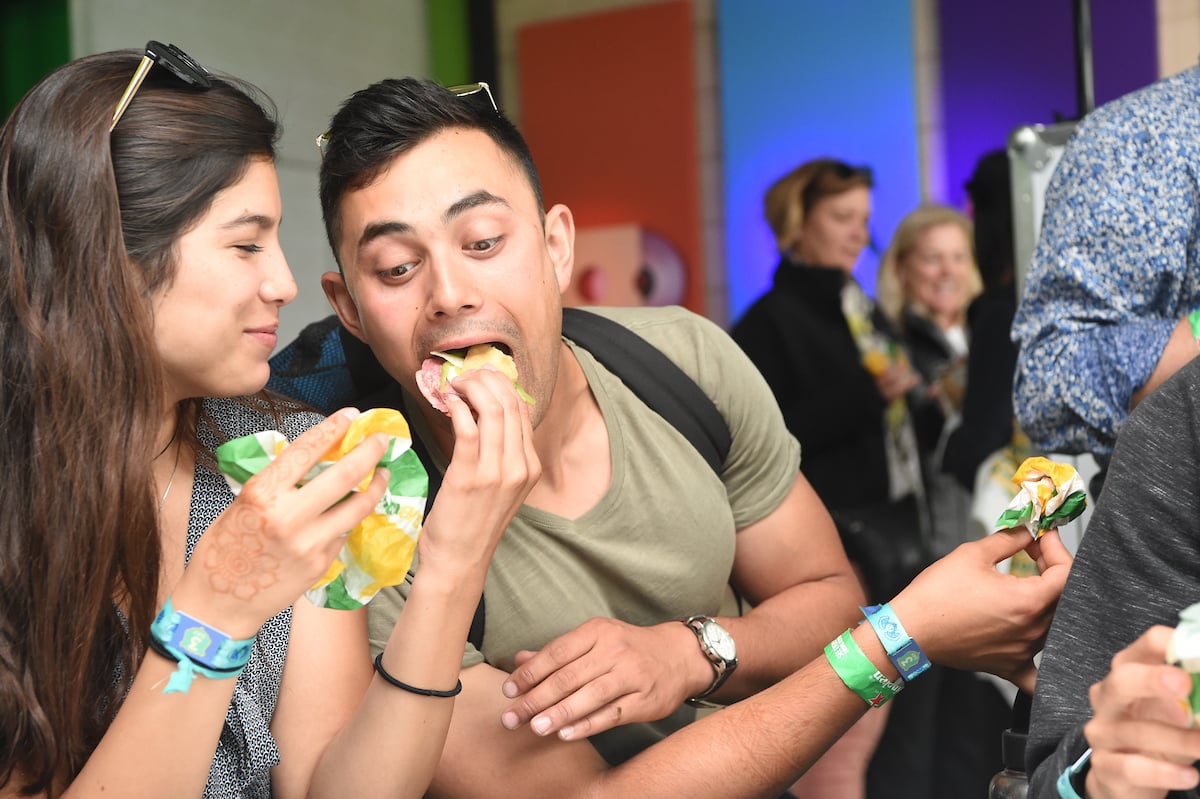 I sought out Subway's Executive Chef Chris Martone while trying his new sandwiches at The Green Room during Outside Lands. I had to get the scoop on little known facts about Subway's latest offerings and see if he could share a few secrets from the test kitchen. It turns out, there's a LOT going on at Subway and many reasons why you'll want to hit one up in each region of America.

One of Subway's newest sandwich prototypes is a Pico de Gallo Chicken Wrap. "I've been pushing things [like pico de gallo and Veracruz sauce]. It's been missing on our menu," Chef Martone explained. Part of the challenge of being the executive chef of Subway is to make use of the ingredients already on hand. Fortunately, Chef Martone has a lot to work with, especially when it comes to the fresh pico de gallo he's testing. "We already have all the vegetables in our restaurants. We can make pico de gallo every day [in house]. Cut up the onions, jalapeños, and tomatoes, and then we've developed a seasoning packet for them." This pico de gallo is currently available at Subway's new Fresh Forward restaurants. Chef Martone describes the Veracruz sauce as a "salsa verde," which also goes in the Pico de Gallo Chicken Wrap.

2) Michigan has a chicken enchilada sandwich.

Local markets can "choose [new] things that they promote." One of the sandwiches chef invented was a chicken enchilada melt with chicken, enchilada sauce, and Fritos, toasted with cheddar cheese. As of June, you can get it in Michigan, but if your local Subway doesn't carry it, request it!

I've always wondered why some Subways have fresh avocado while others have a guacamole-like spread. It turns out Subway locations can also opt in to use either. Southern California locations prefer dicing up the fresh fruit. If you want your location to start scooping up fresh avo, let them know! Which leads me to my next point: you can technically order avocado toast at Subway. Have them toast the bread then slather avo on top. A few tomato slices (or toppings of your choice), salt, and pepper, and you have your avo toast on the cheap. 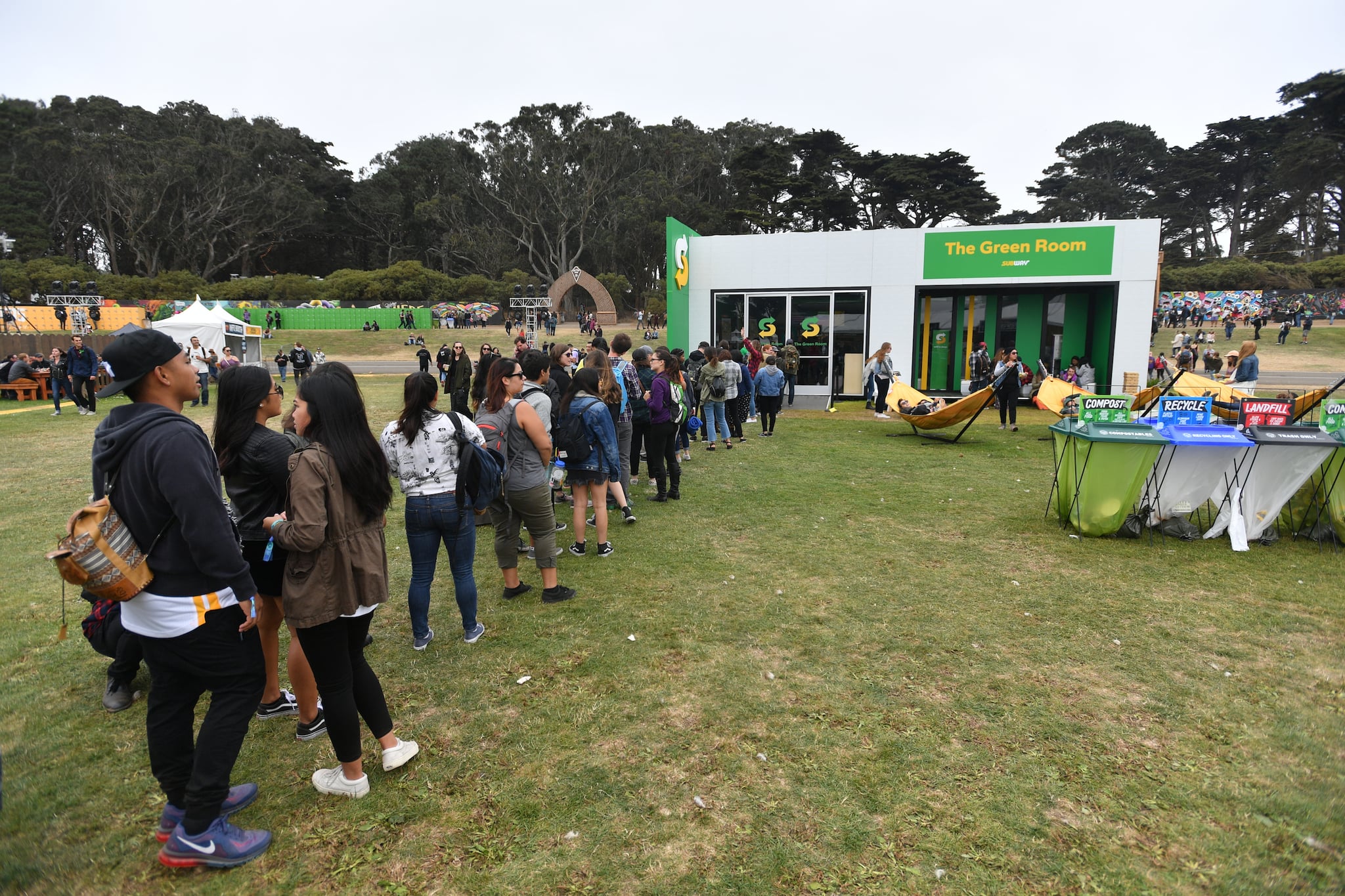 4) One out of three Subway locations serves creamy sriracha sauce.

I can't wait to request a drizzle of creamy sriracha sauce on aforementioned avocado toast. "It has got good fire to it," Chef Martone promises. "But you can taste there's red bell pepper in it, so you get a little sweetness in it. There's depth — not just fire." Try it with the chicken teriyaki sandwich, the chef advises.

5) On the East Coast, you can get fresh mozzarella.

"I've heard just crazy things, like the tuna with meatballs," Chef told me. In all honesty, I'd be down to try it at least once.

7) The meaning of the BMT acronym is unknown.

The BMT sandwich has always been my favorite thing to order at Subway, but its acronym has always puzzled my friends and me over the years. I asked the chef, and even he says he's not quite sure. "There are two stories around the office. From what I understand of the first one, if you think back to our original [store], it was all named after the subway system in New York. From what I was told, it [stands for] Brooklyn-Manhattan Transfer. Then, I guess, back in the '80s, they called it 'Biggest, Meatiest, Tastiest.' But I like the subway story better with it," Chef Martone recounts.

8) Can you guess the top three bestsellers?

"Turkey's number one. You can't knock that off the top," Chef says. Next would be tuna, followed by meatball. Have you tried all three?

Halloween
Say It Ain't So! We Won't Be Getting Any Halloween or Holiday Peeps This Year
by Camila Barbeito 4 days ago